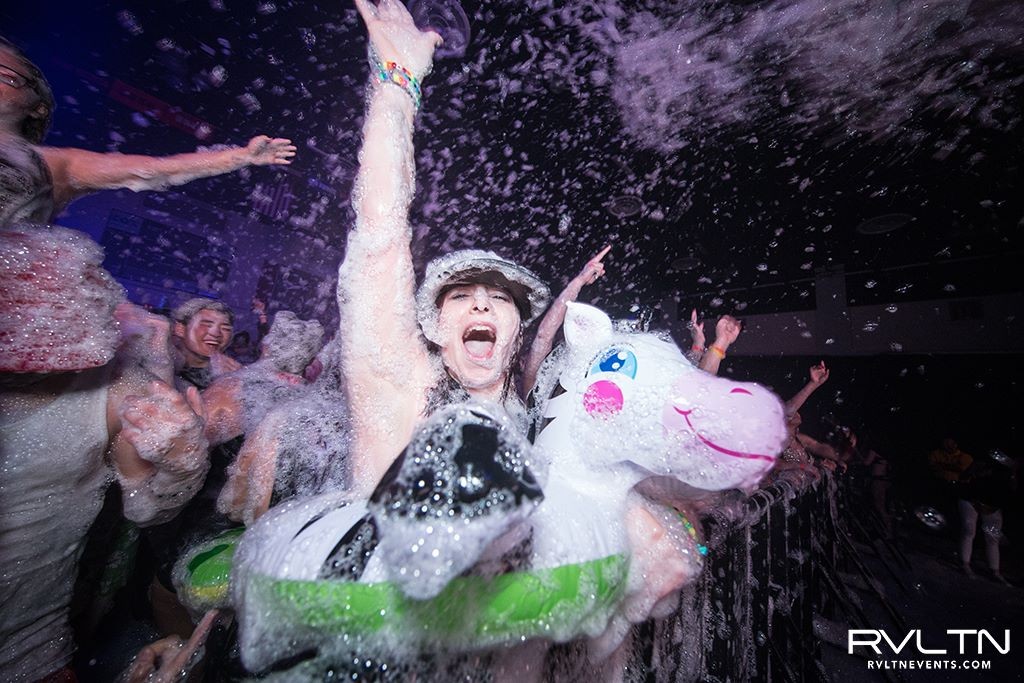 You’d think that the city that’s seen LED Chandeliers, firework displays, and multiple tons of confetti showers a week would have had one foam party by now. Alas, Sin City’s first legit outing of suds happened this last weekend at UNLV‘s Cox Pavillion for Ravealation and Foam Wonderland‘s sold out affair. The madness lasted for a good seven hours, and there were some valuable takeaways from all the fun had. Here are some things anyone who may be planning a similar event should really take note of:

Book a list of artists that will wipe everyone out

​There’s nothing wrong with building the energy up and bringing it down like an arc with some good old proper house music, but when you’re dealing with such a daring element as Foam, the selection of music should be heavy at all times. The lineup for this event had zero issues with committing mass murder in their sets: the combination of J. Phelpz, UZ, HeRobust, G. Jones, and Kayzo was as intimidating as it was exciting. We’re happy to report that the diffrences in sounds and styles between all of the artists kept the masses thrashing about in a consistent flow without breaking anyone’s hip. 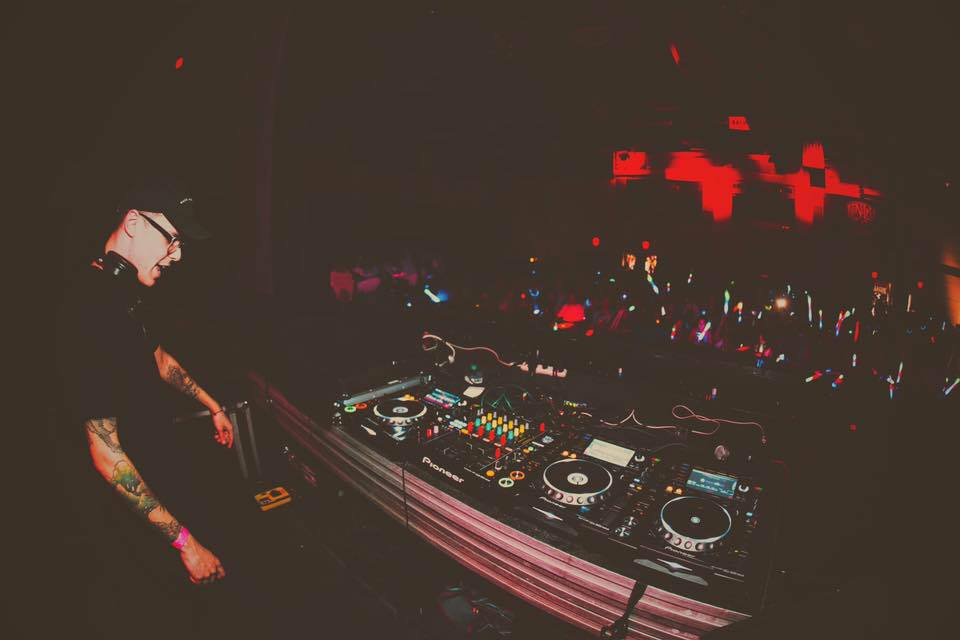 Your support better be as good as your main acts
The music is always an important aspect of a given event, but the main attraction was the wet and rowdy party that people were set to get to ASAP; knowing there was going to be a packed house from 8:01PM on, Ravealation did their duty of finding some of the best local talent to keep a consistent quality going. Longtime resident BombMakers were an obvious choice with a high-octane style of performance that has only gotten better since the first time we saw them a couple of years back. They were joined by the Artist Mafia collective’s Laissez Faire and contest winner TSiMZ, who proved why he gained so many votes in such a short time with an incredible thirty minute set. If you came in without knowing when the event started you would have thought it was going on for hours. 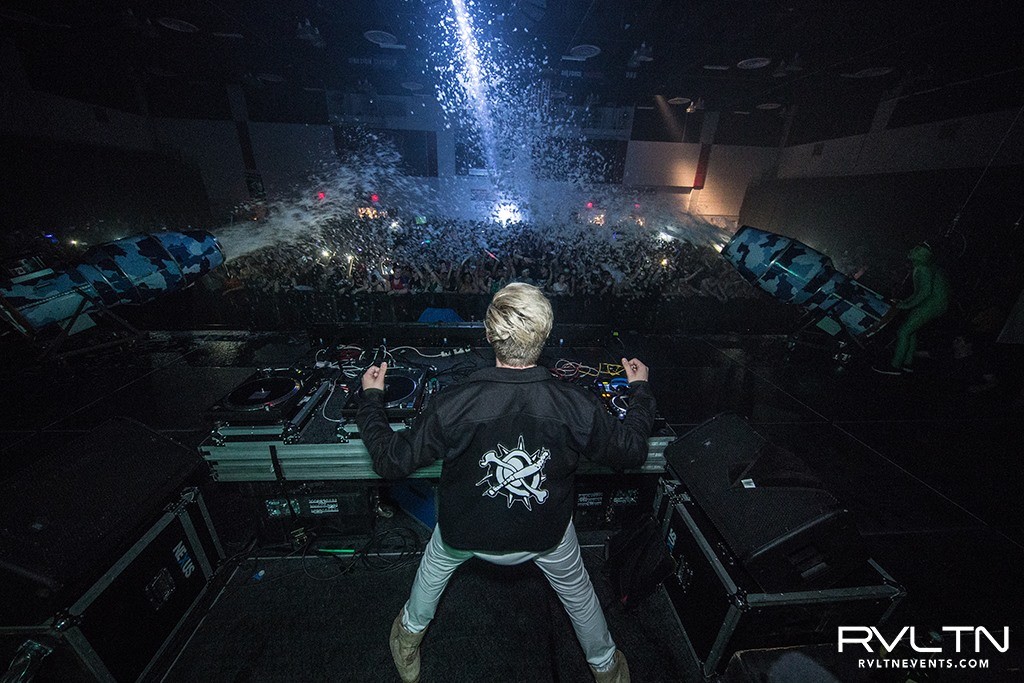 Give people enough room to witness the action, too
Cox Pavillion is a territory no electronic show has taken advantage of yet, so it was interesting to see what would be done with the would-be sports arena. With the bleachers moved to the sides, the middle of the floor was perfect shooting range for the several blasts of suds to hit it. Better still, the back left and right corners were perfect to witness the insanity without being in the splash zone. Watching all of the airborne globs of foam changing color with the light before it made contact with the people and the floaties they brought with them was a visual show in itself. 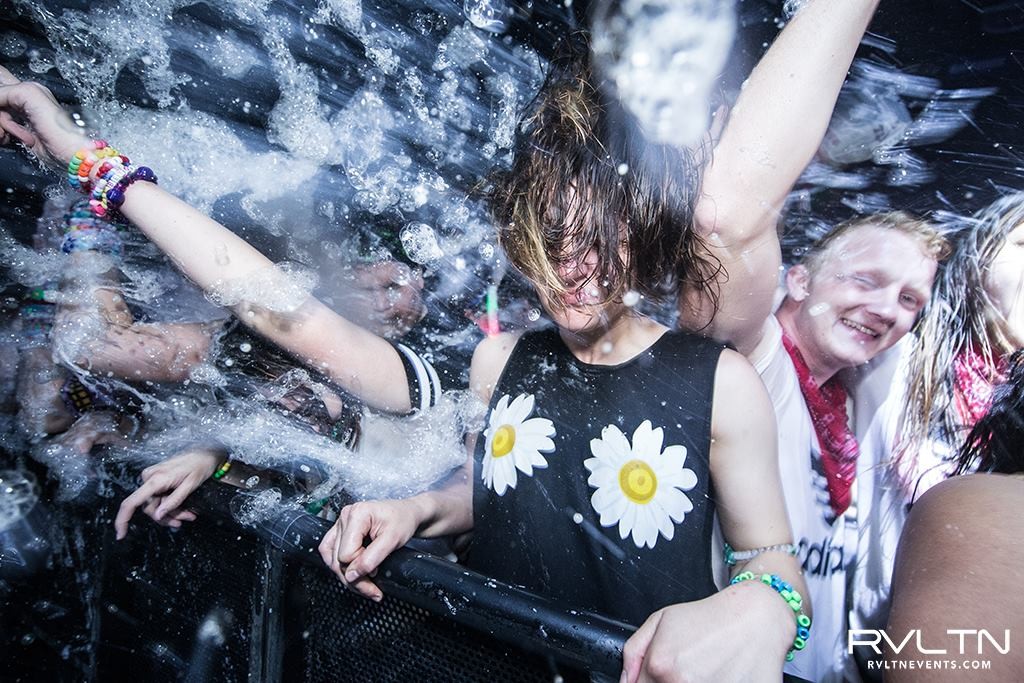 Stuff faces before you melt them off
A sports arena has never done the dance music community wrong both because of its huge floorspace and because of the eaqually as big relaxation/concessions area behind it. There were several areas for people to take a quick snack break, a quick dinner break at the barbecue that was open, a full bar and craft beer area for a drink or seven, and a Dairy Queen. Yes, a Dairy Queen was open at the rave. Whoever made that decision needs an immediate raise. 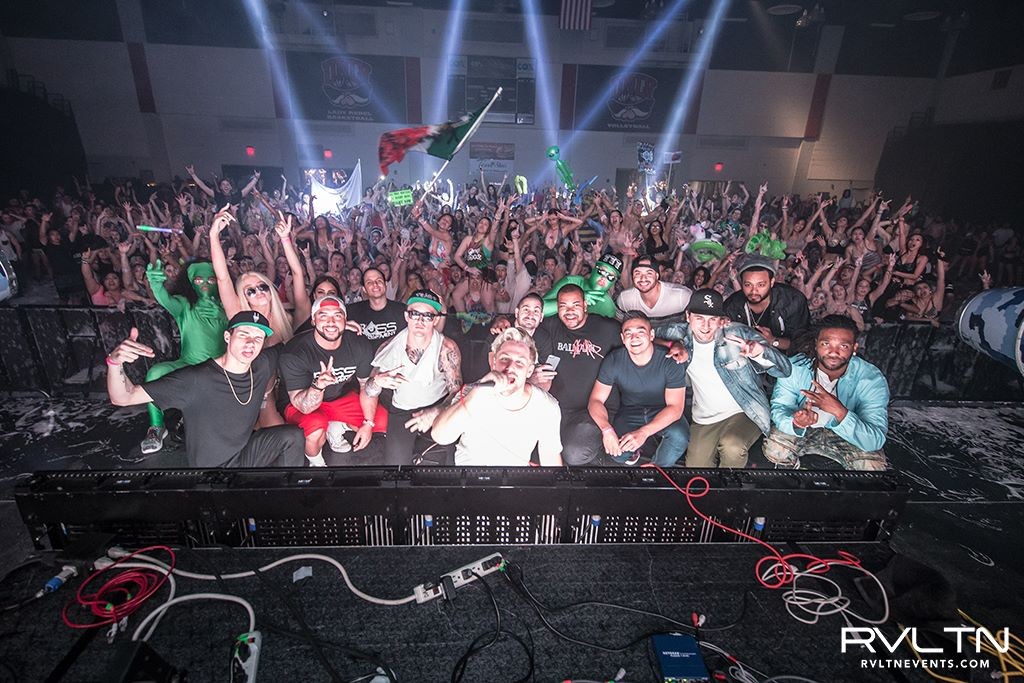 Make sure the right people put it together
Foam Wonderland’s search for the right people to collaborate with needn’t have gone any further than Ravealation, who in their short two years of being in business has made themselves one of the best names for all audiences in Vegas’s local dance music scene. Everything we mentioned above was all thanks to this promoter’s experience with smart planning. Never ones to hold back on a challenge, they’re in rare form as usual with this new venture. As both the Dance Music scene and Vegas specifically starts to move away from commercial Dance Music and more attention is made to a diverse array of experiences, here is a great group of people to look at as a standard for throwing a good event…with or without bubbles.
Check out all of the official photos for the event here and keep updated on any future events at Ravealation’s website.
Share
0
Share
0
Share
0
Share
0