Ask anyone what a massive highlight from Above & Beyond‘s 100th Group Therapy Radio Show in New York City was and the answer is more than likely to be one of the three productions that nailed San Diego DJ/Producer Jason Ross‘s name to the their label’s roster. He’s come a long way since breaking out a year and change ago by putting out a slew of originals as a loyal member of the Anjuna ecosystem. From a dynamic track in the middle of that landmark set at Madison Square Garden to a staple at the climax of the label boss trio’s shows for several months following, his most buzzed about original “Atlas” with fellow artist Wrechiski is responsible for inspiring positivity in dark times and a full dose of euphoria amongst an already glowing festival atmosphere.
The scariest thing you can do when you create that much of a stir is conjure a sequel to follow it up. Jason and Wrechiski decided to take the challenge of making sure that their next effort Frontier would defeat the stereotype that any sequel, be it a song, movie, or TV Series, is usually sub-par. “It’s cool actually, for Atlas he made the original idea and for Frontier it was my original idea.” Ross talked about how easy it was to revive the same magic that the two created before. “We work really well, we just sent the project back and forth and built upon it.” The pair’s top objective was to make something fresh and not completely similar to it’s predecessor; even on the first listen, one can hear a stark diffrence in influence, but recieve that same euphoric feeling. 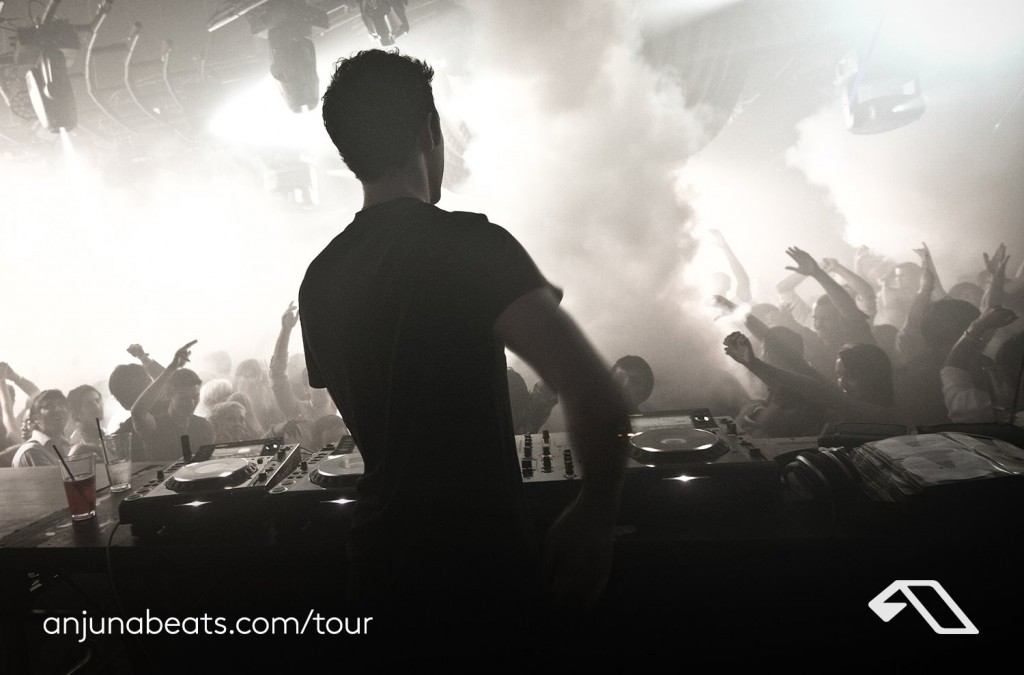 ​When it comes to inspirations behind the musical influence in his tracks, the main ingredient turned out to be what went from the speakers of his mom’s car to his much younger and impressionable ears. “[My mom] would drive me around and we’d listen to a lot of Persian music…there was so much passion and energy in it…it drove me to create that same peak emotion,” he states, contributing to the point that there’s nothing more influential than the music you heard on the way to Middle School. Jason notes that what awakened the passion to include that in club oriented tracks was experiencing labelmate Ilan Bluestone‘s “Sinai” on the first ever ABGT. “When I first heard that, all my worries just went away. For months after that I was scouring the internet for tribal sounds that would get me to something close to that.” Essentially, Ross took his muse to bring the tribal and ethnic vibes he’s enjoyed throughout his life onto the dancefloor in hopes to bring about a more unique shade to the progressive trance he’s always spun.

Ross has been a seasoned DJ for a good chunk of time before he broke out as a producer. In a newer atmosphere of electronic music where the opposite is more bound to happen, it is refreshing to hear of someone who recieved their expertise on making music from playing out tracks they love and want to make themselves to a live audience. “The thing I looked for [while opening at clubs] was seeing what made that first person start to dance,” he elaborates. “Was it the goove? The melody? [These observations] helped me get a better idea of what works.” Exposing himself to this kind of environment from a performer’s perspective also helps him in terms of his inuition in the studio. “I get a good idea per track of whether a song has everything it needs to work…seeing if the whole thing is interesting, things are building on top of each other, and if the drop makes sense.”

His current lifestyle is more impacted than it’s ever been with Ross DJing on tour in North America with fellow labelmates ilan Bluestone, Grum, and Andrew Bayer. The homecoming run through California may have been the most sentimental time of the last few months, but Ross has also found high points in places he recently discovered, one place in particular being Texas. “The barbeque there- oh my god…we had one big meal in Austin and I was just done for the day.” But food comas aren’t the only thing worth travelling for as the touring life gave him the oppourtunity to see rare sights like the Alamo, which Ross recalls as a high point of the last few months. “Sometimes it’s impossible, obviously, but I always try to see the history of the cities that I go to.”

The travel has been an amazing experience and one people would believe would be akin to that of a reckless party type- however, it’s a lot less overly extravagant of a time for Jason. “I treat this like a 9 to 5 in the sense that I want to create consistency. I go to bed early, wake up early, and get everything done for the day before I go in the studio because I really want to make sure I have a clear mind.” Consistency and discipline are two of the chief traits of an artist who will have a longer career than average, and it’s what helps Jason put his all behind the decks in all of his tour stops as well as when in front of a blank or unfinished page in his Digital Audio Workstation. When asked about what work ethic he’d stand by more than anything else, the final answer was simple: “You need to feel good, you need to be awake, you need to get in it and stay in it.” 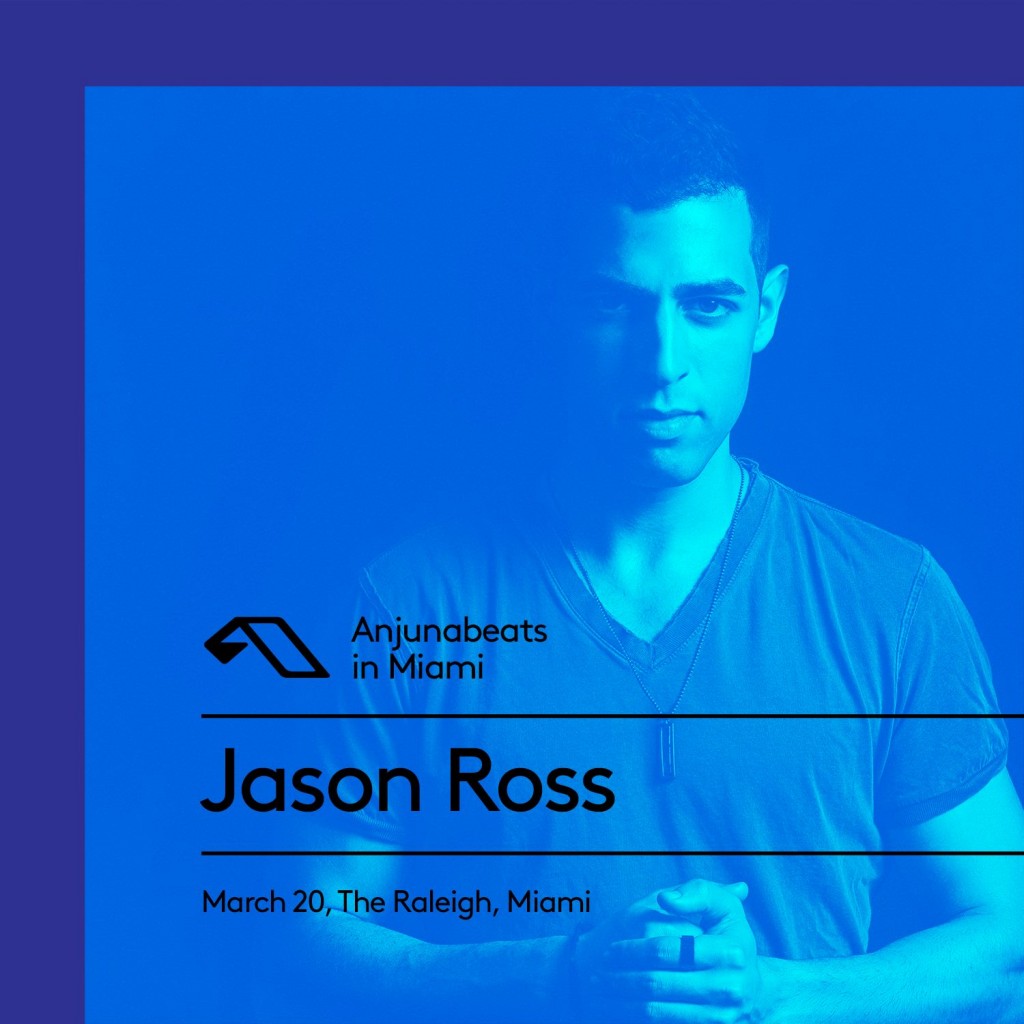 With the premiere of his new single “Coaster” on last weeks ABGT, Jason continues swiftly towards the new horizons that await him. This includes helping to mold new talents like Soar, an alumnus of Ross’s Masterclass Series– Soar’s newest track with Suspect 44 is one that Jason claims to play in all of his sets. The Masterclass, in preparation for it’s second go-around, is an intimate set of sessions that has value beyond just a series of group and one on one time. “We have a private facebook group for everyone who attended the class where they not only can talk to me, but can interact with everyone else who did the class. It’s really cool to have a collective of aspiring producers sharing the work theyre doing, getting feedback, and posting up cool production videos they found.” California’s rising star looks to be in prime shape to continue touching people with music and contributing the ideas that got him where he is to those willing to listen.

Get a load of all of Jason’s work on Soundcloud, a detailed account of his professional life on Facebook and enjoy his quirks on Snapchat @DJJasonRoss.