Well, many people saw this coming. Following the whole debacle that is the failed Fyre Festival, a federal class action lawsuit has been filed. Filed by Geragos & Geragos, APC, on behalf of Daniel Jung, the lawsuit names Ja Rule and Billy McFarland, in addition to Fyre Media Inc.

The suit anticipates a class of “more than 150 “plaintiffs for whom it seeks a minimum of $100 million. Geragos will be busy over the upcoming week seeking out other litigants to join the suit, which alleges that the “festival’s lack of adequate food, water, shelter, and medical care created a dangerous and panicked situation among attendees — suddenly finding themselves stranded on a remote island without basic provisions — that was closer to ‘The Hunger Games’ or ‘Lord of the Flies’ than Coachella.”

The suit claims as its causes of action: fraud, breach of contract, breach of covenant of good faith and negligent misrepresentation and seeks a minimum of $100 million in damages. It is believed a crowd of approximately 6,000 attendees was expected to attend the festival, though it is unclear how many tickets were actually sold.

Check out the first page of the lawsuit below. 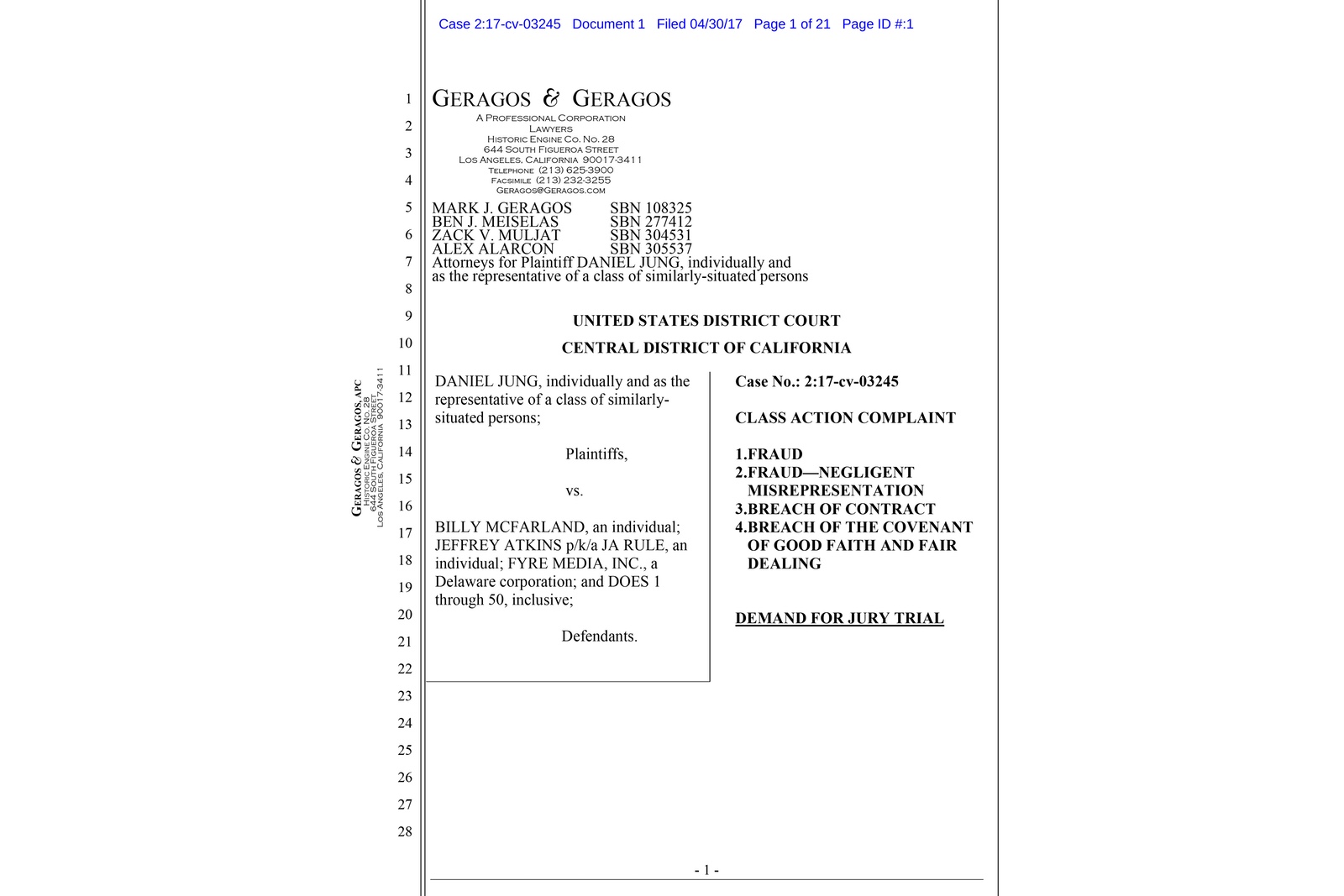