Dirtybird’s newest golden boys, New York duo Walker & Royce, announce today that they will set out on a border-hopping fall tour sponsored by the label. The four-month jaunt is both a celebration of and an introduction to their highly-anticipated debut album Self Help. Armed with these fresh productions, all boasting the duo’s signature party-ready yet emotional sound design, Samuel Walker and Gavin Royce have something irresistible to offer fans at every stop.

Walker & Royce’s Self Help tour kicks off with a run of European dates, culminating with shows at Germany’s Kater Blau and Egg London. They then turn their sights back towards home, kicking off the U.S. leg of the tour with a weekend at October’s Dirtybird Campout. From there, Walker & Royce begin their victory lap across North America with a slew of club and festival gigs; notable stops include San Francisco’s Halycon, Chicago’s Spybar, Detroit’s Grasshopper Underground, Los Angeles’ Sound and San Diego’s Bang Bang, with more dates set to be announced soon.

Walker & Royce have also released a visual portrayal of the lead single off their album and one of the most notable tracks of summer 2017, ‘Take Me To Your Leader’. The music video showcases what Gavin and Sam, along with longtime friend and collaborator Dances With White Girls, do equally well in their productions: telling a story that takes fans on a journey, and having a hell of a lot of fun along the way. Inspired by old-school pulp alien films Dances’ antics in equal measure, the music video is the ideal visual representation of one of Walker & Royce’s biggest songs to date.

It is this interconnection between producer and vocalist that helps to create the deep sense of emotion felt throughout the release. By giving up the bedrock of song structure to the creative process of the vocalist, Walker & Royce explore a selfless and diversely passionate style of production known by few. Their journey is one defined by such relationships and this album stands as a culmination of the highs and lows shared along the way.

Self Help puts forth a career-defining debut album – an immensely clever project that lures listeners in with club-ready grooves only to leave them in contemplation. Walker & Royce invite you to get lost in the flowing constructs of their imagination while they search for the constantly evolving remedy of Self Help. 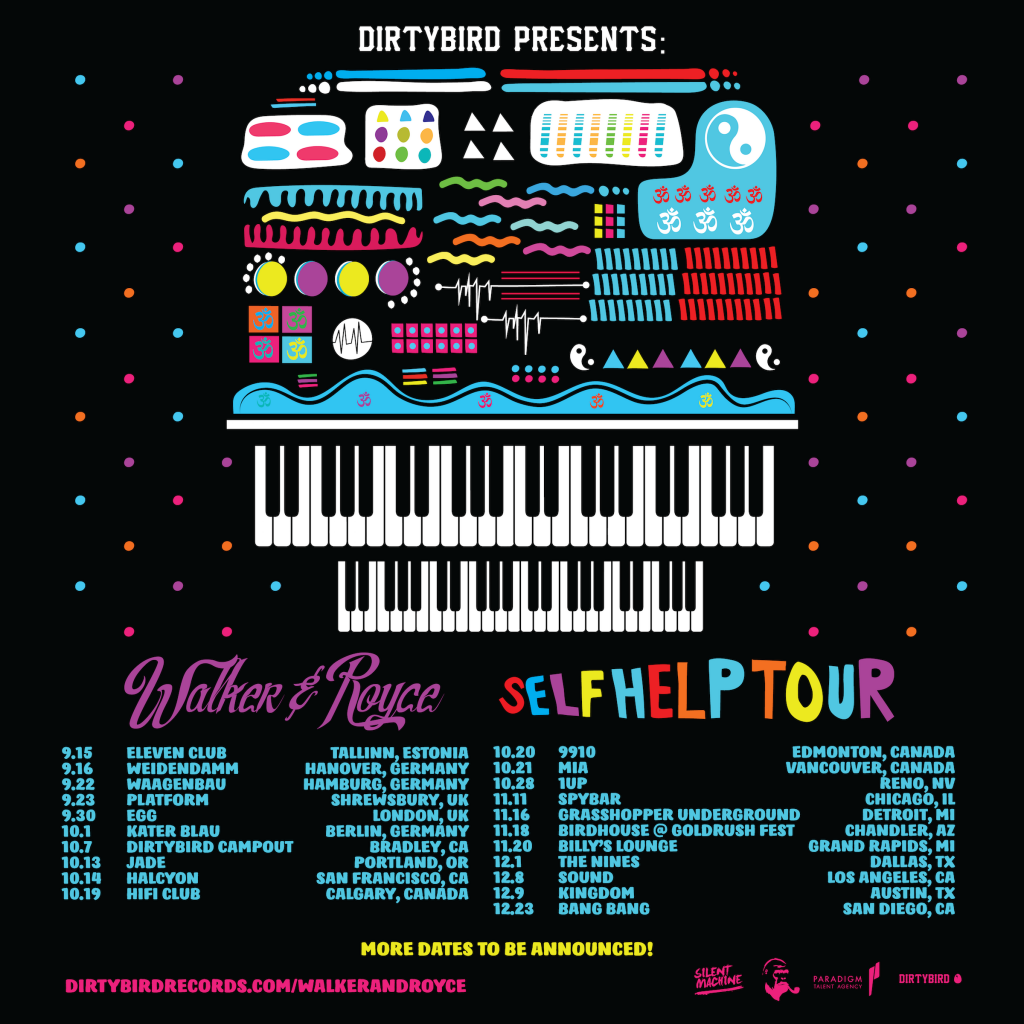