With so many stages, comes an even bigger lineup, and even harder choices to create your perfect schedule.

Every stage is catered to each headliners taste in music, from techno, drum and bass, to trance, and dubstep. We’ve got you covered when it comes to the best artists to see at EDC that have alter-ego’s, collaborations, and back-to-back sets that you won’t want to miss!

Big league trance producers, Giusseppe Ottoviani and Solarstone have fused their music together create collaborative force, PURE NRG. The duo is defining the difference between a live performance, and a “LIVE!” performance by not only hosting parties around the world collaboratively but also making a mark on the Trance Movement. They’ve been continuously amazing fans at shows including Insomniac’s Dreamstate. Catch their set on Saturday at the Quantum Valley stage!

More excitement comes for trance fans as Markus Schulz brings back his Dakota alter-ego at EDC! Markus Schulz presents Dakota, is his way of bringing out a darker side onto the dance floor through musical storytelling.

After the Pulse Nightclub shooting last year, Schulz felt the urge to revive his Dakota alias to brighten the world in dark times through what he knows best, music. His re-emergence as Dakota has brought out an inspirational single titled, “Running Up That Hill,” that signifies the strength we all need to get through life. Mark your schedule for Markus Schulz presents Dakota on Sunday at the Quantum Valley stage.

What’s better than one DJ…? Well, three of course! The Kinetic Field is about to be triple lit on Sunday when Alison Wonderland, Diplo, and Jauz, hit the stage together for a special back-to-back-to-back set! This will be one of the wildest B2B sets on the main stage, and if that wasn’t enough, you’ll be able to see each artist separately as well! Diplo will be playing as Major Lazer on Friday at the Cosmic Meadow, as well as Jauz, and Alison Wonderland on Saturday. Catch their B2B2B triple threat set on Sunday at the Kinetic Field.

Two young guns who’ve made names for themselves in a small amount of time are Audien and 3LAU. Friday at the Circuit Grounds, these two producers are taking the stage for a back-to-back set for the masses! Audien first started out on Anjunabeats a few years back, gaining him the recognition to rocket launch his career. Justin Blau of 3LAU gained support through his mashups on YouTube, which has resulted in him touring all over the world and pursuing a nonprofit dance music label and philanthropical movement called BLUME. Both artists combining their strengths together will achieve an incredible live show at EDC. Don’t miss these two perform on Friday at the Circuit Grounds! 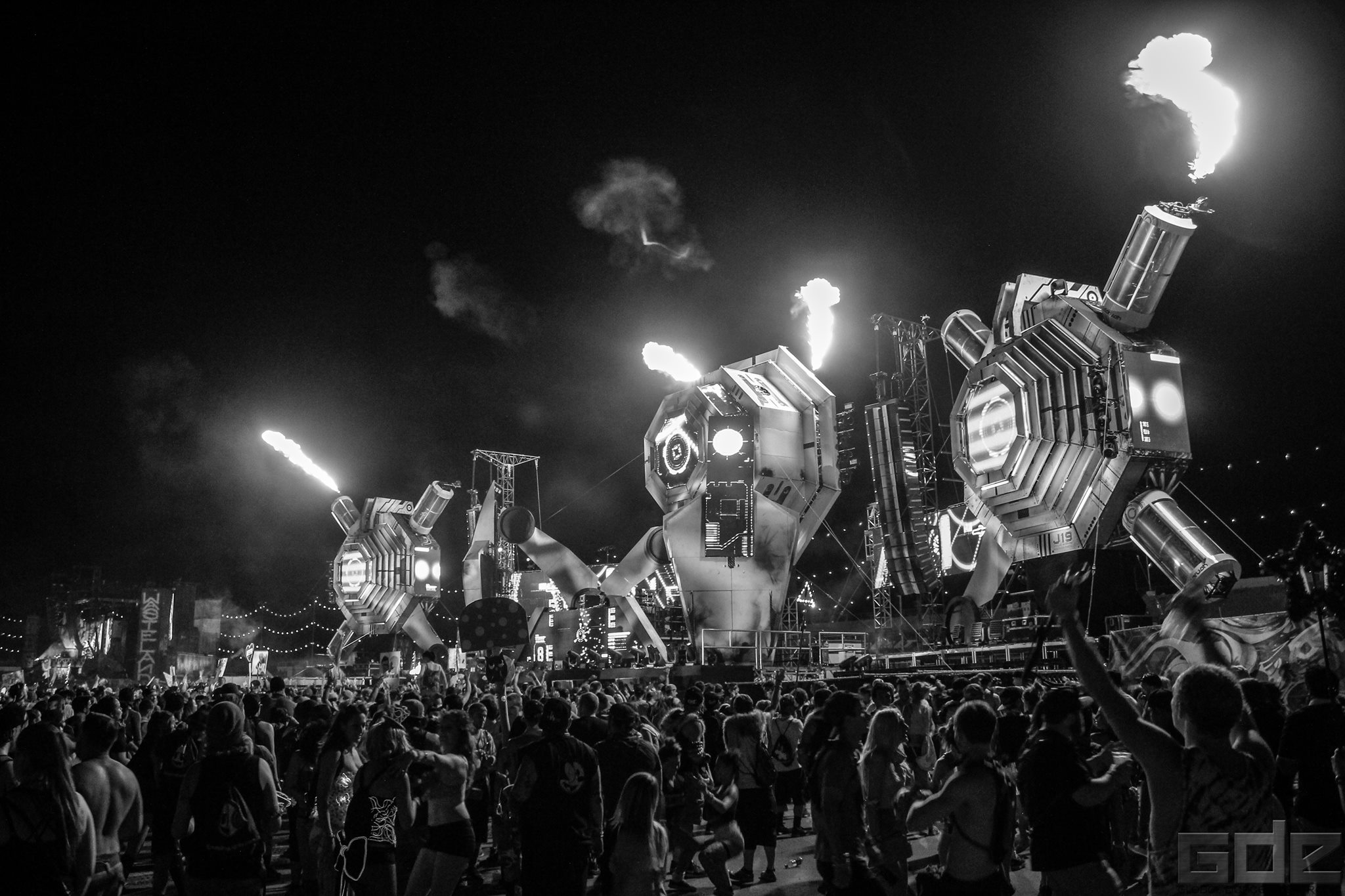 Bass music is known for countless back-to-back sets, or surprise guest performances, even producers who team up together on tours. With that being said, we can’t pick just one to see at Basspod because there are too many to choose from. If you wanna get the most bass out of your weekend, visit the Insomniac’s Bassrush hosted Basspod! Shout out to the triple back-to-back set that will be Liquid Stranger, Space Jesus, and Bleep Bloop on Friday!