Festivals are the new normal, meaning that promoters have to get real creative with what you do and who you book. Though they’re only one year old, Cartoon Network’s afterhours block Adult Swim has virtually no problem in the creative department that would deter them from coming back for a second year. The block has always been known for curating eclectic hip hop and electronic music, as reflected in this year’s lineup. 2019’s musical roster includes Vince Staples, Jamie XX, Lil Nas X, Health and an exclusive performance from Flying Lotus’s alias, Captain Murphy.

The unique convention-like experience Adult Swim Festival brings is coming back in stride as well; In addition to the panels, talent appearances and the uh…”Meatwad Dome,” there will be an exclusive screening of Season 4 of Rick and Morty, as well as a discussion with legendary animator, writer and director Gendy Tartakovsky. To bring the musical and convention he band who stars in the Adult Swim show Metalocalypse, Dethklok, will be headlining on Day I. The festival takes place Friday and Saturday November 15th and 16th. For anyone who wants to take a deep dive into the universe of Adult Swim and meet like minded fans of some of the edgiest animated shows around, this is the place to be. 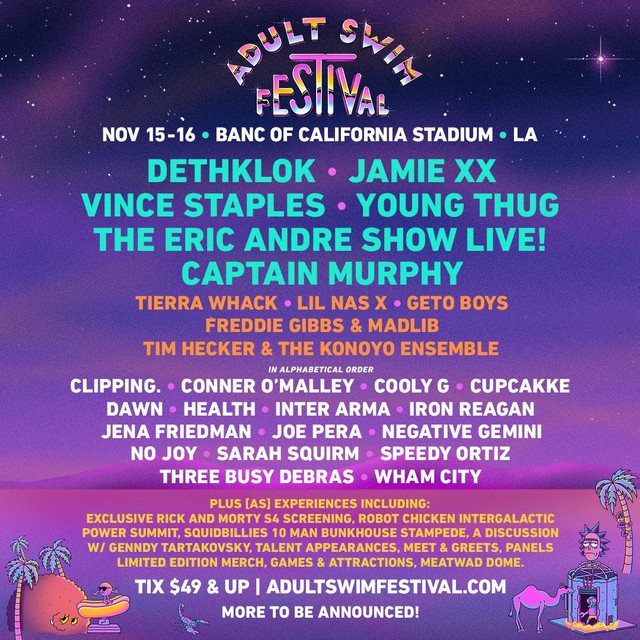