Insomniac announced the 4th annual event, Audio on the Bay, will return to Craneway Pavilion on Saturday, January 14 and Sunday, January 15 for another high energy, warehouse-style weekend. After three consecutive years of sold-out shows, the fourth installment will again showcase the best in bass and house music, along with state-of-the-art stage designs, mind-blowing visual effects, over 10 notable names, and more to be announced. Two-day tickets are on sale now.

Audio on the Bay was born from one of Insomniac’s earliest eclectic brands, Audiotistic. In line with the forward-thinking and diverse mission Audiotistic once catered to at its revered festivals, Audio on the Bay brings boundary-crossing artists and impressive attention to production detail with each annual event. Last year’s sold-out show hosted 12,000 Headliners over the weekend for nonstop beats and epic performances from some of the most popular artists in dance music including, Ephwurd, Ghastly, Keys N Krates, and Slander. 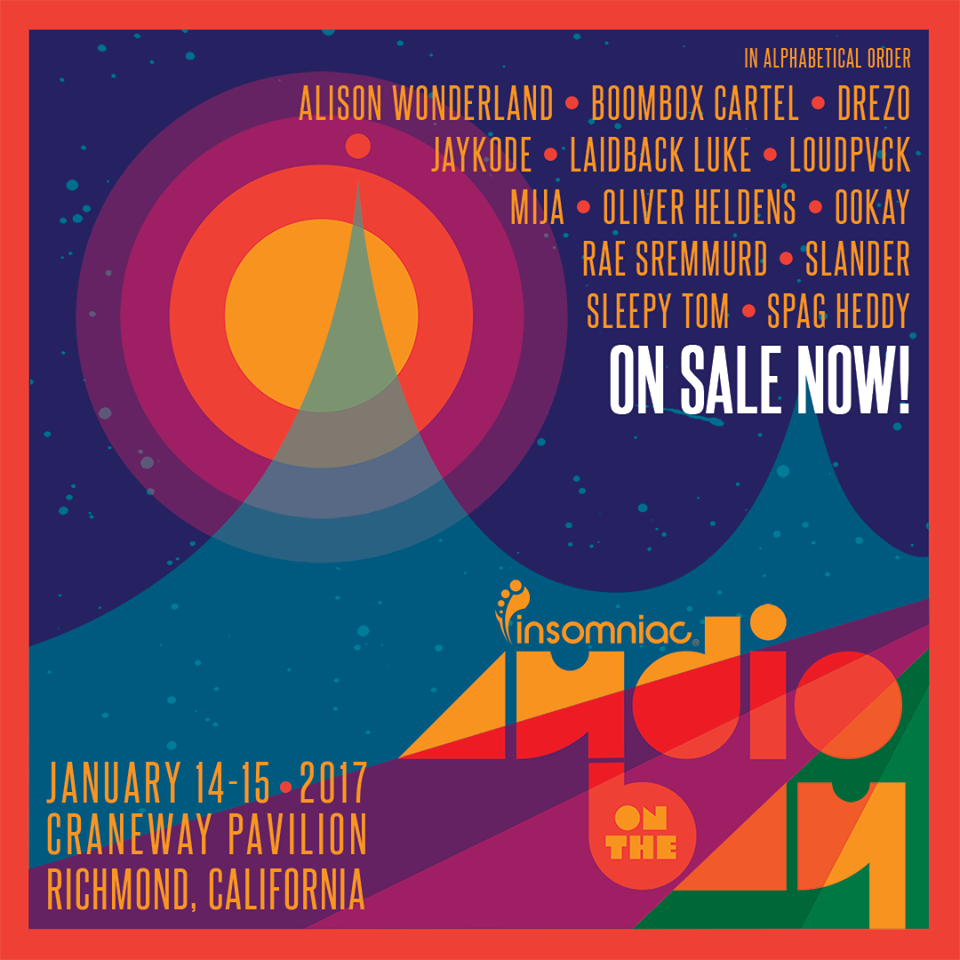