AWAKENINGS, one of the world’s most respected and beloved techno brands, today revealed details for its first ever North American stand-alone show. AWAKENINGS was founded in Amsterdam in 1997, holding its debut event at the famed Gashouder venue. Since then AWAKENINGS has expanded into multi-day festivals and events across Europe and beyond, but has never veered from its ‘strictly techno’ booking policy, becoming synonymous with the world’s best techno experiences and talent.

AWAKENINGS NYC represents something of a homecoming for its founder Rocco Veenboer. He had thrown several events in Amsterdam before he traveled to America in 1991 to watch two Grateful Dead shows, he was so inspired by the setting and production, it convinced him that combining light shows and production, alongside the music, held the key to his events’ success. Almost 20 years later, with AWAKENINGS reputation cemented as one of the world’s cant miss techno events, he returns to NYC to pay homage to that pioneering trip he made.

“When I came to America I was throwing very simple raves in Holland,” said Vennboer. “That trip really opened up my eyes, seeing how bands like the Dead were using lights and production to amplify the musical experience. It sounds so obvious now, but at the time it was unbelievable. This pairing of amazing artists with incredible production formed the backbone of AWAKENINGS, and it still does today.” 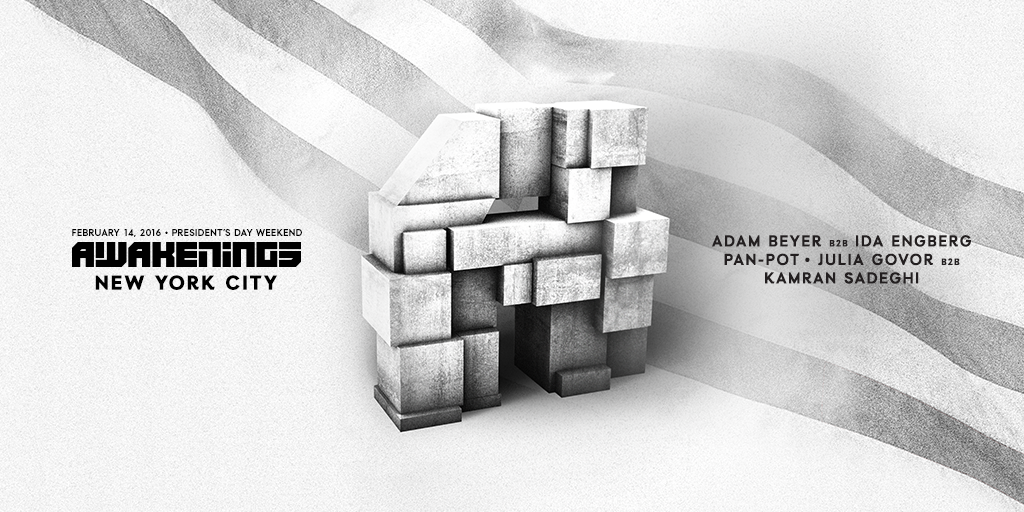 AWAKENINGS will create a completely bespoke production for its NYC debut, making full use of the Hammerstein Ballroom’s soaring 75ft opera house floor and excellent acoustic design. In true AWAKENINGS’ tradition the event will run all night long until 6am.

“We needed to find a venue that could fit a custom production set-up, and with everything that has been happening in NYC lately, go all night, without the threat of a shut down,” added Vennboer. “I don’t think Manhattan will have ever seen anything like AWAKENINGS.”

AWAKENINGS NYC will be led by one of its long-standing artists, Adam Beyer. Beyer’s Drumcode celebrates its 20th year in 2015, and has consistently been one of the world’s most highly regarded techno labels. Beyer’s B2B sets with partner Ida Engberg have been in particularly high demand in the past two years, seeing them play at Richie Hawtin’s ENTER and Jamie Jones Paradise parties to name but two, while their set at this summer’s AWAKENING’S Festival was a scorcher.