A music influenced rally is not strange for Bernie Sanders’ campaign trail, and this recent announcement only makes sense to bring more voter awareness. The Berniechella Block Party and Rally will bring such acts as Edward Sharpe and the Magnetic Zeros and Moses Sumney among others, bringing in 1,500 to 3,000 people. The party will be held in old town Coachella on Thursday night and Friday morning/afternoon with official approval from the mayor of the city. It’s unlikely that this will suffer the same fate as Hoodchella, but you never know.

If you’re interested in a little political action before weekend two, you’ve found the perfect destination. 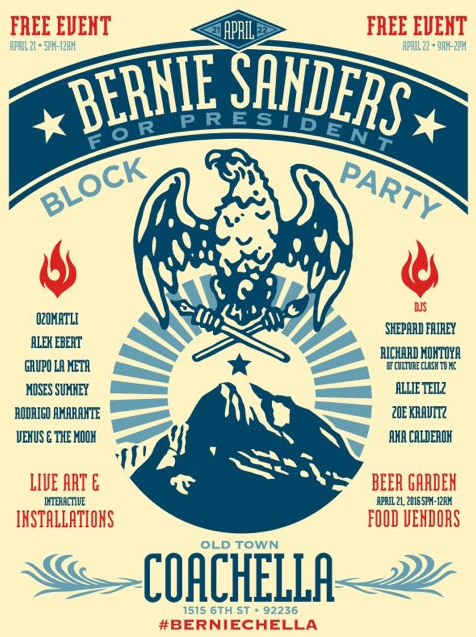