Insomniac put out some really exciting news that may sway those considering their spring festival plans this early in the game. Beyond Wonderland 2020 is known to feature a variety of musical styles at their stages, but this year their new 5th stage will host a curator we know and love: Diplo. His house music inclined label Higher Ground is hosting a stage at this year’s Beyond alongside stages hosted by Bassrush, Basscon, Audiotistic, Dreamstate, and Factory93. Though Higher Ground is a new part of Mad Decent, the sublabel has already put out bomb releases from Walker & Royce, andhim, Born Dirty and DJEFF.

Following his recent move into country music, prolific hitmaker Diplo is now doubling down on his roots by launching a new house music label called Higher Ground. Named after his recent deep-house inspired EP of the same name, according to the announcement the label is a platform to showcase both established and up-and-coming talent in house music, and a new home for Diplo’s own house tracks and collaborations. It will release “everything from tech-house to deep/melodic house, lo-fi to Afro-infused house, and everything in between.” – Variety

What DJs would YOU like to see play the Basscon, Bassrush, Dreamstate, Factory 93, Higher Ground, and Insomniac Records stages at Beyond 2020? Comment below! 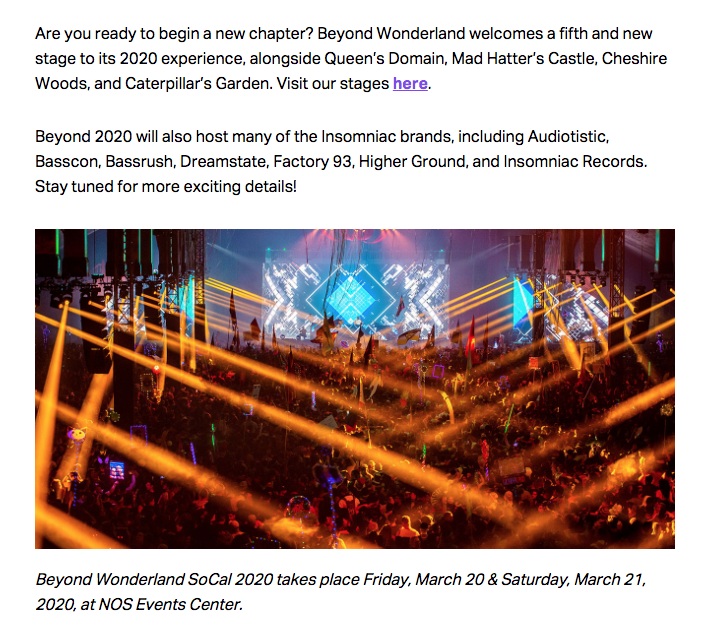