Carnage apparently planned to be a little bit um…higher…on the Ultra lineup; sadly, his wish was not granted. In a Instagram live video, he vented to fans about what his ideal plan was: he originally wanted to book his own name as a DJ and a 30-minute slot for his new live guise “30 Rack.” Sadly…this did not come to pass.

Ultimately, Carnage decided to hold off on the 30 Rack set and claims that Ultra was being “petty” and so took him out of the headliners position.

“And then I was told that I would be billed as support, then they put out they flyer without approving with my team… lol the fuck?” Carnage said on his stream. Now, mysteriously, he is no longer on the lineup.

Carnage is angry because he wanted a main stage spot at ultra and they announced him as support 😂😂 talent speaks pic.twitter.com/rN6TCfw7rX 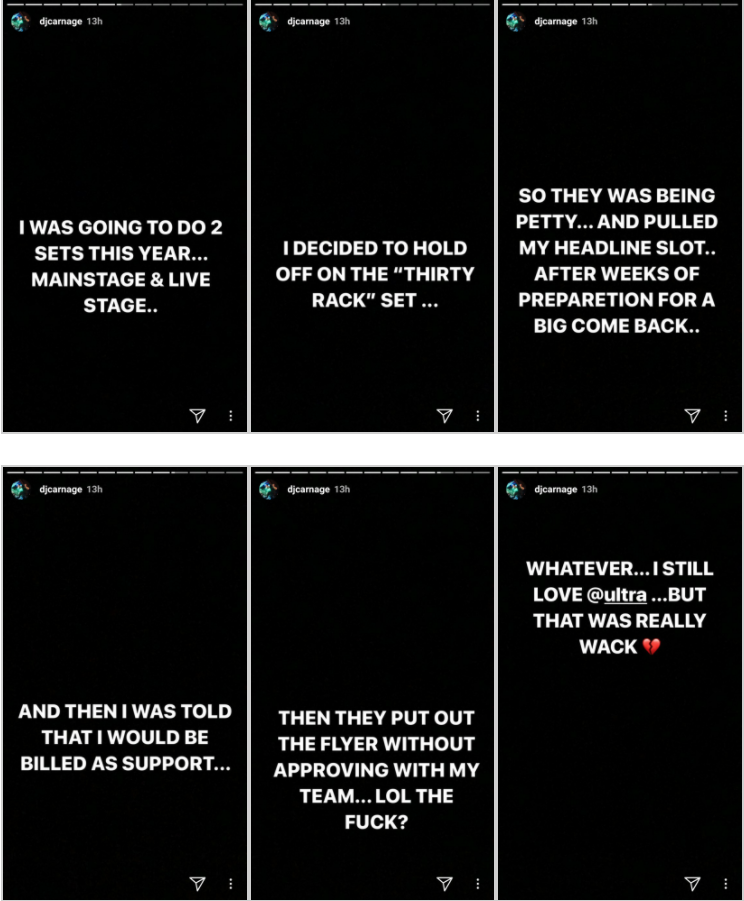