Festival season never really ends, but the calendar year does. And with that comes Countdown NYE, Insomniac’s festival that rings in the New Year. Taking place in San Bernadino at the NOS Events Center on Monday, December 31st, people have been waiting for the lineup to drop ever since they found out the festival went from 2 nights to 1 this year.

When it finally did drop today, it was in code.

Code!? This has happened before, and luckily the Internet was on it. On a thread posted on Reddit, someone quickly decoded who was ringing in 2019 at the festival.

This year’s lineup consists of DJs such as Alison Wonderland, Justin Martin, Shiba San, Tiesto, and Zedd. It is a solid lineup for one day, and now that most NYE festivals have released their artists, it is time to choose.

Where will you be spending your new year? See the full lineup, in code as well as below 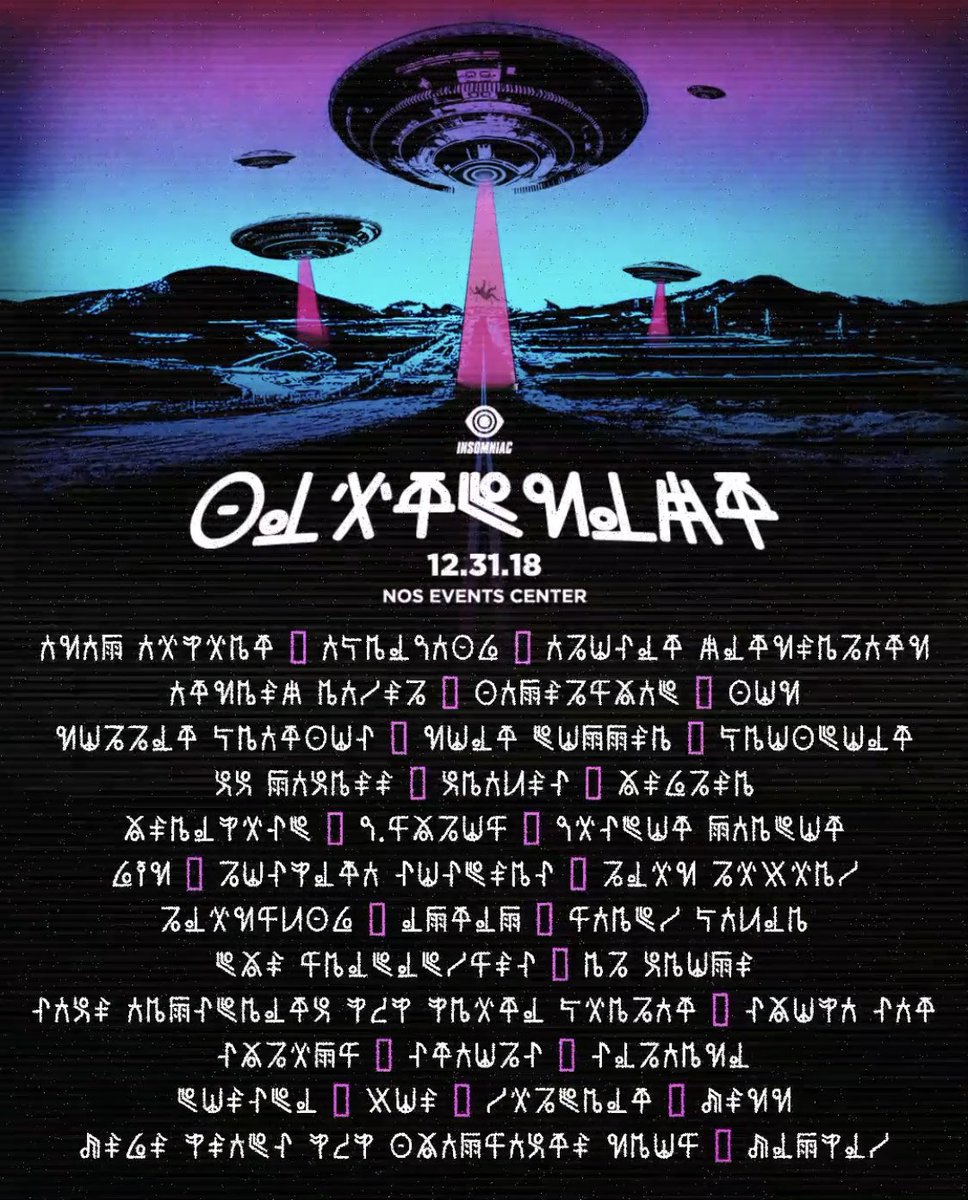