Today, CRSSD Festival has announced the initial artist lineup for its Spring 2023 edition taking place on March 4 and 5 at the scenic Waterfront Park in downtown San Diego. The two-day city-center festival remains the west coast’s most celebrated house and techno festival, offering fans a taste of the global electronic music scene in a picturesque and convenient location.

Since 2015, the FNGRS CRSSD team has shaped the quintessential urban festival experience in downtown San Diego. By day, revelers can roam between three distinctly programmed stages, each with their own unique feeling and decor, backdropped by unmatched cityscape views and sunsets over the Bay. By night, CRSSD takes over a multitude of venues around the city ranging from intimate DIY spaces to premiere nightclubs.

Known for bringing forward-thinking and top tier international talent to the West Coast, FNGRS CRSSD will once again welcome all strains of electronic music from the established veterans to the next generation risers. 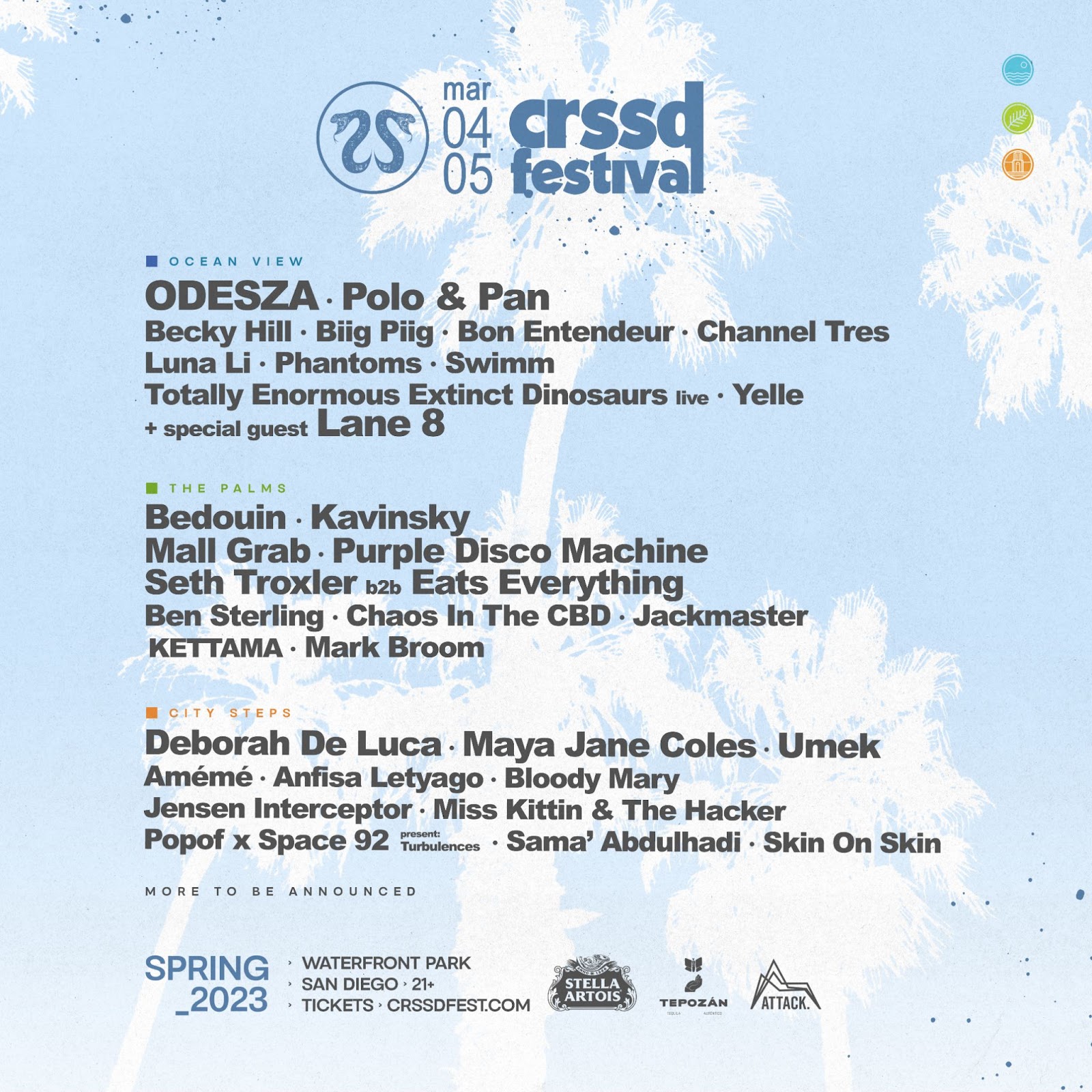