CRSSD is also pleased to announce of a slew of amenities making the bay side urban festival experience even easier. Attendees traveling to CRSSD will have a wide range of options. CRSSD has partnered with Amtrak and UBER to offer exclusive discount promo codes for the weekend, and in conjunction with BikeSD, will be supplying a free bike valet for anyone arriving at the event on two wheels.

CRSSD is now also offering Express Passes for attendees looking to beat peak time entry while not missing a beat.

CRSSD will once again be supplying a full range of gourmet food and craft drinks for attendees. Music fans can grab a meal from local vendors like Bang Bang and Sol Cal Cafe, or a beer from over 20 offerings and local breweries like Mike Hess, Elsyian, Goose Island, and Mother Earth. 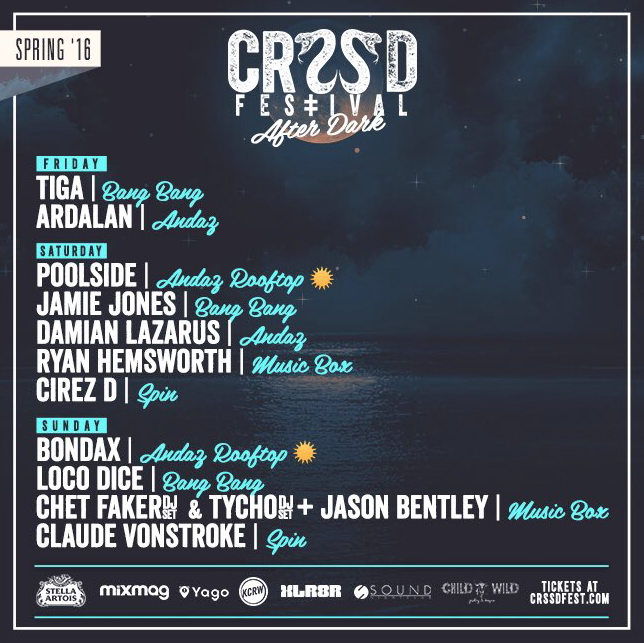