This isn’t a drill or a late April fools prank. Insomniac and Deadmau5 are working on an event together once again! Last time we saw the Mau5 and Insomniac doing anything together was… EDC 2010? Time sure flies by when you’re partying. Let’s not forget the shade Rotella and Joel through at each other last year over the Mau5 not playing EDC Vegas.

Anyways let’s move past that and get excited because Pasquale Rotella revealed today Deadmau5 is playing a warehouse event in Downtown Los Angeles Saturday, April 29th. For those that are unfamiliar with this warehouse, it’s the same venue where Factory 93 hosts all its shows. So get ready because it’s going to be a long night of dancing and sweating here. And if you’re attending the ‘lots of shows in row’ tour the same night at the Shrine Expo Hall come on over and dance with us and the mau5 till the morning, you won’t regret it. Maybe mau5 will do a testpilot set?

WAIT! Could we see Deadmau5 bring the Cube 2.1 to this year’s EDC Las Vegas? He does have that weekend free. Ok! Maybe we’re looking way too much into this. 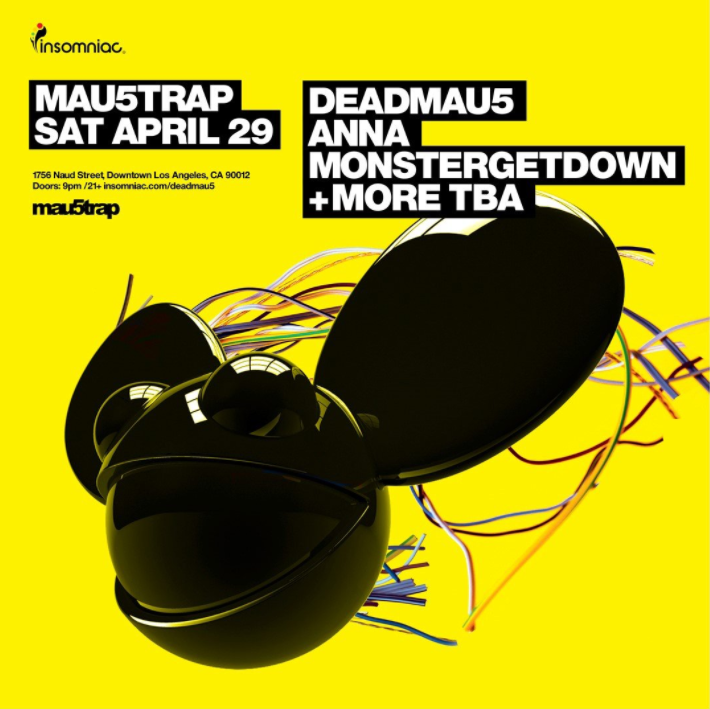