Soon to hit your playlists is a new collaboration between Diplo and Jauz– not excited enough? From the sound of it, Tinashe is in on the fun, too.

The beans were spilled a slight bit a while ago when a picture of her and so many other Dance Music producers were together in a photo. Imaginations ran wild with the possibilities but the announcement of a Jack U collaboration was silenced by news that the two would actually be going their separate ways for a little bit. Fast forward a while and Lo and behold:

.@Tinashe in the studio with @diplo via Diplo’s Snapchat pic.twitter.com/uHM8Lg3rWZ

Jauz also revealed a list of WIPs, including a collaboration between himself, Diplo and Tinashe. 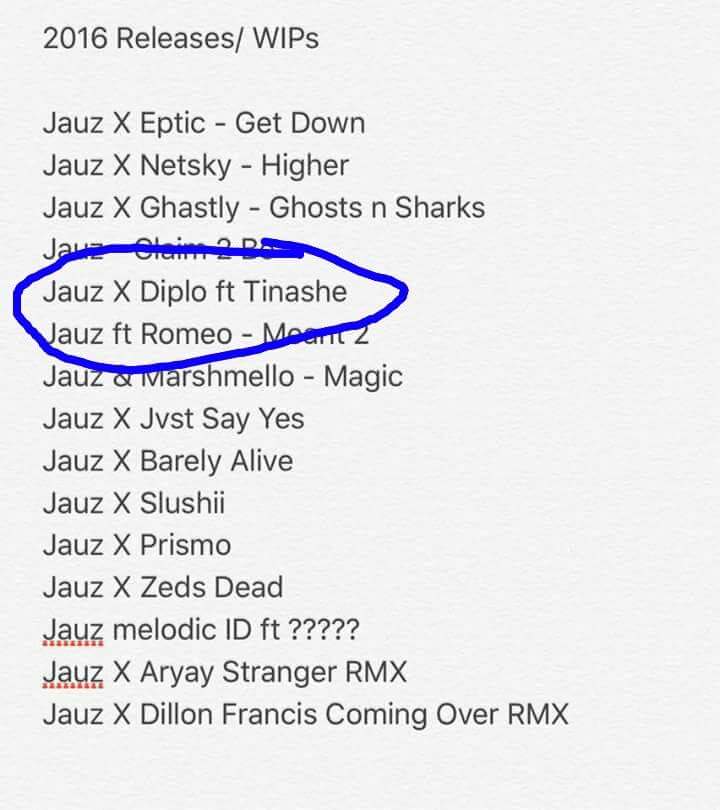 It’s quite a marvel to think these three innovative minds are coming together with verses being lent from an eminent figure in the R&B scene , and we’re excited to see what comes next with this.