GRAMMY-nominated, UK electronic duo, Disclosure announce US headlining performances at the Event Center at San Jose State University on April 14 and Santa Barbara Bowl on April 15. The announcement comes on the heels of several 2020 festival announcements in the states and abroad including Coachella in Indio, California, Primavera Sound in Barcelona, Spain and Riverside Festival Glasgow.

The Goldenvoice presale begins Thursday, February 6 at 10:00 AM with the password GOODVIBES. The general public on sale is Friday, February 7 at 10:00 AM via AXS.com. Santa Barbara and San Jose fans may also purchase in person at the box office.

Khalid x Disclosure set to release their highly anticipated new track “Know Your Worth” via Right Hand Music Group / RCA Records. “Know Your Worth,” is the second collaboration between Khalid and Disclosure following the #1 global smash, Grammy-nominated “Talk”. 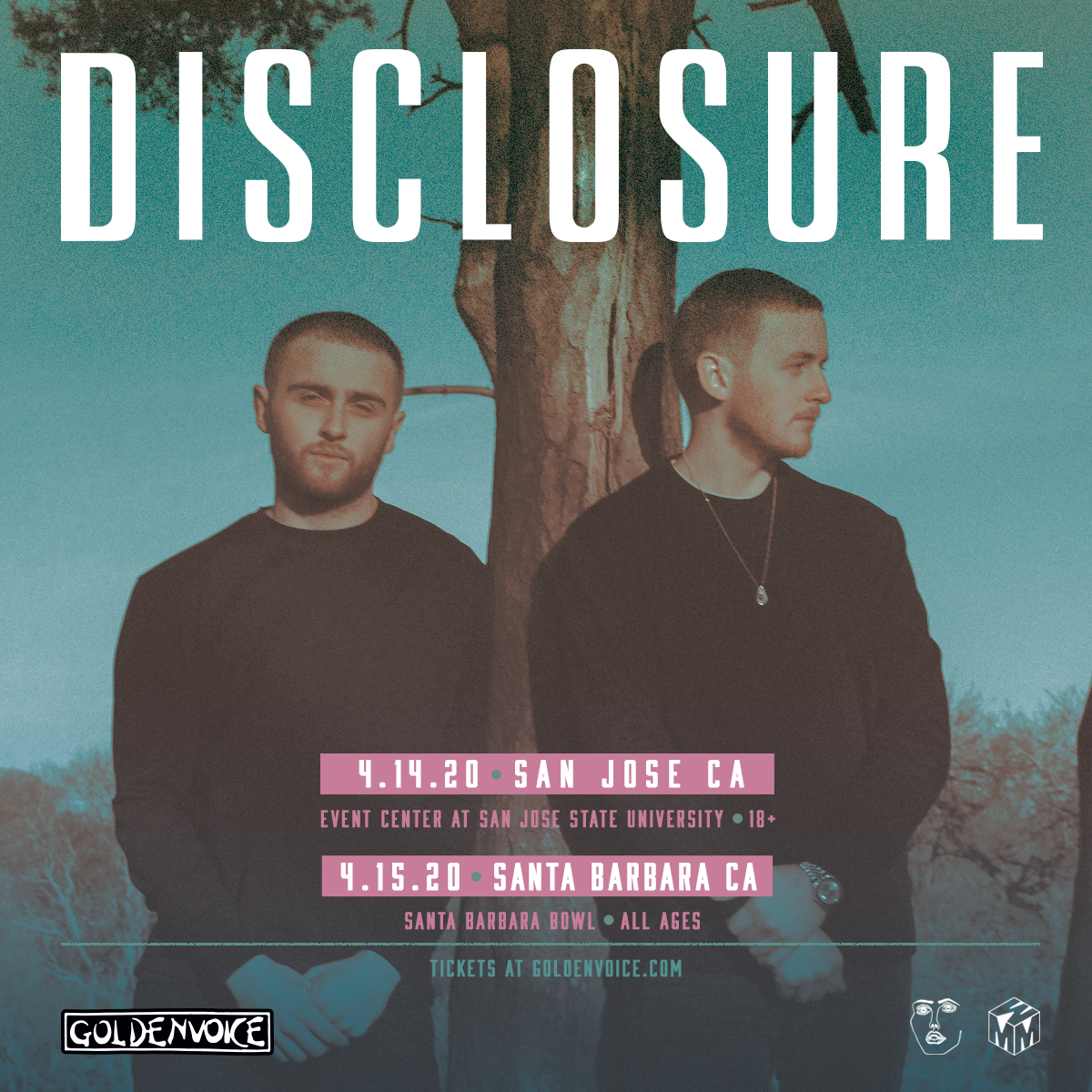