While you my feel like Insomniac’s Trance brand Dreamstate has been enriching the lives of thousands with its lineups for centuries, it has truly only been a couple of years. This makes it even more impressive that this week they’ve announced a fill tour through the U.S. with Paul Van Dyk Leading the charge, along with Vini Vici, Simon Patterson, Alex M.O.R.P.H., Heatbeat, and Solarstone. Starting off in Boston at the House of Blues and working it’s way through the East, South and even Canada, the tour finished at San Francisco’s flagship event, which promises to be bigger and better than the first at Bill Graham Civic Auditorium. As the true Trance bug spreads around the country, the context of this genre will be further discovered. 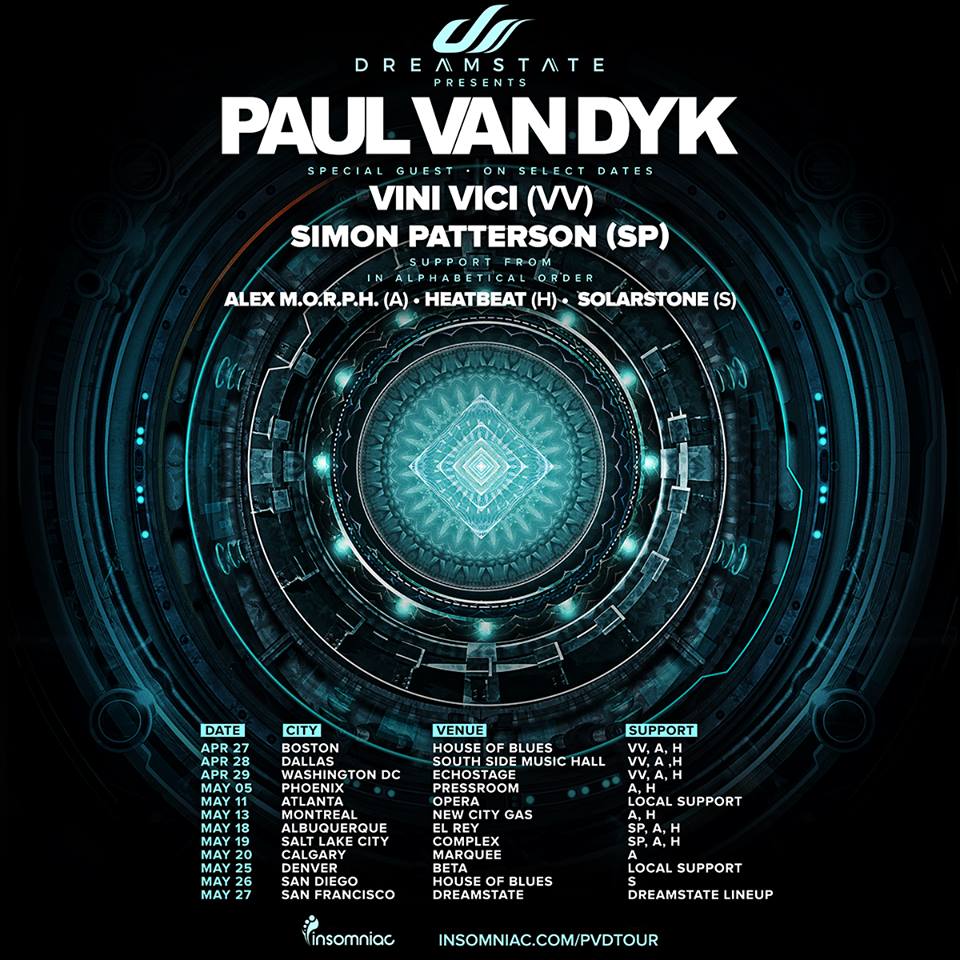