The final lap of the year is…okay, it started 4 days ago. If you’re a little late to the final monthlong party of 2017, there’s no need to worry; Duke Dumont is one of many DJs set to scale the U.S. with the mission of blessing, not one, not six, but TEN cities with his favorite house anthems.

First on the list is his last Vegas outing of the year at Intrigue this Thursday, followed by a sold-out show at Brooklyn’s Output and a set in Tampa’s Ritz Theatre for the weekend to come. After a well-deserved Christmas Hiatus, Dumont rolls back into the action with sets at The Observatory OC on the 28th and Exchange LA on the 30th as he returns to SoCal, squeezing in some NYE sets at Seattle’s Resolution and Phoenix’s Decadence in-between the California shows. Finally, He brings in the New Year at Stereo Live in Dallas on the 31st and zips to Houston to do his first set of the year. Get tickets to any of his shows via DukeDumont.com and start counting down to the fated time you hear that first beat from the master himself. 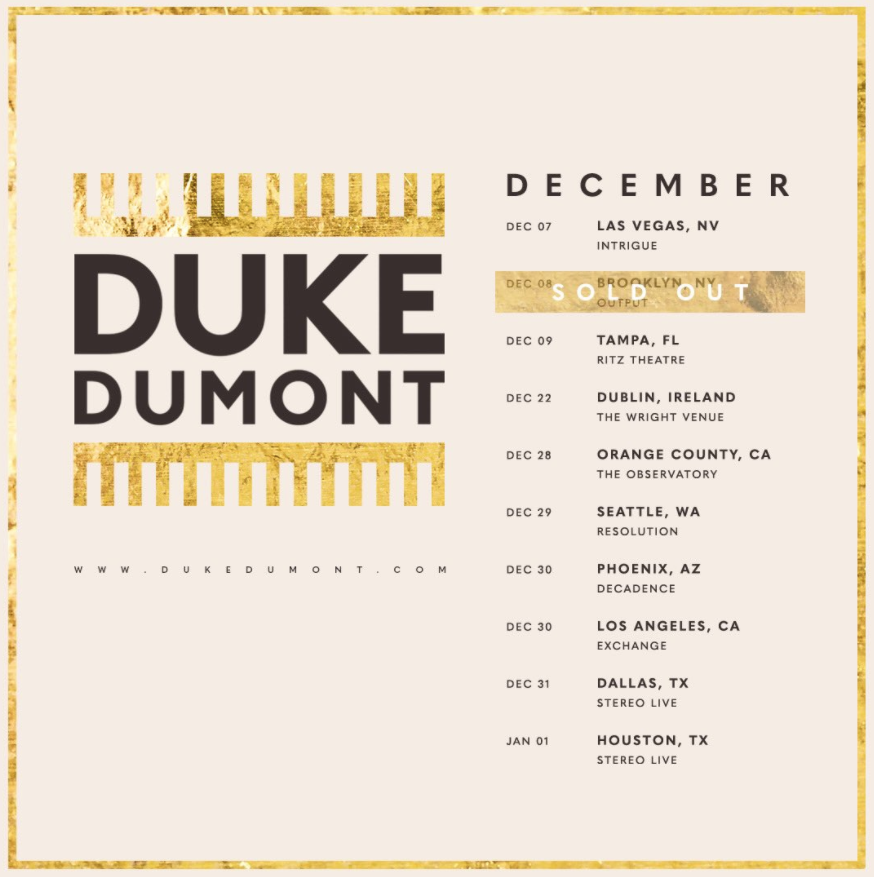