Daylight Beach Club’s standing as one of the biggest clubs on the strip isn’t even a question; the five-year-old venue just announced it’s 2018 season, and one of the biggest Headliners on the bill is House juggernaut Duke Dumont. It couldn’t be a grand opening weekend without someone as skilled an artist as this him, especially considering he’s wrapping up a little hiatus for recording new material.

Going strong for about twelve years, Dumont has been responsible for several hits including “Need You 100%” and more recently “Real Life” with Gorgon City. It’s worth noting that each single he’s made has topped the US Dance music charts. Dumont even helped make the beat for Katy Perry and Nikki Minaj’s “Swish Swish.” In addition to all this, he’s remixed some of the best artists in the contemporary music world including Missy Elliot, Bonobo, Mark Ronson and most recently, The Killers. You better bet that he’ll bring a crate full of these originals, remixes and more to his opening set at Daylight. The pictures of his sets at this club say it all; Dumont rocks a party like no other under the Vegas sun.

Dumont’s premiere is Saturday, March 24th, with male ticket prices starting at $30 for males, $20 for females. Get tickets now before they go up in price—or worse, sell out. 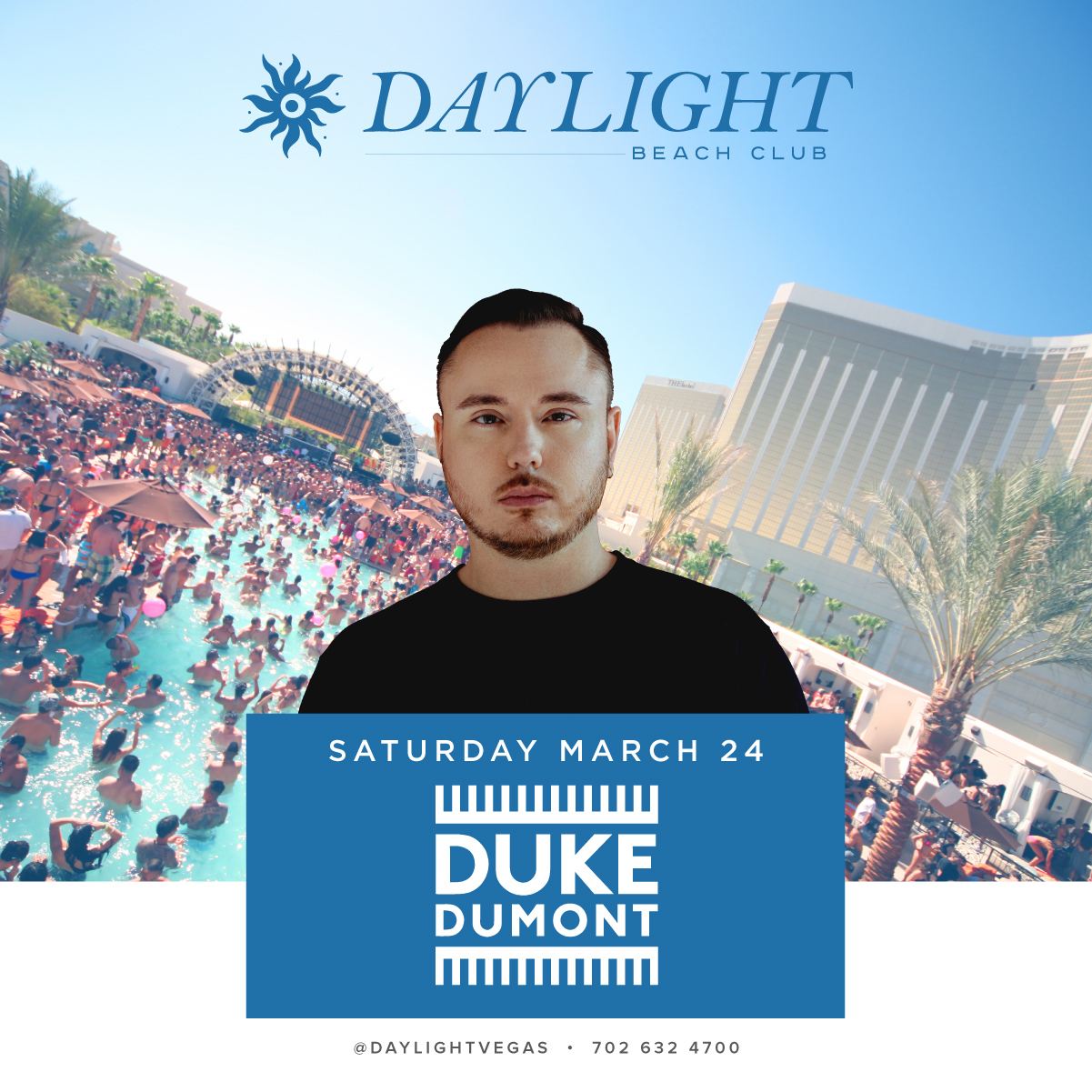