EDC Guangdong in China went off without a hitch this past weekend for all the DJs involved…or so we hope. A photo uploaded on Reddit revealed a message from Insomniac involving a rather unique rule for this iteration of the festival: 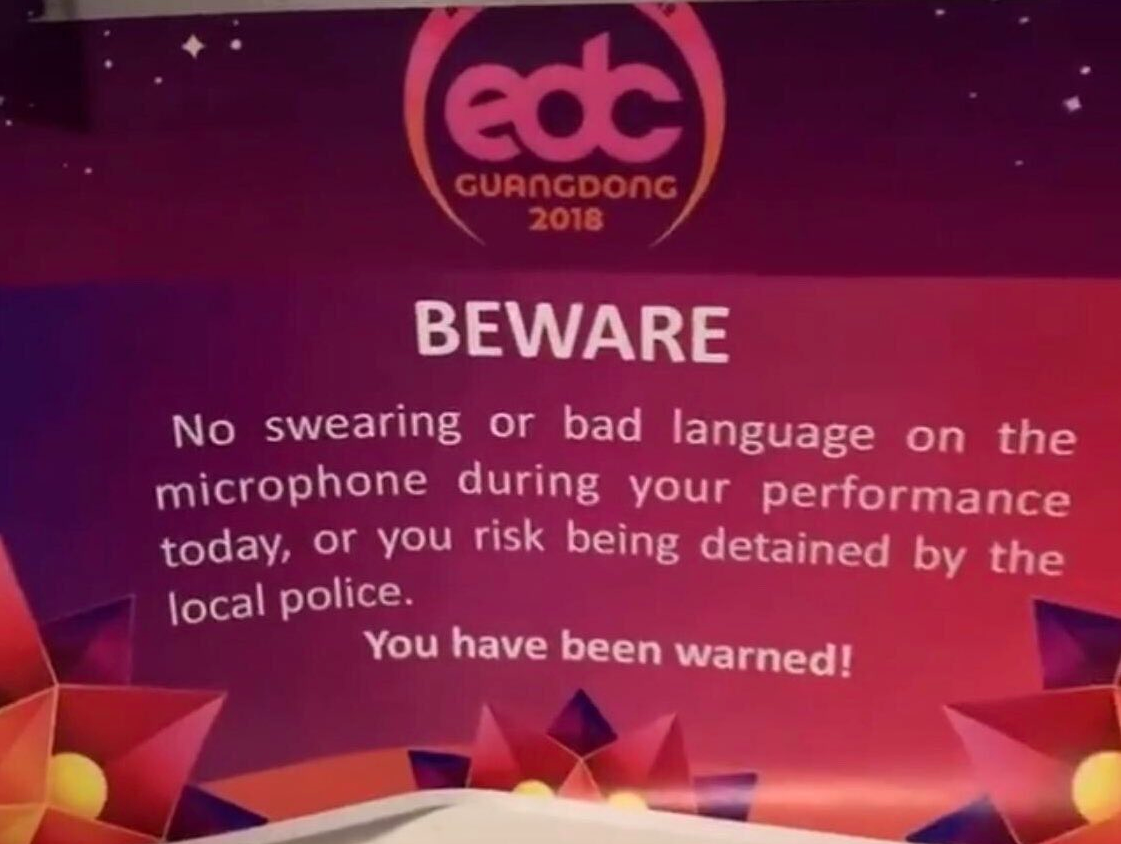 It’s not uncommon for an EDM track to drop an F-bomb, let alone a DJ taking to the mic to express their sheer excitement. If Alison Wonderland were on the lineup, for example, we all know she starts up almost every set with a welcoming, “What the fuck is up?!”

Because of local law, performers you would usually hear shelling out obscenities as their ammo to incite crowd energy have to keep it polite. We haven’t heard any news about any DJ getting arrested, so for now, we can assume no accidental F-Bombs flew. We’ll keep you updated if we hear anything.