On Sunday, October 1st, shortly after 10 p.m., a gunman shot from the 32nd floor of the Mandalay Bay Resort and Casino, spraying bullets into a crowd of about 22,000 people at the Route 91 Harvest Country Music festival, officials said.

Photos showed two broken windows in a corner of the hotel that has a broad view of the concert grounds below. 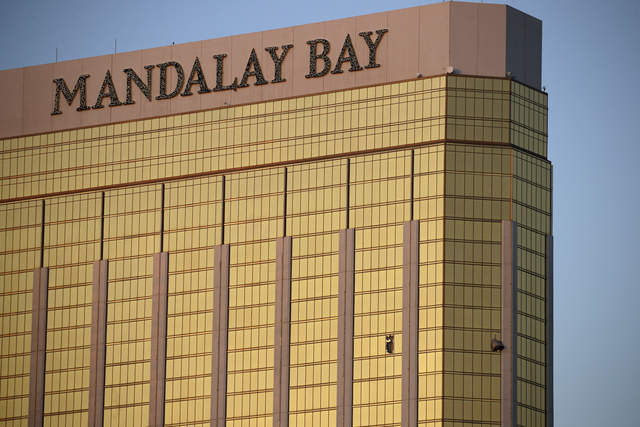 Las Vegas Police Department confirmed at least 58 people were killed and more than 500 others were injured in a mass shooting at the Route 91 Harvest music festival. The shooter, named by police as 64-year-old Stephen Paddock, is dead. It has been ruled as the deadliest mass shooting in modern US history.

For many of us in the rave community, Las Vegas is our second home as we travel to Sin City every year for the massive Pool Parties, Nightclubs, and EDC to see the hottest DJs spin the best music. Tiesto, Armin van Buuren, Calvin Harris, Above & Beyond, Disclosure & much more, who all currently have residencies at some of the top nightclubs in Vegas, react to the deadly terrorist attack. Many have shared their fears, thoughts, and condolences with the friends and families of those affected.

My people in Las Vegas, the community, you’re in our hearts.

We are in complete and utter shock at the events in our old home in Las Vegas, Mandalay Bay. Our thoughts go out to every single person…

Distressing to hear the news out of Vegas, a city that’s been so supportive of us over the years. In all of our thoughts today.

Our heart is with Las Vegas. ❤️

God bless the families of those lost in Vegas. So devastating and senseless

I am so shocked about what happened last night. My thoughts and sympathies go out to the victims, first responders, and people of Las Vegas. pic.twitter.com/LjW0EU38wL

I can’t believe what’s happened. Our thoughts are with all those affected by this horrible tragedy in our second home Las Vegas.

Please stay off the strip if you’re in Vegas! Active shooter on the strip at Mandalay Bay and multiple shot at New York New York

No tonight’s show is cancelled please stay in your rooms or homes. Praying for everyone 🙏🏼 love u all https://t.co/IOhjOXPLWi

I’m in the middle of this fucking nightmare right now. This shit is so real. We are getting out to somewhere safe. Everyone get out of area

I’m speechless… prayers out to everyone in Vegas

So much hate in the world at the moment…
Absolutely disgusting to read about what happened in Vegas.
Thoughts to everyone involved.

Can’t believe the news today. Las Vegas is like a second home to me. Sending my thoughts and love to the affected ones.

My thoughts are with everyone affected by the tragedy in Las Vegas.

I’m heartbroken. my thoughts, prayers, and pain are with everyone affected by this disgusting act. 💔🙏🏼 #prayforvegas pic.twitter.com/1o8IKvpiDj

Passed out at like 9pm tonight but just woke up with a weird feeling. Now seeing all this insanity in Vegas. So incredibly sad..

The Las Vegas shooting is awful 😞

You only hunt one kinda game with automatic weapons, where is the line with the guns America ?

Just heard the terrible news about the shooting in Las Vegas. Totally in shock. #PrayingForVegas

Vegas you are in our hearts today. You’ve been so good to us that its difficult reading about what happened yesterday.
MORE LOVE. LESS HATE

I’ve been a resident DJ at Mandalay Bay for 3 years, and could never picture anything like this happening. Missed it by 1 day

Sending lots of ❤️ to Las Vegas! Our hearts go out to the people and families effected by these terrible tragedies. Our hearts are broken 🙁

Just woke up and heard about everything that happenned yesterday…

This world is sick.

Devastated by the Vegas news

i am pained to know that festival goers consisting of children, brothers, sisters, friends, parents were punished for happily existing.

i’m so deeply saddened by the news about Vegas. my heart goes out to Vegas and everyone affected. ❤️

My heart is going out to anyone in Las Vegas right now this is awful. Absolutely heartbreaking.

We are really mad about the news of the shooting in las vegas! Our thoughts go out to everyone involved in this tragedy….

Sending love to Vegas. Shocked at all the madness in the world right now.

When will the madness stop 😪 pic.twitter.com/fYY9hDUzwR

Today our hearts and prayers are with Las Vegas. ❤️🙏

No words can describe how heartbroken I am. My thoughts and prayers are with all the victims and their families😔 #PrayForVegas #StopTheHate pic.twitter.com/NhKEAQQEUD

Another day, another horror story screaming at us through our smart phones

Whats tragic isn’t just seeing the news, its also watching the people around me becoming desensitised

Thoughts & prayers aren’t enough. Gun policy in the US needs to be addressed ASAP. This can’t wait anymore.

las vegas is not only vital to the entire music industry – it is a city fundamental to american culture. our thoughts are with you.

Our hearts are with you Las Vegas. Thoughts and prayers to all those affected, their families and loved ones. #prayforvegas pic.twitter.com/OFgyR7wh98

The entire Insomniac family is heartbroken by the news coming out of Las Vegas, a beautiful city that’s opened it… https://t.co/bUbTSMhUqC pic.twitter.com/tlQvaFvLLL