Elon Musk, CEO of Tesla, has added a new title to his name. In a recent filing with the SEC,  he dubbed himself “Technoking of Tesla.” His CFO, Zack Kirkhorn, has also added the title of “Master of Coin.”

What do these titles mean? We have no idea, and probably nothing. Both executives are keeping their current titles, so that hasn’t really changed. Musk has mentioned Tesla entering the crypto game with a possible NFT, which is perhaps why Kirkhorn was dubbed Master of Coin.

I’m selling this song about NFTs as an NFT pic.twitter.com/B4EZLlesPx

Musk himself has been tweeting a bit about music, and specifically techno and technology lately. But we don’t think this is a situation where he will be releasing a new single anytime soon.

All we know is that Elon Musk is now the Technoking of Tesla. 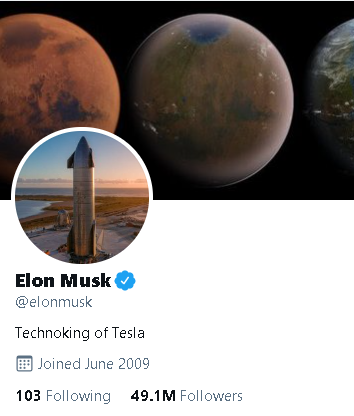