Eric Prydz today announced that his debut album OPUS, will be released on February 5th, 2016. Prydz also revealed dates for EPIC 4.0 Phase 1, which will have TWO exclusive dates at The Hollywood Palladium on Friday, February 19th and Saturday, February 20th 2016

EPIC (Eric Prydz In Concert) has been widely acclaimed as one of electronic music’s most exciting and innovative live events, famed for its use of holograms, 3D technology, and lasers. Prydz claims EPIC 4.0 has been redesigned from the ground up, while retaining the core elements that fans have come to expect from EPIC shows. EPIC last took place at Madison Square Garden in September 2014 to critical acclaim. 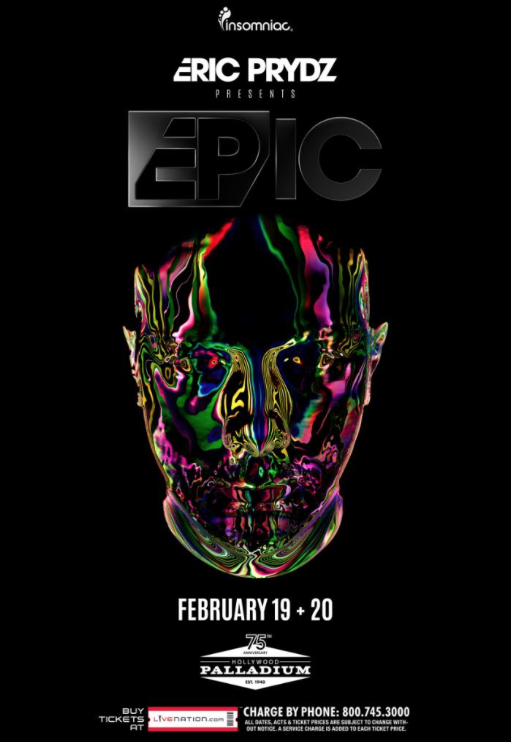 Few producers have impacted contemporary electronic music in the manner of Prydz over the last decade. He has amassed a rich and singular discography that has encompassed multiple aliases, while straddling the worlds of house and techno. In the increasingly divided world of electronic music, Prydz continues to draw praise from chart toppers and underground icons alike.

Eric Prydz is proud to announce he’ll be taking EPIC 4.0 to Los Angeles at The Hollywood Palladium on Friday, February 19th and Saturday, February 20th 2016. Tickets are on sale Friday, December 4th at 12PM pst.