It should be known at all times that Escape Halloween 2017 will carry on the #NotAConcert mantra that Insomniac has blown up on social media, but judging by the lineup announcement made today, there is a clear emphasis on music as a part of that experience. Today saw the announcement of Slander, Tiesto, Mike Will Made It, Duke Dumont, Marshmello, as the big names on the bill and for the second year in a row, Factory 93 will be in charge of the techno as they’re bringing Nicole Mooudaber’s Moodzone, Chris Liebing, Shiba San, Paco Osuna, and many more. Check below for the entire Escape Halloween 2017 lineup. Tickets to Escape Psycho Circus are now on sale.

NEED A HOTEL FOR ESCAPE? Purchase your Escape travel packages right now from ONE N ONLY as their taking over another hotel this Halloween during Escape weekend. They’ll take you to/from the NOS Events Center on a massive shuttle bus with other ravers so you won’t have to worry about driving. Buy Tickets Here / More Info.

GIVEAWAY: Who are YOU excited to see at Escape Halloween 2017? Comment below for your chance to win a pair of 2-day passes. 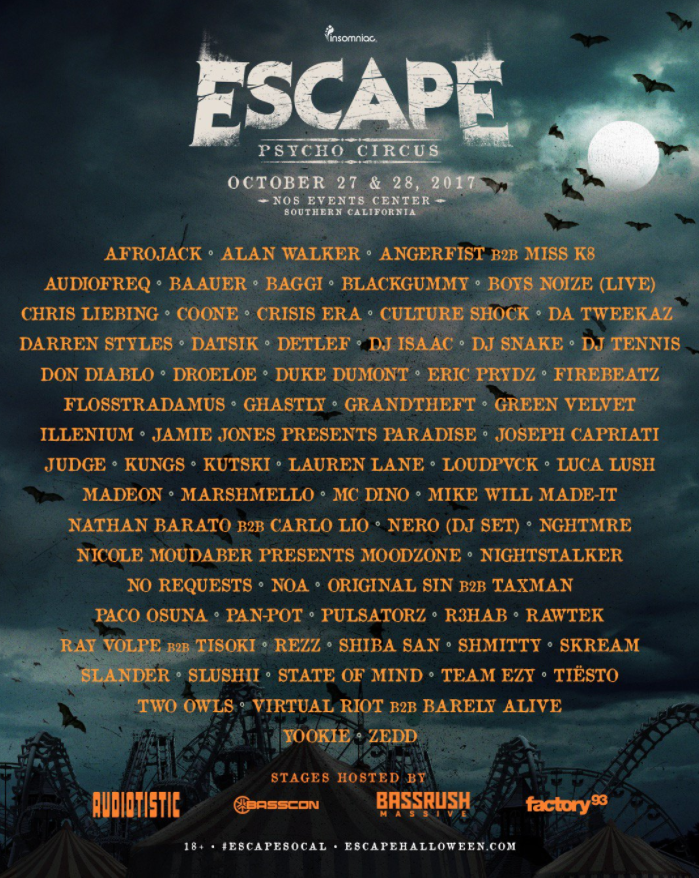