Well over two years since its creation, Factory 93 boasts an uncanny ability to create a visual spectacle that is second to none. Every show produced by the brand has become a sold out party, bringing the vibes and energy of thousands of techno, tech house and deep house aficionados. In 2017, Factory made its international debut in Mexico City and curate its second festival stage at the neonGARDEN stage during EDC Las Vegas that same year. Fast forward to 2018, and Factory 93 is BACK from a small hiatus. Their official social media accounts teased the return with little details other than they’re returning to the warehouse district in Downtown Los Angeles on Saturday, March 31st. Who’s headlining? When do tickets go on sale? That’s something we’ll have to wait in see.

Factory 93 has hosted some of the best techno events LA has seen from Adam Beyer’s Drumcode party to Eric Prydz presents Pryda to Get Real NYE and even Deadmau5′ official after party. Let’s not forget the night F93 took over other venues such as The Hollywood Palladium with Solomun and Hot Since 82 and Exchange LA with John Digweed. We’re looking forward to seeing what the team has planned come March and the rest of 2018. 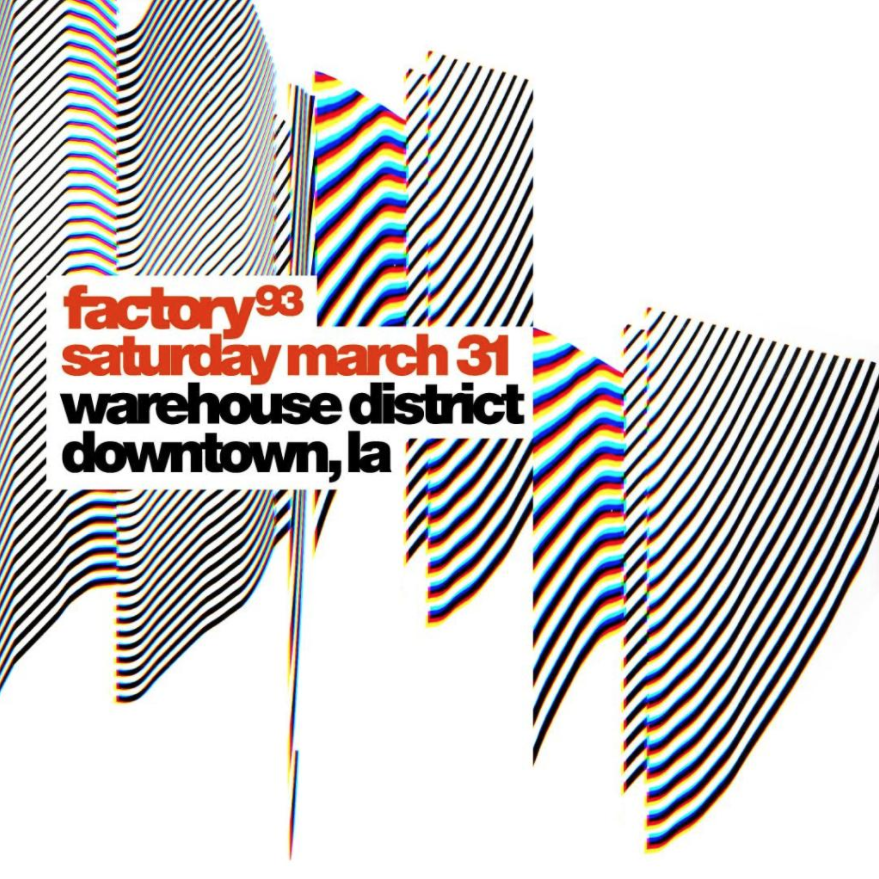