Los Angeles are you ready for The Joker? Factory 93 Presents Boris Brejcha at Skylight Row DTLA Saturday, September 11. Tickets on sale this Thursday, 7/29 at 12pm PT.

His first two releases in 2006, “Monster” and “Yellow Kitchen” were released on the Berlin label Autist Records.

A few EPs later, Boris moved from Autist Records to Harthouse. With tracks like “Die Maschinen Sind Gestrandet”, “My Love” and “Lost Memory”, he combined his unique sound with a maximum of varieties. Consequently, he became the “exceptional Talent 2007” in the electronic music magazine Raveline. Boris also created his second alias called “ANNA” in 2007 and had some groundbreaking releases on Autist Records.

After four years of touring, three albums and lots of singles, Boris became a constant favorite in today’s club scene. With his ambition and desire for new and experimental musical directions, he shows his audiences over and over again how exciting minimal techno can be – so much more than just a conglomerate of repetitive and puristic elements.

Summer of 2018 we also saw Boris making his much-anticipated debut at Tomorrowland, the Exit Festival as well as the legendary Time Warp. A second sold-out bus tour, this time through France proved to be successful yet again and in 2019 things don’t get any slower but even bigger than ever before with a new album and a World Tour at the starting line.

He was set to play the Factory 93 neonGARDEN stage at EDC Las Vegas 2020 but unfortunately, the world fell into a pandemic forcing everyone to stop touring…

This is your chance for a rare appearance to see Boris Brejcha at Skylight Row DTLA on September 11th as he rarely does events in Los Angeles. The last we saw him in the west coast was at Exchange LA back in 2019. So DO NOT miss out. Tickets on sale this Thursday, 7/29 at 12pm PT 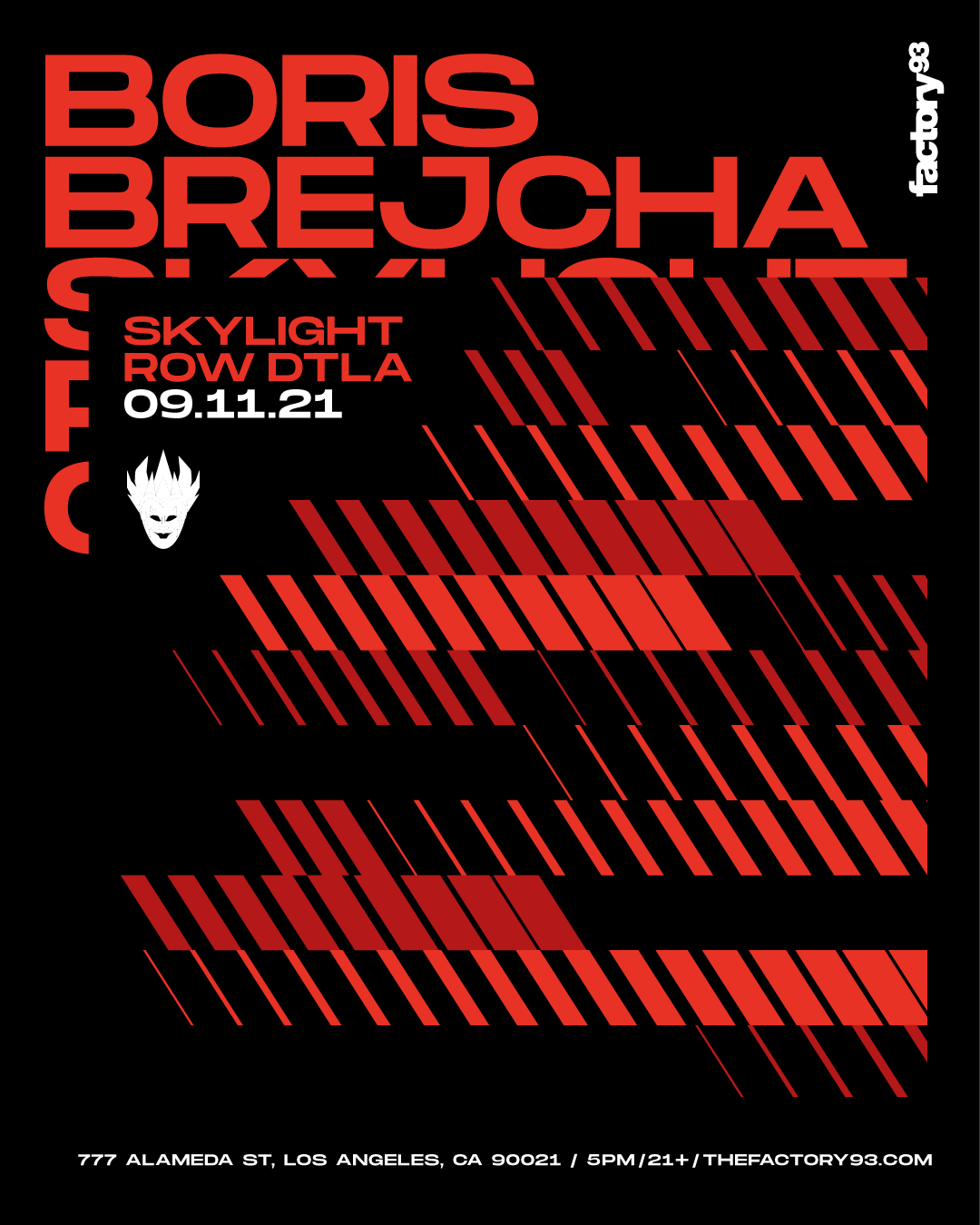