Trap DJ duo Flosstradamus began their 10th anniversary year by selling out Red Rocks on 4/20 for their second annual HDYFest. Later this summer they headlined the Main Stage at HARD Summer, and closed out Lollapalooza with a tribute to their hometown of Chicago with guest appearances from Chance The Rapper, Dwyane Wade, Michelle Williams and lets not forget how they dominated two major nights in SoCal at The Observatory’s OC back in Spring. On top of all this, the duo just released “Came Up” – their latest single and biggest collaboration to date with Post Malone, KEY!, FKi 1st and Graves. Flosstradamus continues to build on this momentum with the announcement of their fall tour schedule.

Carrying the namesake of the duo’s own record label, the Hi Def Youth Fall tour kicks off this November traveling across North America with stops at legendary venues including San Francisco’s Bill Graham Civic Auditorium and Detroit’s Masonic Temple. The trap duo will be bringing their dynamic new production which seeks to transform stages into massive desert storm bunkers. The tour concludes at Emo’s in Austin in mid-December. Additional support acts and dates are yet to be announced.

“This is a show unlike any we’ve created before and we can’t wait to bring the bunker to our fans across the country,” Flosstradamus explains. “With everything going on in today’s world, we hope to bring our fans an experience that encourages them to forget the nuances of daily life and just be a part of the HDYNATION.” 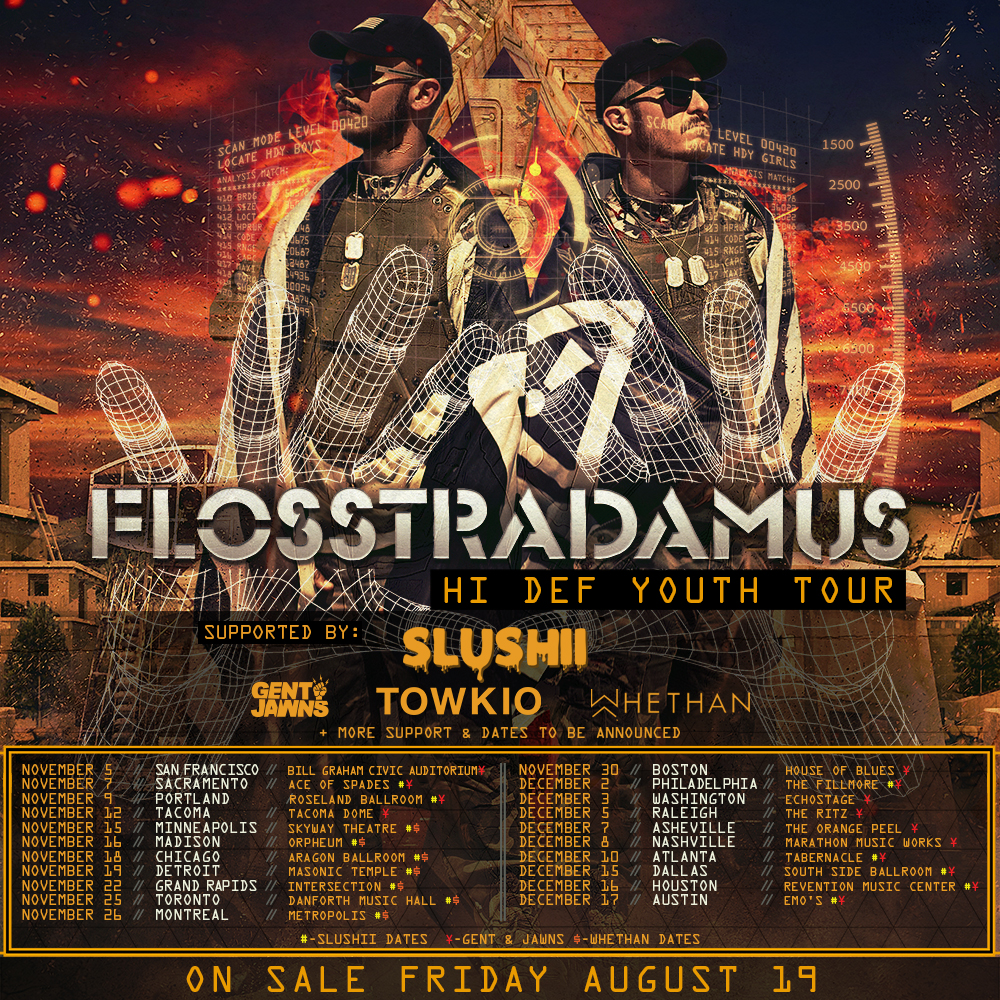