With Friday’s release of Flow State, world renowned musicians Above & Beyond gave birth to their fourth type of album experience. When the trio first started their journey as artists nearly two decades ago, they showcased forward thinking melodic club tracks from themselves and their artists by way of the Anjunabeats mix compilation series. In 2014, they stripped down the music and lyrics that brought them to prominence in the Dance Music sphere into orchestral form with the introduction of their Acoustic albums, which is already approaching its third installment. Most notable amongst their catalog are their artist albums: sonic experiences that bring both their rich musicality and affinity for captivating beats together.

Today, a magical third element from LPs like Group Therapy and We Are All We Need becomes its own 49 minute ride: the rich scores that normally serve as intros, outros and interludes inbetween songs. Flow State features a few familiar numbers from the band’s back catalog, but boast 14 brand new instrumentals from the group. Like their mix compilations, the songs all blend with each other seamlessly. Unlike a typical bassline changeup, though, each incoming track weaves its way in so subtly you may not notice until halfway through. Thanks to such smooth progression, the listener is able to focus on their main task at hand. 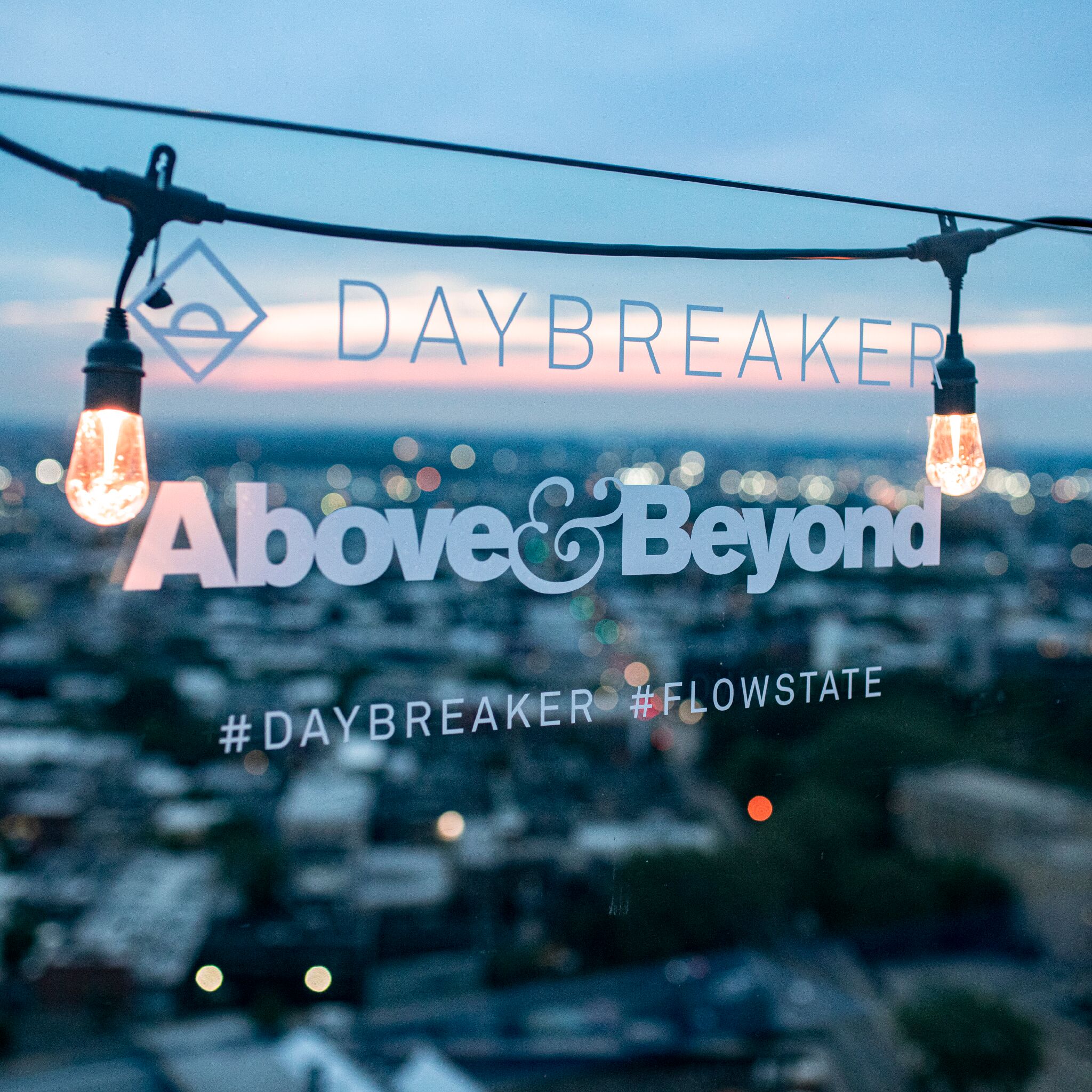 The chief intention of Flow State is to support a habit of Self-Care. Whether it serves as a musical aid to physical activity like Yoga or sitting still in a meditation practice, each of the 17 tracks were selected to inspire focused attention on the present. The busy and seemingly chaotic world we live in today makes prioritizing this practice all too important. “There’s been so much talk about mental health and fitness in the DJ and EDM circles. And for myself its been an important thing as well- I’m not 20 anymore, so I need to take care of myself,” said Paavo to CNN Travel at Flow State’s premiere in New York City. “Meditation and Yoga have been a really important part of my personal journey.” 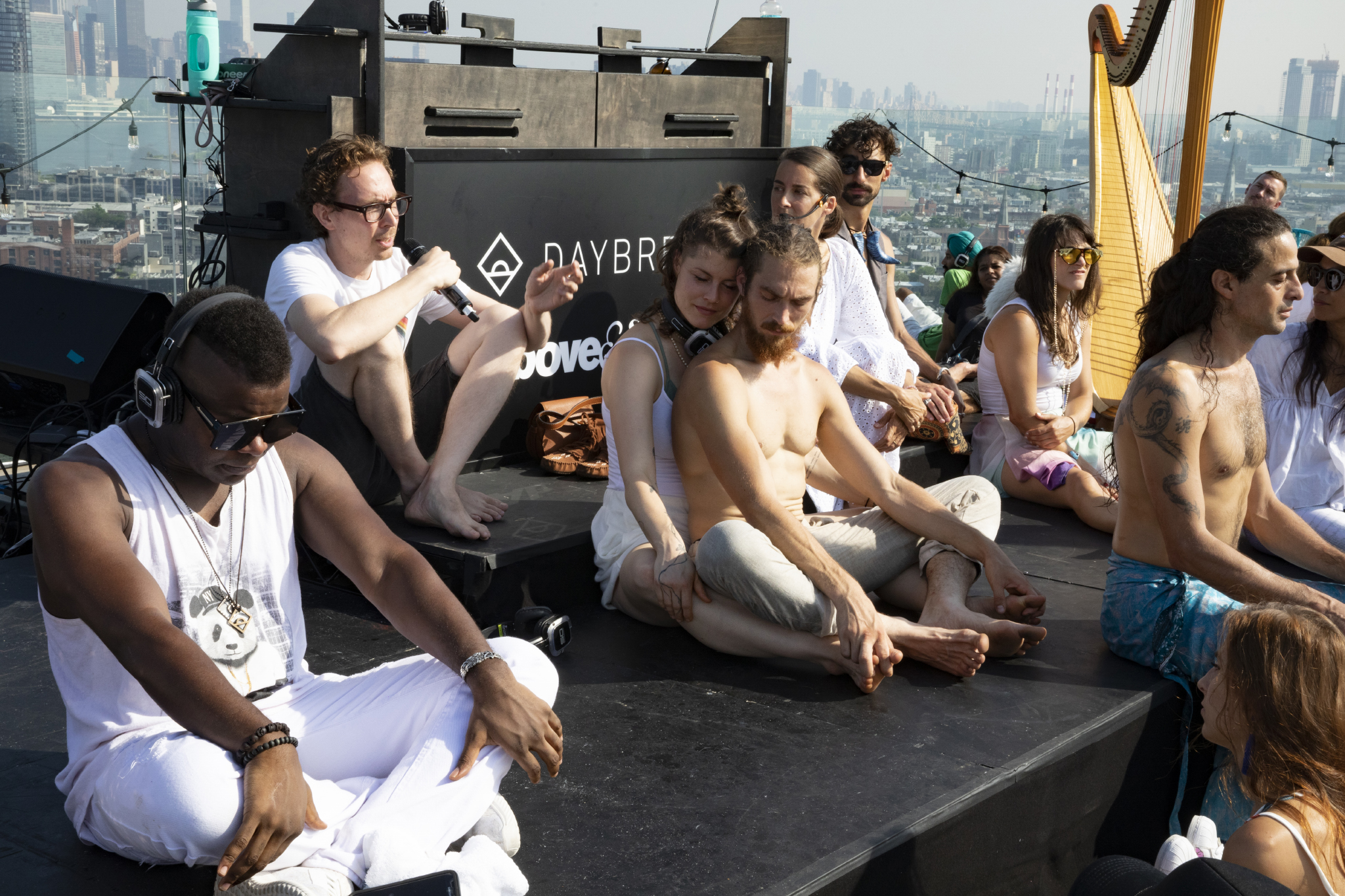 The album’s release saw A&B partner with Daybreaker, an organization that invites people to get their bodies ready for the day with an early morning dance party. Before these special soirees, attendees will experience Flow State with a live yoga session led by Elena Brower. Presenting the album in this kind of a live context solidifies its unique significance. As a band that makes music typically played in a nightclub setting, the three communicated their goal well:  “For me, one of the things the world really needs is comfort, and I think music is such an incredible bringer of that.  I hope Flow State can bring that feeling of comfort to people who live hectic lives,” Paavo says.

Flow State accomplishes its mission for listeners at home with a series of melodic peaks and valleys. Tracks like the first two Great Wall and Night Light contain simple chords and soundscapes to set the mood. These tracks are necessary to set the foundation for more expressive movements like the third song, Don’t Leave. Sobering pads and distant cog sounds throughout Rotations opens up the mind for the subsequent chord progressions throughout Ebb and Flow. Given there’s no strict four on the floor beat to follow, the mix also finds strong places to rest and change pace. Arguably the track’s most euphoric track Golden reaches a sensible conclusion and leaves a pregnant pause before the intricate piano melody for Believer slides into the mix.

Several original songs feel like resonant parts of their previous works. Strength from Inside has a chilling piano and resonant sonar-like sound throughout that makes the song ooze vibes from the middle of Tri-State. Homecoming invokes a warm feeling with its gentle arpeggios and chords that could easily be attached to the euphoric tail end of We Are All We Need. The beautiful moment for long time fans may be near the album’s closing numbers, when the trio’s classic instrumental Sun in Your Eyes comes into the mix and transitions to the title track of their latest album Common Ground. Played in context with the album’s progression, these familiar tracks gained a new meaning before cycling into the breathtaking album closer, Solarized.

A new voice to the band’s studio helps bring Flow State’s purpose to life: seasoned Yoga teacher and author Elena Brower. After meeting the group at Burning Man, the relationship blossomed into a unique collaborative run of live yoga sessions, including ABGT250. Brower leads a guided meditation to the first 5 tracks on the second disk. In it she contextualizes the practice of meditation while providing inspiring insight into the nature of the mind. In between thoughts, she has the listener take a simple deep breath to re-establish clarity.

For many meditators, it will be a smart choice to use the album alongside guided meditations from apps like 10% Happier and Headspace. Regardless, Brower’s spoken word will always be a special one to continuously come back to; her liberating and positive message combined with a gentle reminder to focus on the breath blends extremely well with the music behind her voice. 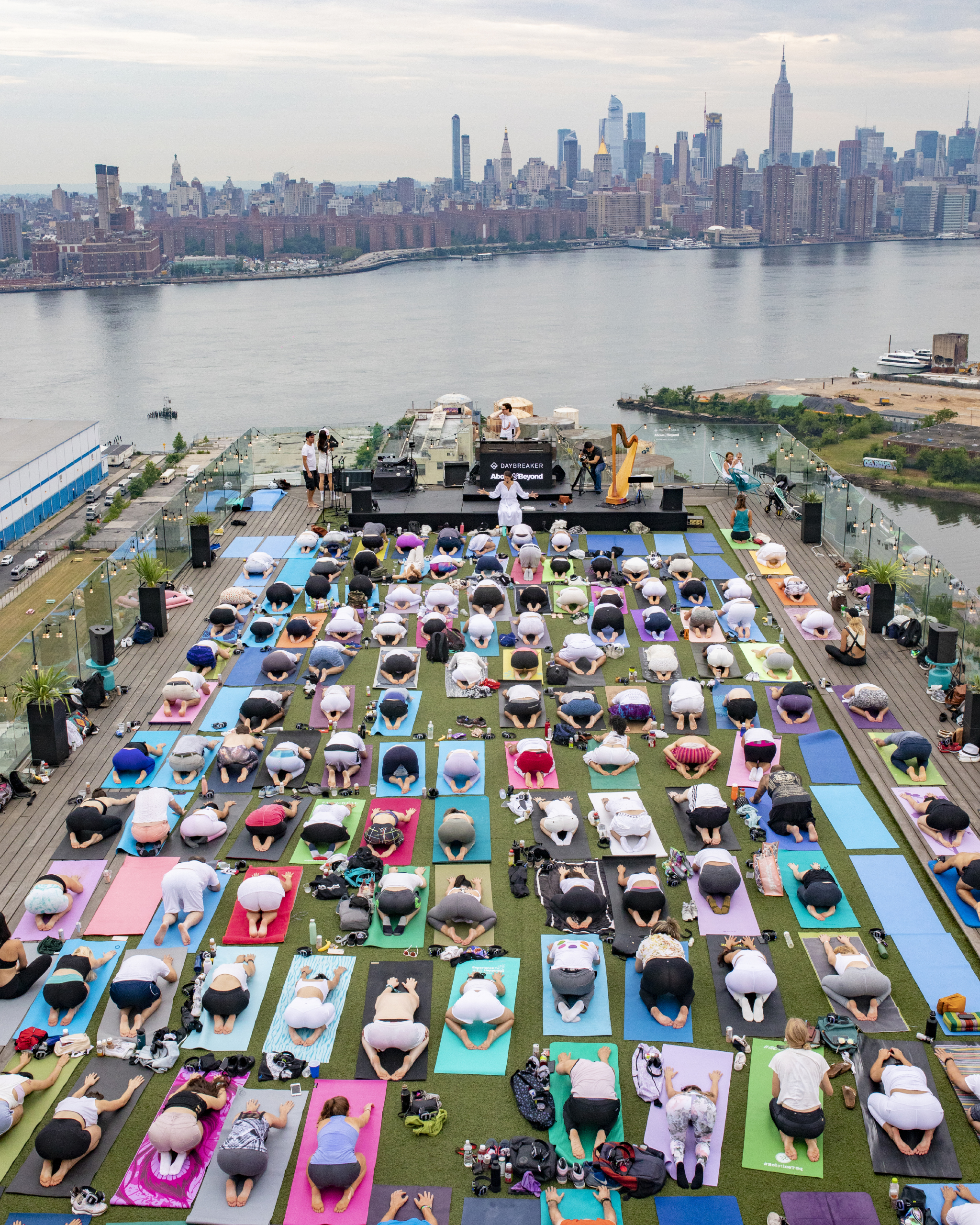 Flow State begins another era of Above & Beyond’s music: a future series of experiences that will aid people in connecting with themselves on a deeper level. It would be easy to assume this is a one-off album, but several factors point to another iteration. The trio has several scores in their catalog to draw inspiration from, including Common Ground’s opening track The Inconsistency Principle, the opening score to Anjunabeats Volume 9 Tokyo, and their acclaimed Ghost in the Shell Tribute Surge to name a few. Thankfully with so much new material, these 17 tracks can tide us over for a long while before the next installment.

Get Flow State on your music service of choice here. Daybreaker events are still available on the website.