As it starts to get cloudy for no apparent reason as usual in LA this week, thousands are reclining in their sofas remembering the splendid weekend they had at FYF. We certainly can’t blame them; 3 days of a reinvented DTLA with a smorgasbord of musical acts is enough to make anyone satisfied. Here are some sizable highlights from that weekend.

A schedule that allowed you to experience everything

Artists from all walks of influence culminate in each carefully chosen FYF lineup, and thanks to the people that came to have a blast had the opportunity to discover a smorgasbord of music. The four stages accomplished two missions: 1. give all of their artists an appropriate chunk of time to play and 2. create gaps in times so that people can explore the other styles of music the weekend had to offer. This tweak in the programming made for a diverse day for everyone who made it out.

As usual, we get a pleasant surprise from Producer and Filmmaker Flying Lotus. We knew he’d blow us away with a trip presentation, but we were beyond ecstatic to see a brand new 3D setup alongside his mind-blowing ear-candy. The video above is but a taste of what everyone with the glasses got to experience. To get the real thing, there’s no other choice but being there in person.

Trent Reznor took a moment during Nine Inch Nails’ set to pay tribute to David Bowie, who’s passing last year impacted a huge amount of individuals in his community. They played “I Can’t Give everything away” as a dedication to Bowie, a left turn from the energy of their set, but a powerful one. Bringing big name acts who are able to pay respect and tribute to the legends before them is crucial to creating an amazing lineup, and we can only thank FYF for selecting artists.

A showstopping performance from Solange

Pretty much everyone agrees: Solange killed FYF.  A Seat at the Table remains on people’s permanent playlist, making up the bulk of her amazing setlist. Of course, she wasn’t shy to incorporate the Proud Family theme song, another permanent memory for many of us that she has the honor of singing herself. a devoted fan let us know his experience at her set.

As a long time fan of Solange, it’s great to finally see her getting the recognition and credit she deserves. Her performance at FYF on Sunday was nothing short of spectacular. The stage set up, along with her and her dancers, was completely red. A giant sphere hovered above, like a giant red sun. It was a total performance art piece in the sense that every move was like a symbol with equal parts passion and meaning.

Solange took fans on a journey of her bodies of work, from ’Solo Star’ to ‘Hadley Street Dreams’ to her latest, ‘A Seat At The Table’.

Her voice is a force of its own and she’s definitely got the moves to match. Solange’s growth as an artist will only continue to rise and rise. 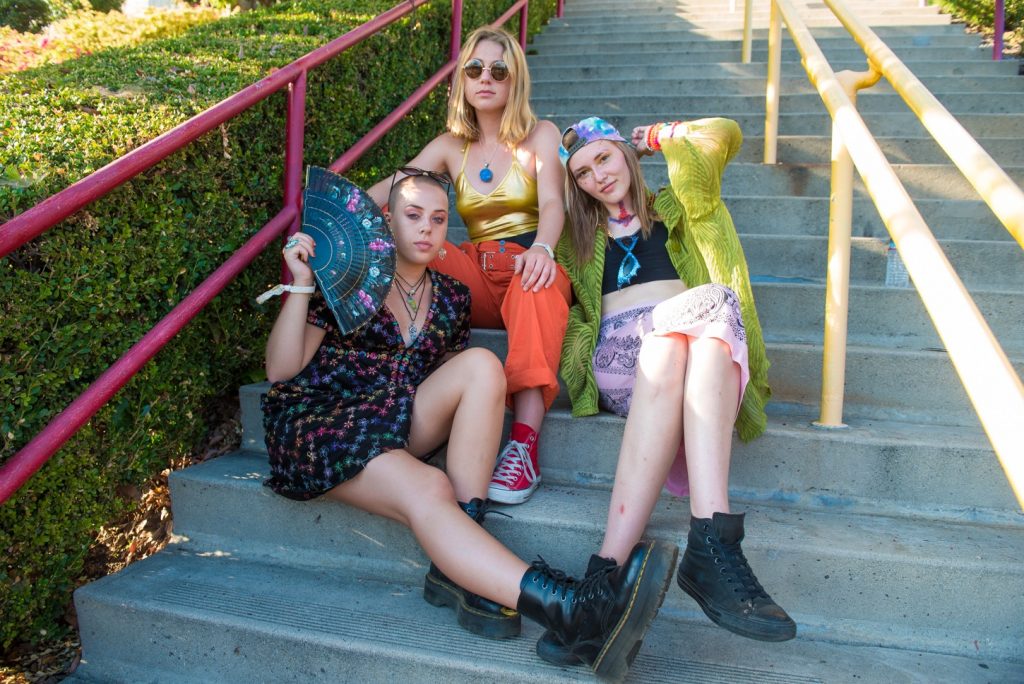 Beautiful people all around

No doubt about this: with a lineup that attracts people with different musical tastes comes a diverse array of stylish humans. The people who descended upon the festivities showed us how awesomely diverse this community is, and gave us some pointers on how to express yourself. Check out all of the outfits via LA Weekly. 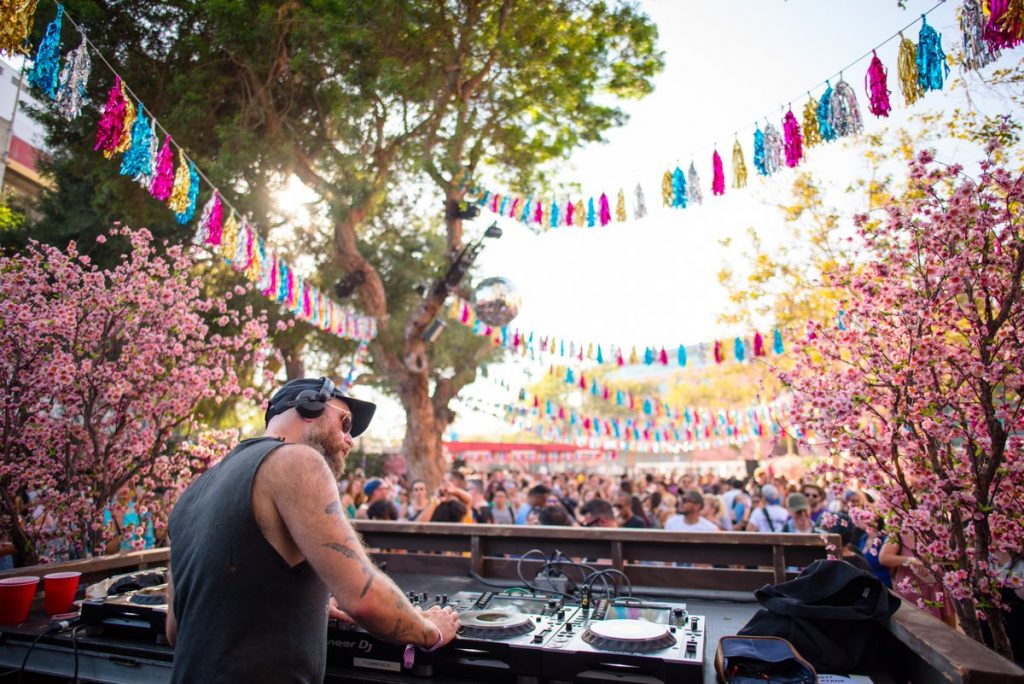 We can’t reiterate this enough: Dance music may be so widespread in the media that those who love it may be getting exhausted with all the attention, but the genre has never been in better shape. We see FYF’s recent creation of an all Techno/Deep Stage, Outer Space, and the musical acts who DJ’s at The Woods as an important piece of proof behind this statement.

The Woods reinvented a beautiful landscape of trees and cherry blossoms with the simple touch of metallic tassels overhead and a booming sound system and CDJs for house music all day and night long. Outer Space also impressed, featuring sets from DJ Harvey, The Black Madonna and Horse Meat Disco, a themed club night for the LBGT community hosted by Filthy Luka, Severino, Jim Stanton and James Hillard. We’re glad Dance Music is getting recognition across the festival circuit in so many different ways, and judging by the crowds this last weekend, Outer Space(and by extension, Dance music) is here to stay.