The notion of a VIP experience has been shackled to the image of extravagant party goers who want nothing more than premium champagne and a bird’s eye view of the action above everyone else. Vegas, Miami, and Ibiza hold the golden standard for this kind of party option, with clubs around the globe following suit to whatever trends they establish. The question is, where does this leave festivals in which the traditional VIP doesn’t quite fit?

Insomniac’s headliners are less inclined to accept a ticket that just separates them from the loads of like minded people they came to surround themselves with. The SoCal Company’s VIP team is a powerful force in the work being done to bestow a better value on the journey of those who decide to purchase the higher tier ticket. We got a chance to have a conversation with them about the steps the team has taken to separate Insomniac from the world yet again. 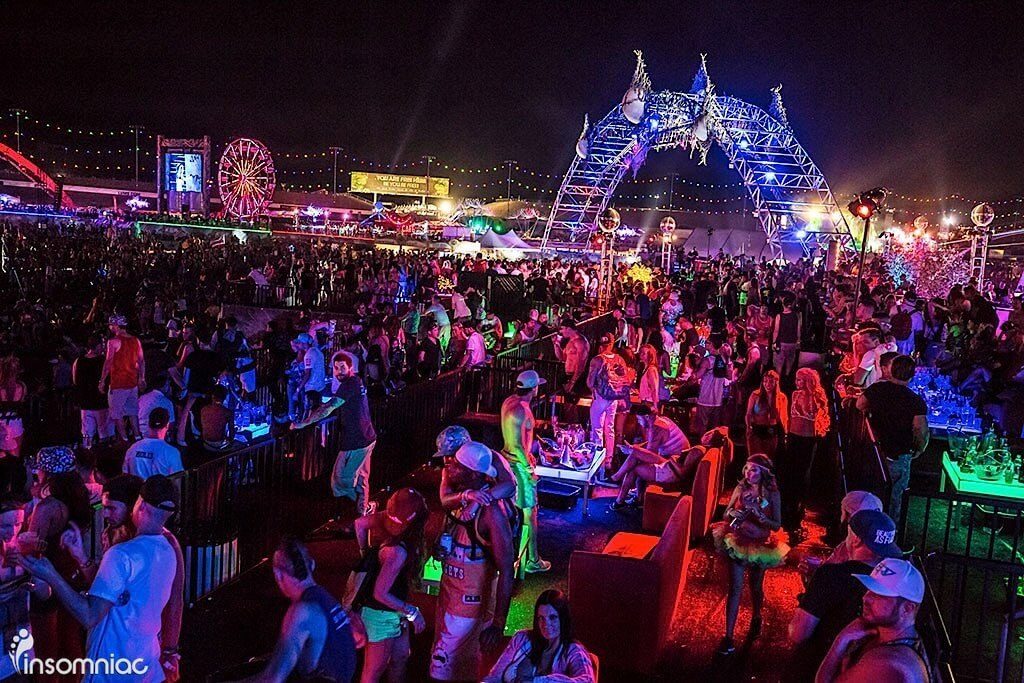 With the coming EDC season, these individuals built the mission to make you think differently about how the program is perceived. “A lot of times “VIP” can come with a negative connotation in the rave community because they see it as people who try to separate or exclude themselves, which would be counterintuitive to what our culture is,” They note. “We want to take away that intimidation factor in terms of what it means in the rest of the world and turn it around into something that people are excited for.”

We spoke about what aspects of a VIP experience that may be a bit strange to see in a festival environment, and what EDC can do to demonstrate a different direction. “Our VIP and GA demographic is a younger crowd than a majority of festivals, so it’s all about getting the value of what you’re spending.” 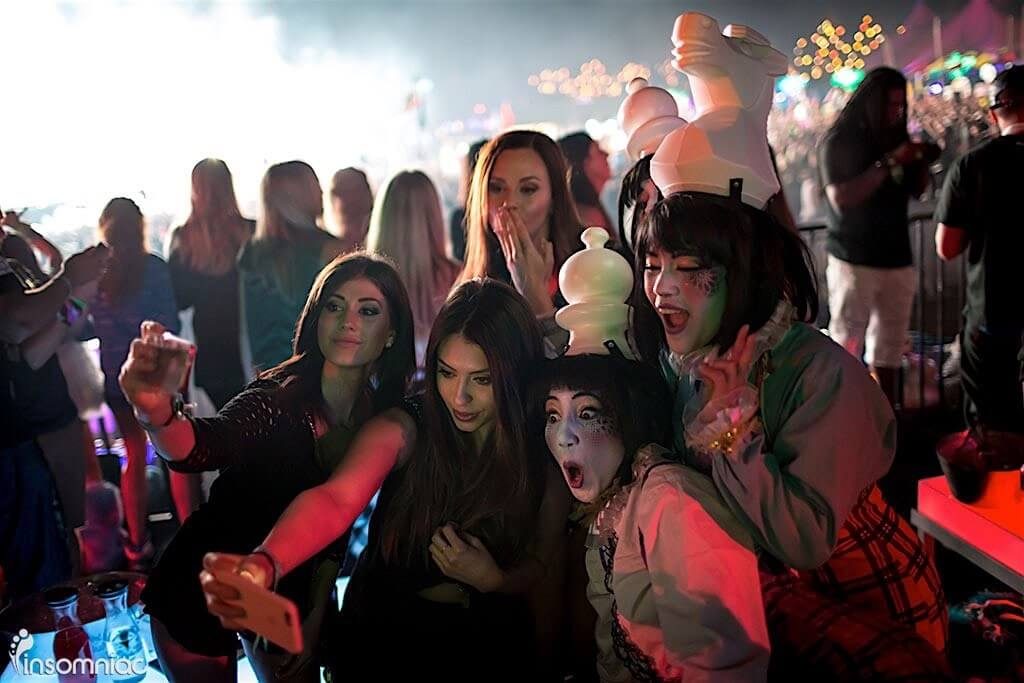 In a lot of instances you’re paying a lot because festivals are gearing it towards this older crowd that allegedly has all this money, but then you’re not getting too much with that additional spending other than a separate viewing area, private bathrooms, and expensive drinks. So while our price would still be considered expensive by some, what we are trying to cultivate is additional experiences and that’s what will separate us from the rest.

Looking at the page where all of the amenities are described, you see Energize, Explore, and Enjoy. What really interests us, though, was the Engage piece. Asking VIPs to engage in their experience sounds strange at first thought, but the different activities available to them makes for something that will create more memories than a birds eye view will ever give. “We’re launching our Random Acts of Kindness Booth, our Memory Wall where [VIP ticket holders] can write their experiences, complimentary body art, and every VIP ticket holder will receive a complimentary EDC branded coconut this year. What better way to start off your night than fresh coconut water to keep you hydrated throughout the festival?” 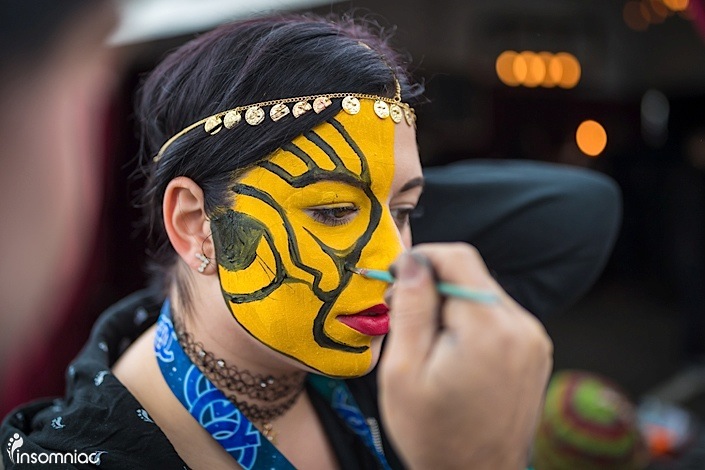 Making sure that the experience is coherent across the brand is very important; in addition to Vegas, the team has rolled out these ideas in New York and plans to go abroad with it as well. “We’re actually working with our production partners in the U.K. and Mexico as well. We want the experience to be the same no matter where you are.” 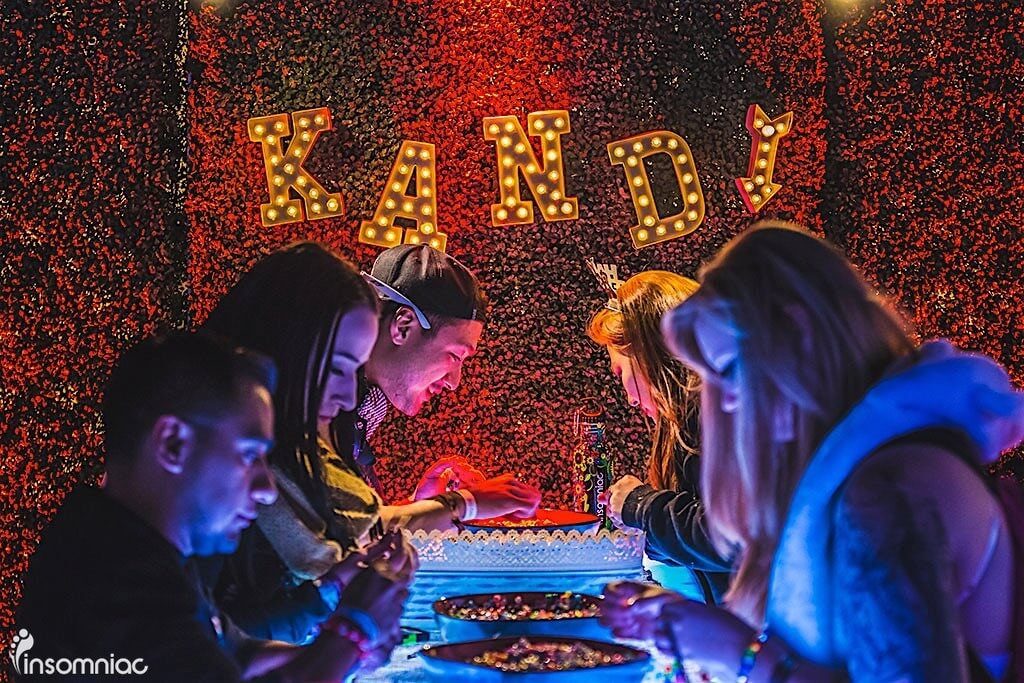 The team has meetings on meetings to get everything in motion and incorporates the brains of multiple departments to develop these programs. “We have a Production side of the VIP team and the Art Department, who are responsible for building and designing, and then there’s my own crew who works with operations, sales, and marketing.” The think tank environment of these meetings is an involved one, accepting any and all ideas for consideration. There are plenty of amazing concepts thrown on the table, and the only reason they can’t all be executed is because some may cost a bit more than the budget allows.

I mean after seeing the $1 million VIP package, the sky is the limit.

We have special, signature Uber-VIP Insomniac things that are very exclusive like a Front of House VIP Table, but $1,000,000 seems a little excessive! 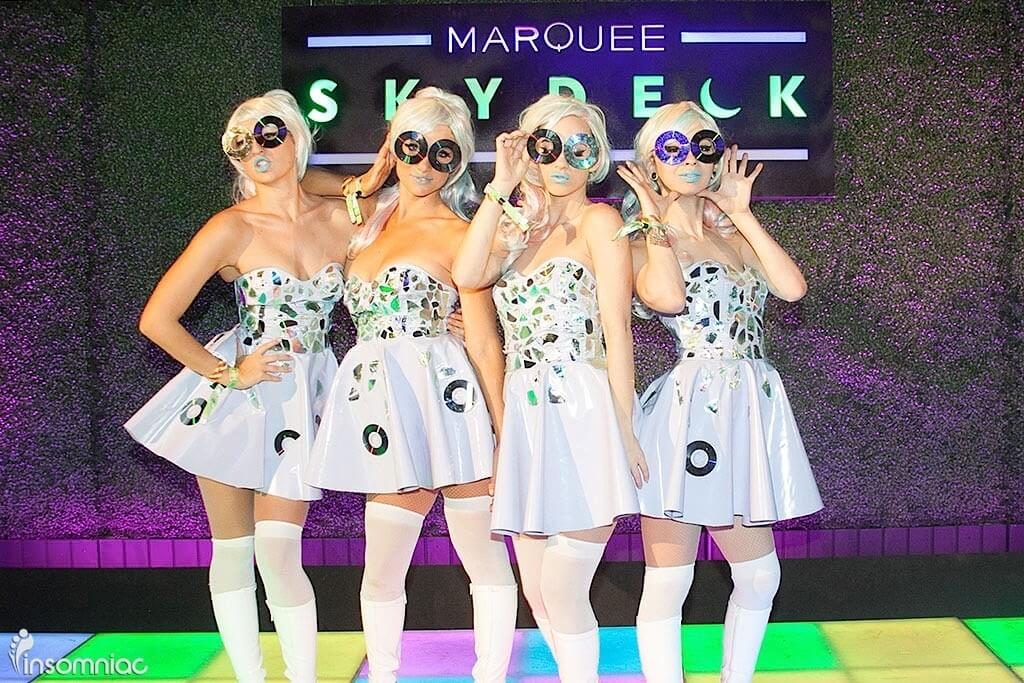 We also do a survey in the VIP area; it’s a simple survey but we value the feedback we engage them to find out what they like, what they didn’t like, and what they wanted to get more of. Through that we got a lot of positive response, so it was cool that they knew that we cared. We found through this survey that a lot of people wanted a separate water station in VIP, so that’s a staple now.

A big improvement that has come as a result of feedback, careful planning, and deliberation is making sure that VIP ticket holders can have enhanced musical experiences in more than one area. EDC Las Vegas will feature areas in many more stages than just Kinetic Field this year; there will be dedicated spots at Circuit Grounds, Cosmic meadow, and a special lounge area for Neon Garden. 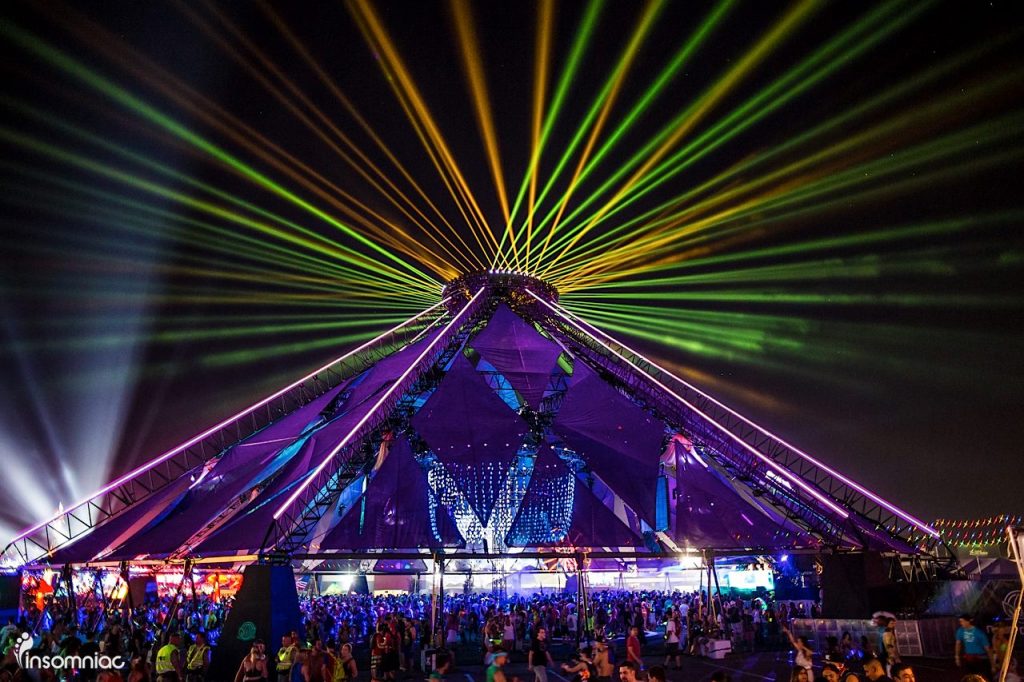 When we were thinking about what the identity of each stage was, and based on what we know about the demographic who would go to that stage, we decided to create a lounge within Neon Garden. We’re going to specifically include daybeds, arcade games, and a chess board. We’re even including a fresh juice station, an exclusive food menu, craft cocktails, and craft beers just to have a chill hangout spot that encourages dancing and more engagement. Neon Garden is a stage where people might stay the whole day, so we want to make sure there’s enough to do the whole time.

Ball Pits and all, the VIP experience at Insomniac is not a ritzy push to the top of the social circle, but a chance to further channel your inner child. As an open forum for ideas, the team’s meetings are sure to take this year’s extravaganza and build upon it to create a greater community through their events going forward. The upgrade is a jump coming this close, but if you’re able to take it up, it will be worth every penny.
You can learn all about the VIP program and get tickets to upgrade your experience on Insomniac’s Website.
Share
0
Share
0
Share
0
Share
0