Dilligent work and a refusal to have his sound stuffed into one genre box is what made Anjunadeep tap on the shoulder of their latest resident artist, Yotto. Otto Yliperttula by birth, he’s been previously supported on Above & Beyond’s Group Therapy Radio[ABGT] for his previous work as part of Something Good. His newest solo project has rapidly ascended, the demand for more securing him a spot on Anjunadeep’s North American Tour alongside label boss Jody Wisternoff and melodic maestro Cubicolor. We sat down with him after he played a captivating hour of tracks at Exchange LA including a remix of Above & Beyond and his newest, already famously acclaimed original. 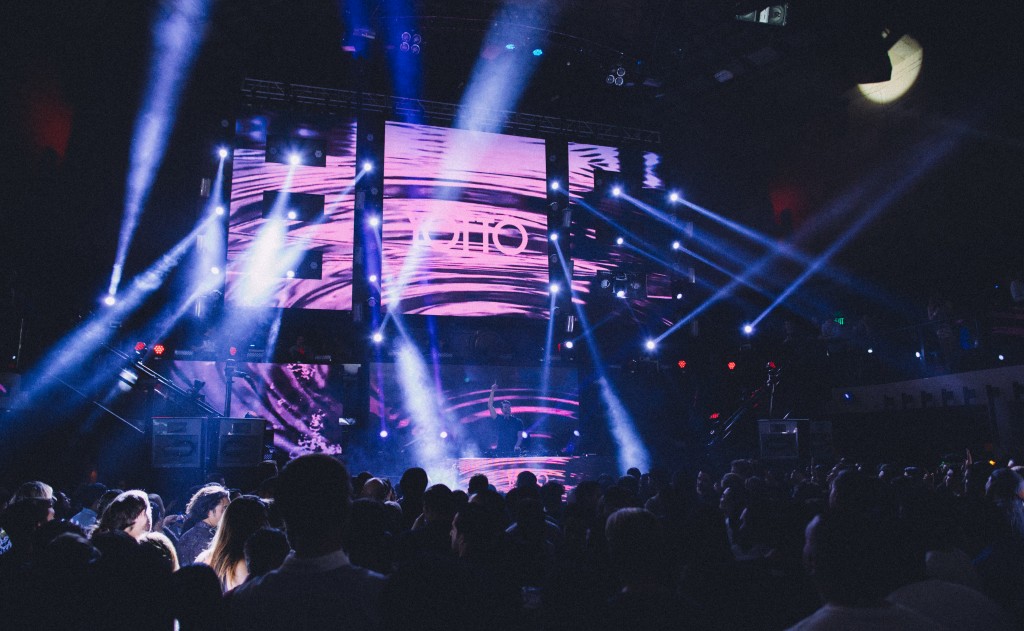 First of all, congratulations on having your track ‘Personal Space’ selected as Pete Tong’s Essential New Tune this week. It was cool reading your testament about that show being a big influence for you growing up; what were some of the first tracks you heard on that show that got you so interested in it?

I think about 10 years ago when Pete Tong started playing stuff from Steve Angello, Axwell, those kinda guys…those tunes were mind-blowing for me at the time. He used to hype those so much back then and the music was so great. I’m sure it’s great now too but I don’t have the time to listen to it as religiously as I did.
Before that era, what kind of music did you listen to? Any complete polar opposites of Dance Music?

I used to skate, and I would listen to a weird mixture of West Coast Hip-Hop and Heavy Metal. I started really getting into Dance Music because I would go to a public library and just picked up records that had cool artwork on them- that’s how I ended up getting so into Chemical Brothers and the like.

You only just kicked off your tour in North America, but what have been some fun things you’ve seen while on tour? Any cool stories so far?

It’s been such a fun tour so far with the guys I’m traveling with. You’ve got Jody who’s this classic UK party guy, then Cubicolor who’s a totally chilled out dude. I think I’m in the middle of both personalities so it’s cool to hang out with both of them, especially because they’re old school pros. 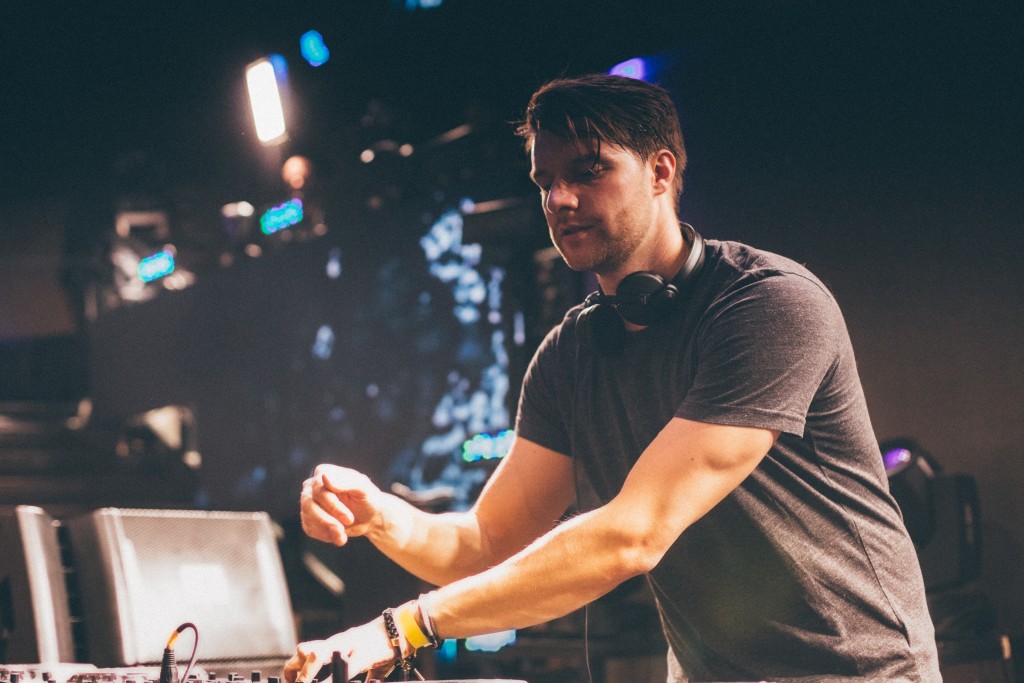 You have a lot of your own remixes and originals ready to play out on this tour; other than those how do you approach a DJ set?

The ultimate goal I have for my sets is to play 100% my own material, but then there really is so much good music around. In reality the way I approach it is based on how full the floor is at the time; tonight was really full when I went on, so I just went ahead and banged it out.

It definitely was; a lot of people who came tonight were really excited to see you just because of the attention you’ve gotten from ABGT as well as the releases you’ve made in the last year. You’ve done work as Something Good as well though; how long have you been making music that you’ve wanted for Anjunadeep?

Well, I never approached it that way. It actually happened kind of naturally. I did a remix of a track from Anjunabeats at the beginning of last year and they loved it.

Rubicon, yes? Thank you for that unique take on those chords.

Yeah, I actually need to play that more often. (laughs). But I made a mix for them with like, six unreleased tracks in there just for fun…and they actually wanted to sign all of those. So we ditched the whole mix thing and just worked on releasing those tracks- since then we’ve had such a good working relationship.

How crazy was that conversation?: “Hey, we aren’t going to release this mix, BUT-…”

It was amazing. [laughs]

How long have you been working with your brother? I know you’ve been making releases for a while but what was the first time you decided to make music together?

Well, my brother is way more talented musically than I am. I can do this *clings beer bottles together* and he can tell me what key it’s in.

I think that was A-Flat Major.

Yeah, probably. [laughs] I’ve always just been the nerd and he’s always been a magician with music. I actually can’t even remember the very first time we worked together, we just lived together for a long time while he was constantly singing in choirs.

Did you play any instruments yourself?

I played piano for a few years but decided to stop when I was 14; it was really valuable for the stuff I do now though. You can definitely produce without knowledge of music theory, but it’s just so slow! Like if you know what you’re doing; your chords, your scales…it’s much easier. 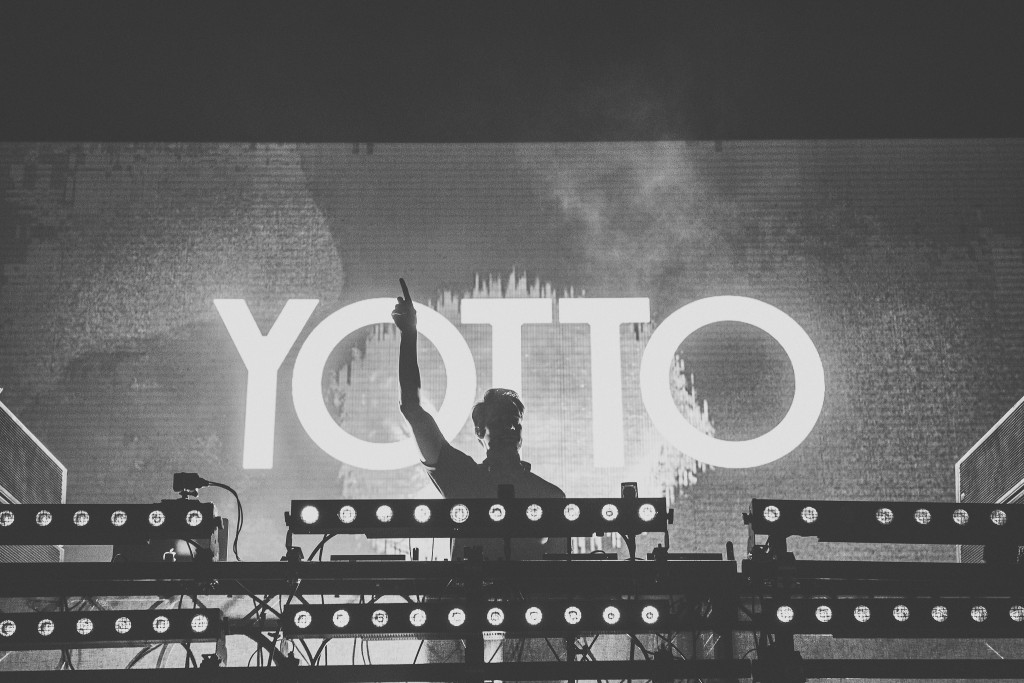 You’ve been pumping out a lot of stuff out of your studio lately, but it’s unlikely to me that the inspiration strikes every day; do you have habits in the studio to keep yourself in a creative mood?

I actually have a studio set up at home so whenever I feel like it I just go in there and just sit down…my latest track Personal Space is kind of inspired by that room, that’s my zone, and that’s just where I want to hang and make music in.

That’s amazing, it’s really hard to get personal space in areas like out here in LA…

Yeah and it’s hard to get your own space set up at home too but it’s worth it. But pretty much what I do to get in the right mindset is is vibe and jam it out. If something sticks I work with it.

So say you’re in the studio for hours working on the same loop and need a break: do you own a Playstation or Xbox? How do you decompress?

I run and I go to the gym. Anything physical really. I don’t really play video games or watch TV.

Wow, you’re lucky not to get absorbed in that. No World of Warcraft or anything?

I couldn’t do that. My mom never let me as a kid, and I think that was the best decision ever. 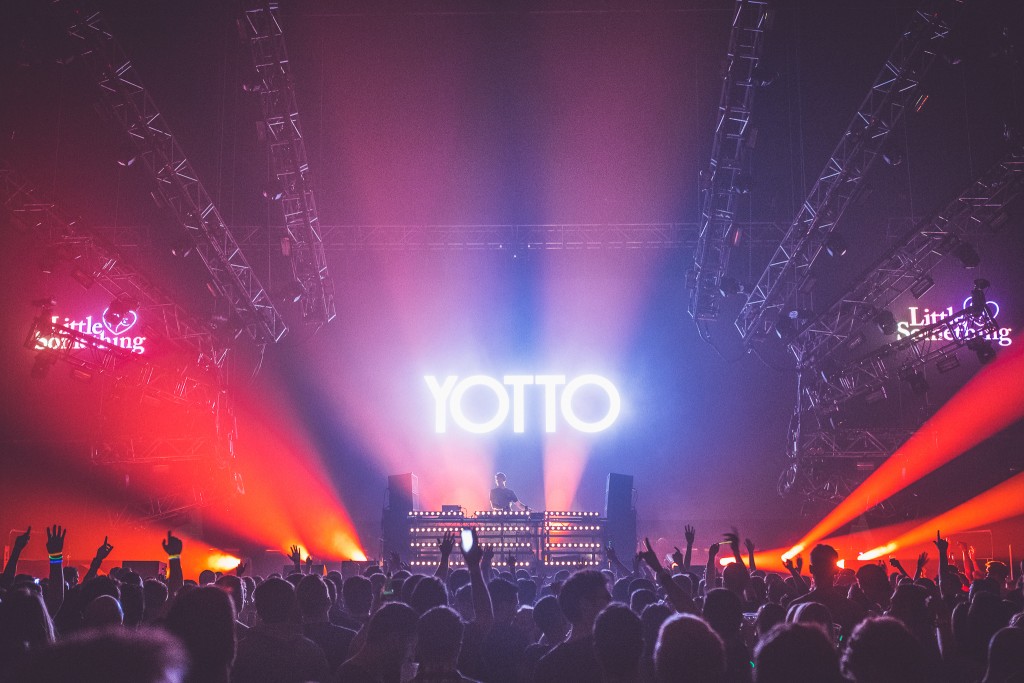 So, I really enjoy reading your comments on Twitter. Specifically I saw you make a post on the hypocrisy of some techno producers who bash on EDM structure. Why do you think people get so upset about popular music?

I hate that, I don’t think there should be such a huge gap between “underground” and “mainstream” music. People who make music may end up creating something that could
sound more mainstream but have the same passion as the the guys who wear all black and play the same loop for ten hours…which isn’t actually cooler; it’s just branded that way. It’s equally as strong and established of a brand as pop.

It definitely seems to me like the Techno Community, the EDM community, even something as specific as the Anjuna community all have their own style that is used to unite people with similar tastes. To those outside of the loop it could sound exactly the same.

Yeah, the small communities are what keep people running. It’s just so stupid to me to waste your energy mocking another type of music.

Agreed. Speaking of your tweets, how goes the search for a douchey laptop?

I got one! It’s a big black machine. I love it, it’s super powerful and looks like a spaceship or something.

I think the only thing media ever talks about or covers is purely EDM. You see mainstream outlets covering only the biggest acts that played Coachella…which honestly makes sense. Going forward though, I’d like to see anything electronic be accepted as part of the musical spectrum just to get more balance, which I actually think is happening right now. It happened with Hip-Hop: people got tired of the popular sound  being everywhere. They stopped listening to or caring about Lil Wayne because they wanted to go listen to David Guetta.

Yep, same thing happened with Emo music falling out of the spotlight I feel. Given EDM has the same fate as the pop-driven genres before it, what do you think might rise up in it’s place?

That’s a hard one. I’d like to see Rock come back in some new form, that would be really interesting in whatever way it’s branded. It could happen, you never know.

Yotto is soaking up some West Coast sun for a much deserved break but will be back on the road starting on 12/2. Get tickets to see him via Anjunadeep’s Facebook.