Damon Albarn and Jamie Hewlett will bring Gorillaz to North America for the first time in seven years (2010’s Plastic Beach Tour) with a run that kicks off July 8 in Chicago and centers around a number of festival gigs including Outside Lands, New York’s The Meadows, Life is Beautiful and Miami’s III Points.

The band is touring in support of Humanz, their new album due out April 28, which they previewed with an intimate performance at Printworks in London where they were joined by De La Soul, Pusha T, Noel Gallagher, Danny Brown and others.

Tickets for all headlining shows go on sale this Friday, April 21 at Gorillaz.com. 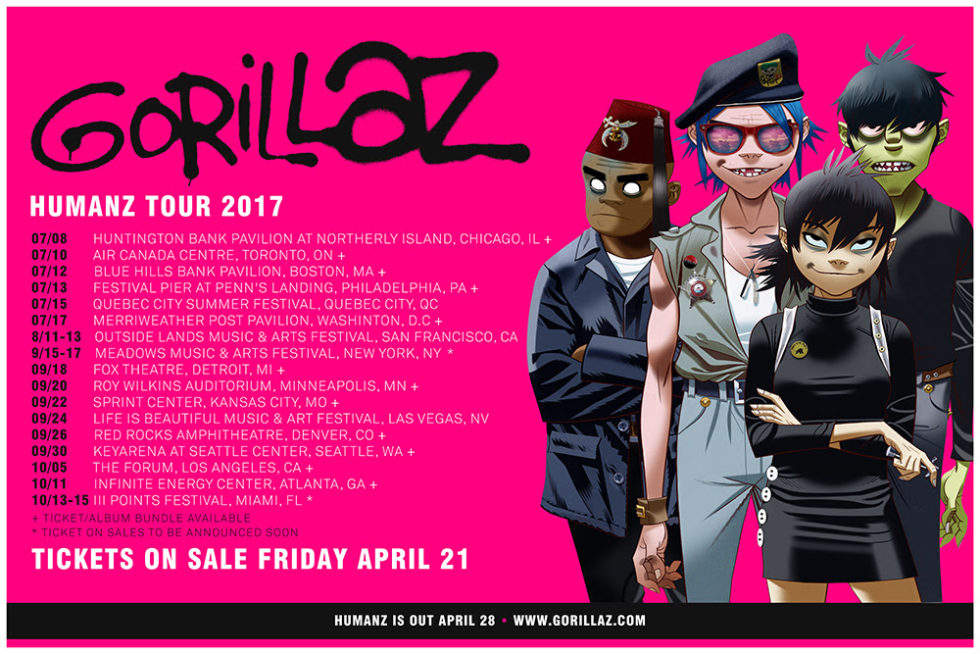