Festival season announcements are fully upon us and with 2018 just barely three days in, Governors Ball has now come forward with their 2018 lineup less than 24 hours after Coachella revealed theirs which included The Weeknd, Beyoncé and Eminem as this year’s headliners. As for the coveted New York City fest, they’re not to be outdone as they’ve locked in Eminem, Travis Scott, N.E.R.D, Jack White and many others to headline this year’s eighth annual music extravaganza. In addition, other notable acts include Galantis, Lil Uzi Vert, Damian Marley, Cut Copy, Post Malone, The Glitch Mob, Brockhampton and Diplo amongst others.

Governors Ball 2018 kicks off on June 1-3 at Randall’s Island Park with tickets currently on sale today for $275 USD for a 3-Day Pass. After 11:59 pm tonight, tickets will then be priced at $305 USD. Check out the full line up below and let us know what you think. 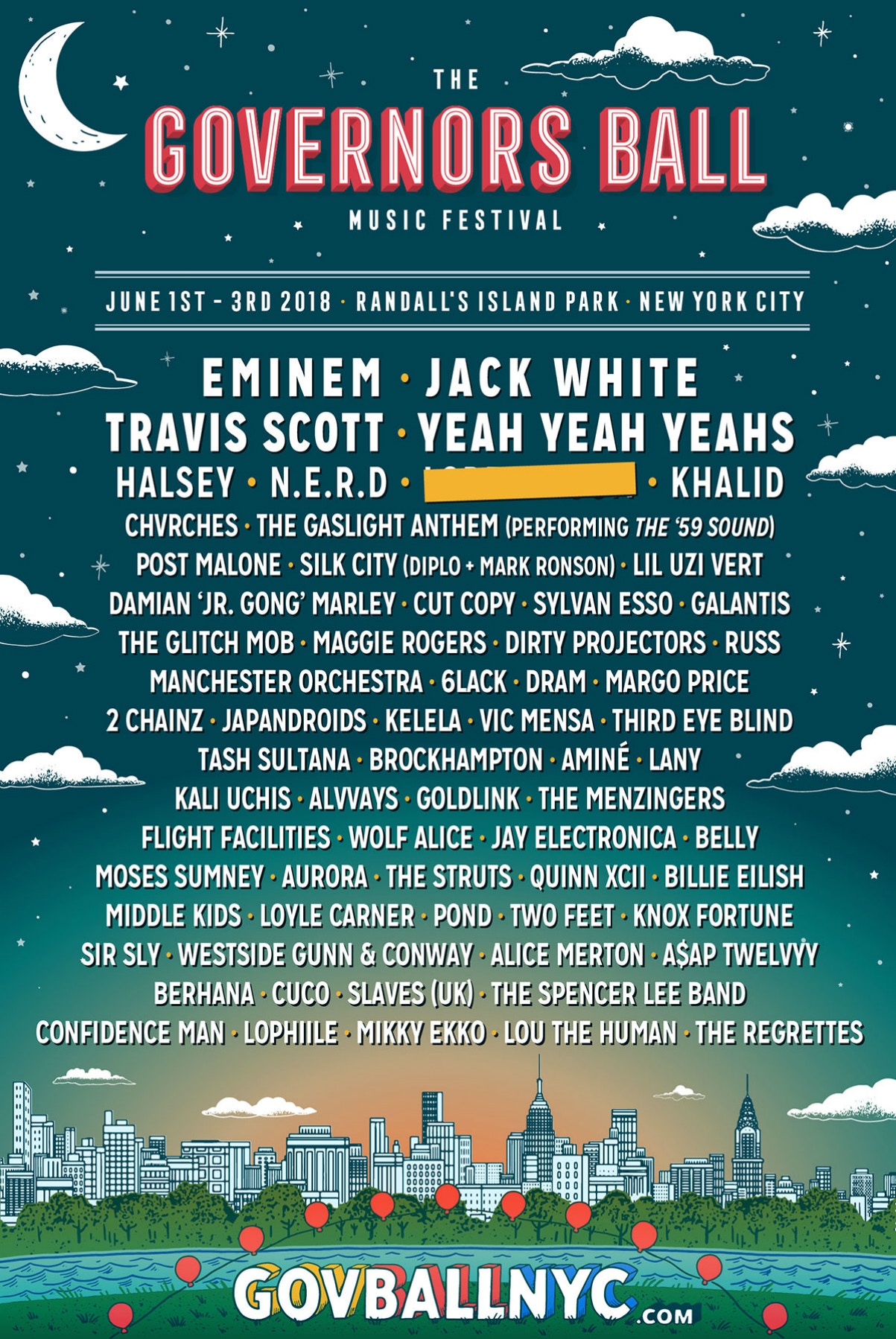