The ninth annual Governors Ball Music Festival will take place at Randall’s Island Park in New York City between May 31 – June 2. Organizers Founders Entertainment unveiled the lineup for the 2019 installment of Governors Ball.

The festival will also feature a robust number of food, beer and cocktail options. Between sets, attendees can take in and enjoy surprise pop up performances, play lawn games, explore street art and the 21+ Best Kept Secret area. Late night events will take place throughout the city as part of the Governors Ball “After Dark” concert series.

Check out the graphic below for the full lineup. Tickets are on sale now. 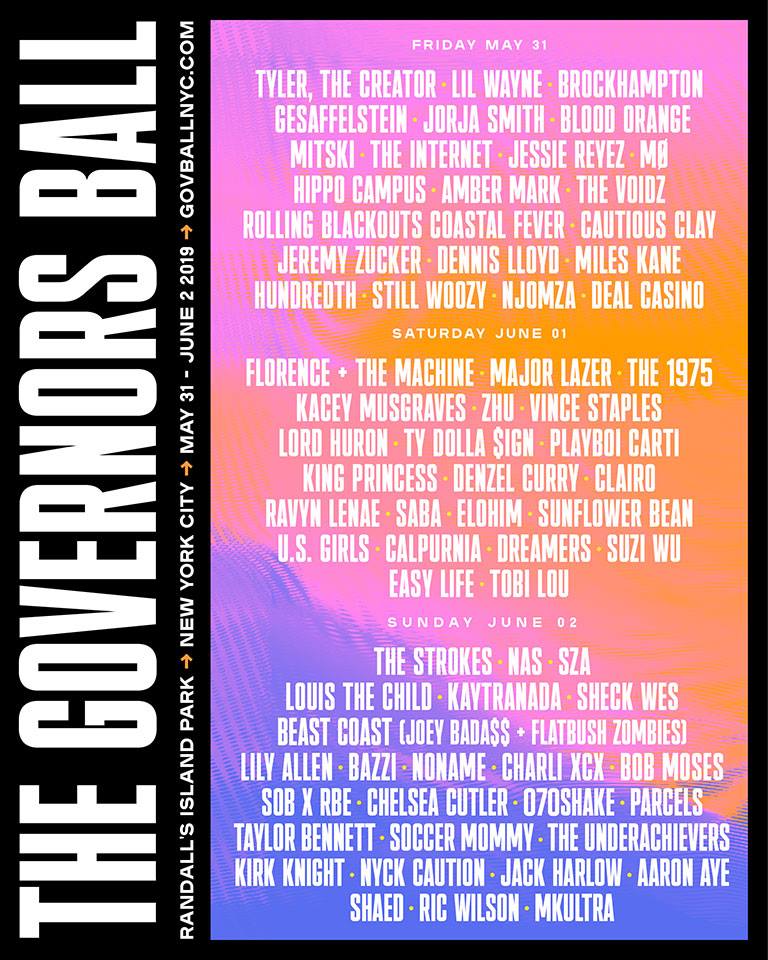