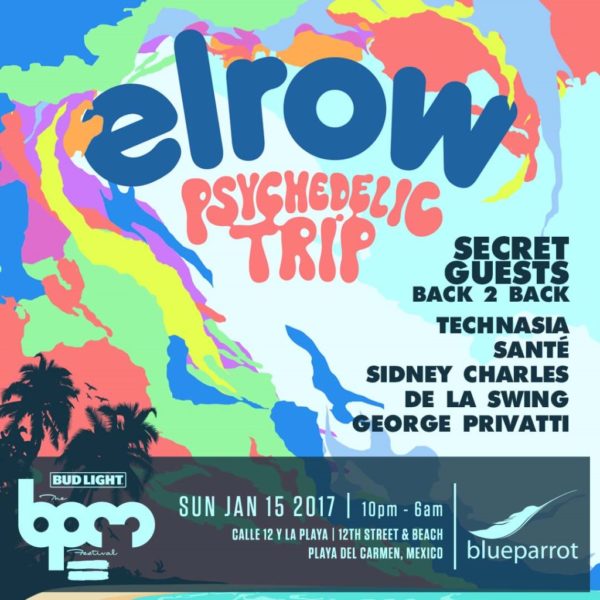 Multiple shots were fired at tonight’s El Row party that took place at the Blue Parrot during the 2017 BPM Festival in Playa Del Carmen. We were live at the scene as this event took place during Santé back-to-back Sidney Charles set when shots went off. What seemed to be the sound of fireworks turned into screams and panic as attendees rushed towards all exits of the club. Attendees and our team hopped over the fences at the back of the venue and dashed along the beach to any nearby safe zones.

Jackmaster tweeted soon after the event that 4-5 people are dead and multiple wounded. All closing BPM Festival parties have been shut down.

Edson Portillo, a fan who was at the event tonight, had this to say:

We started hearing shots but everyone thought it was fireworks. Till we saw security run after someone and we saw the shots coming out of the guns. So everyone dropped to the ground. Then all of a sudden it got calm, and then on the beach side of the hotel someone else was running away shooting back at security. Then after a couple seconds we all got up and started running for the exits. On our way out we could see people laid out bleeding…dead…

Global Dance Electronic is reporting live at the scene and will deliver updates as they become available.

After alleged reports of shots fired this morning at Blue Parrot, all BPM parties are shut down while police investigations are underway.

We advise you to remain indoors and check with your companions to make sure everybody is safe.

Someone has come into the club in Playa Del Carmen and opened fire. 4-5 dead and many wounded. Stay in ur fuckin hotel if you’re here at BPM

Apparently now more shots fired at another club in the area

Gunmen opened fire at Blue Parrot in Playa Del Carmen at BPM . Hope everyone is safe and stay off the streets please 🙏🏼

Apparently gang turf wars kicking off and people shoot at two clubs during BPM including Blue Parrot!!! At least 5 dead and several injured

Shooting at Blue Parrot during elrow. Mother fuckers shot through the back where it’s all open. I’m afraid it doesn’t look good

omfg life just flashed in front of my eyes. gun shots were fired at elrow

that’s shit you see on the news all my friends and i got out of there. if you’re in playa del carmen get to your condos and stay safe