Hakkasan is getting ready for Las Vegas’ biggest Dance music weekend in a special way- by replacing their huge logo on the ceiling with an incredible modular lighting experience. The MGM’s hallmark nightclub has employed the use of an enormous moving grid, comprised of not one, but 57 attached triangles. It wouldn’t be a new structure without a world record being set; the fixture is the biggest of its kind in the US.

According to a press release, the Grid was custom-built by Germany company WhiteVoid, and is the largest permanent kinetic light installation in the United States. The 30-foot sculpture is constructed from 57 3D printed triangles standing at four-feet each. The centerpiece will transform and change color with the music in real-time, thanks to pixel-mapping and color-mixing technology controlled by Hakkasan proprietary software. 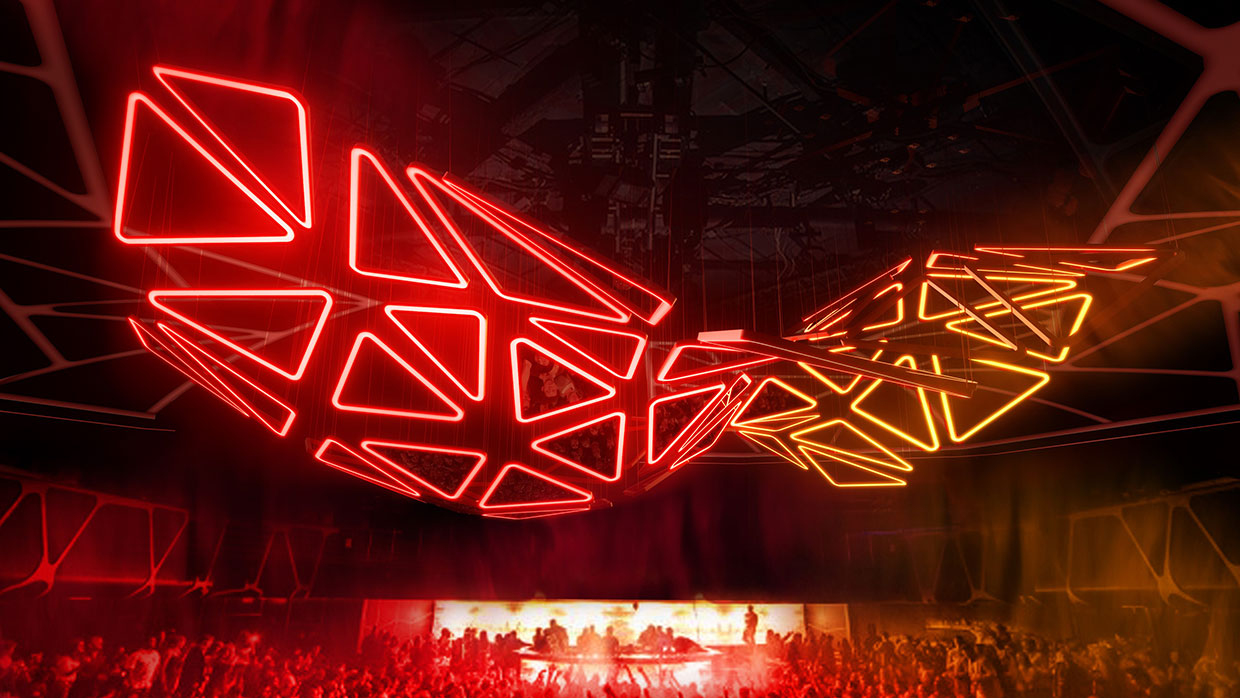 “The nightlife industry requires constant evolution and excellence, and we pride ourselves on consistently rising to this challenge and providing our guests with unforgettable, transformative experiences,” Hakkasan Group’s executive vice president of entertainment James Algate is quoted in the press release. “We’re thrilled to yet again push the boundaries of nightlife with the new Hakkasan Grid. We’re confident that guests will be blown away by this futuristic, multisensory experience we’ve created.”

Check out more info on the structure at Hakkasan’s website and be sure to check it out on Wednesday or Thursday before EDC or during if you’re not attending all three nights of the festival.