There are several reasons to visit a given Insomniac festival’s Upside Down House. The intimate vibes of the stage are realized in a wide open dancing area, with the literal representation of the stage’s name commanding attention in front of you. The soundtrack for such a vibe is crucial to its success, and today, Insomniac has announced the roster for Nocturnal Wonderland.

Presented by the resurgent Insomniac Records, the lineup will feature loads of quality talent, from Vegas veterans Bot and Astronomar to new faces that people will be happy to see grace the San Manuel like Attlas and Sinden. House music will be at its purest and funkiest in this nook of the fest, and it would be a disservice not to stop by once a day to see what Upside Down House has to offer.

Check the full lineup below! 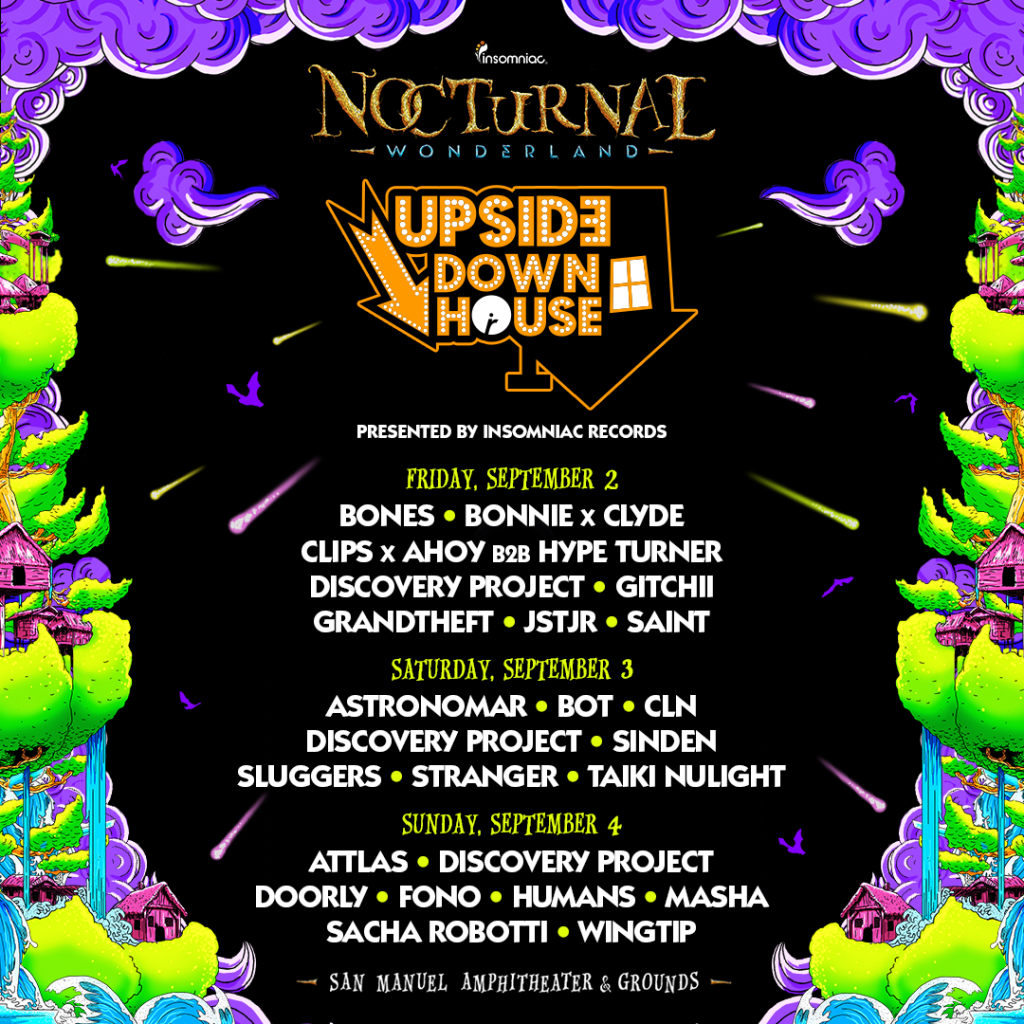