Ever wanted a front row seat to history? If you decide to get tickets to Justice’s DJ set at a Brooklyn Warehouse on New Years Eve, not only will you be treated to a set from breakout producers Bob Moses as an opening treat, but you’ll probably hear material from the French duo’s widely anticipated 2016 album. Even if you don’t, the guys behind the decks know a thing or 43 about French Techno and beyond. Ringing in the new year with the free for all of tracks they plan to play that night will have you floored into this next festival season. 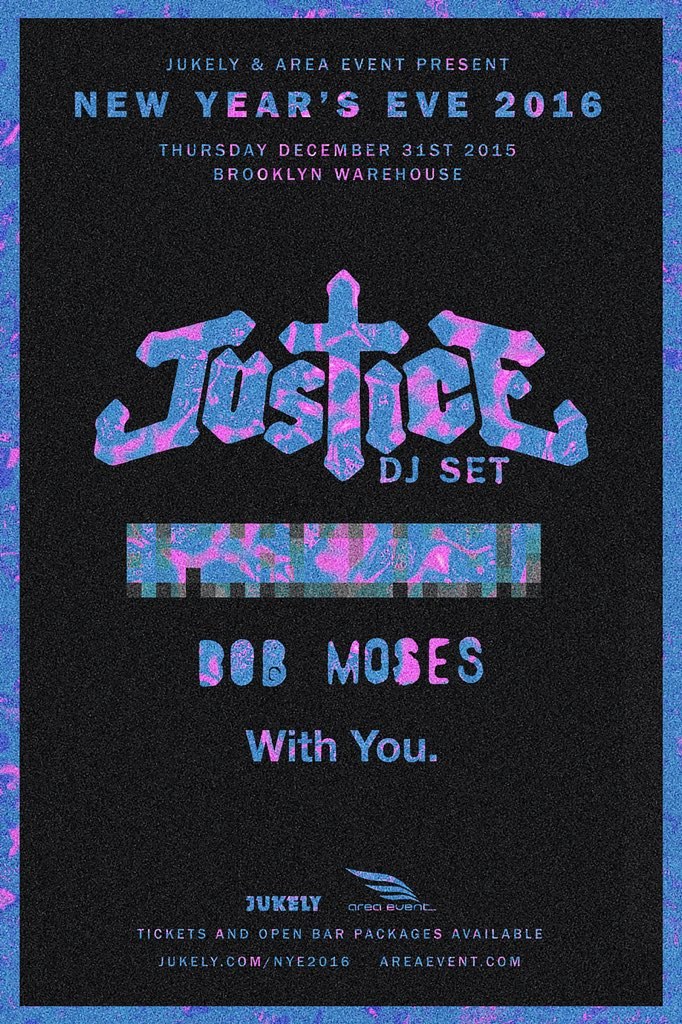