As the Palladium finishes rocking out to EPIC 4.0 in Hollywood, it looks like another dance music titan has announced their return to the busiest city on the globe. Kaskade will be gracing the decks at the Los Angeles Convention Center on Saturday, May 7th 2016, which automatically brings forth strong excitement. Support is yet to be announced, so stay tuned for more news on what will be a fitting transition from Spring to Summer. Tickets for the show will be available for purchase starting this Friday, February 26th at 10:00 am pst HERE. American Express® Card Members can purchase tickets before the general public beginning Wednesday, February 24th at 10:00AM PST through Thursday, February 25th at 10:00PM PST.

“It’s been a minute since I last played a proper Los Angeles show so we decided to go all out and make this an absolutely unforgettable night. I’ve heard my SoCal fans loud and clear and can’t wait to deliver my biggest set yet.” – Kaskade 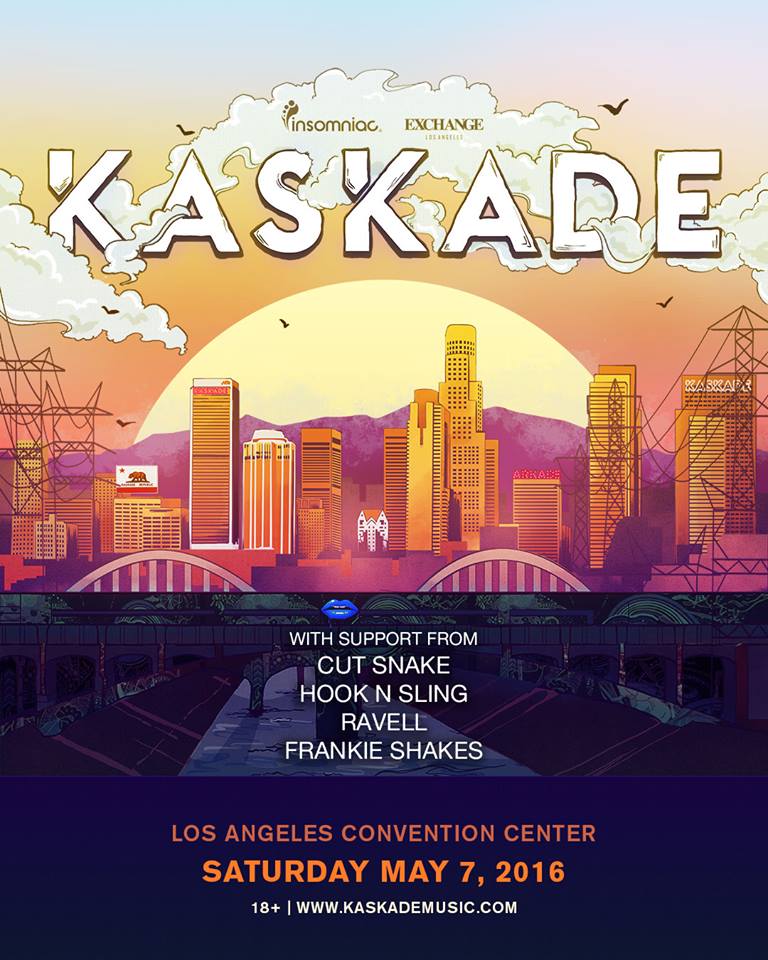