UPDATE: Seems the Kylie Jenner DJ set is not happening after all when Kylie herself quoted SLS’s tweet promoting the event claiming “this isn’t true”. Something doesn’t seem right! The nightclub wouldn’t just go ahead and create the official event flyer, post the link to buy tickets, and blast it all across their social media platforms. She either wanted more money after the event blew up, backing out from all the negative press via media outlets, or her prerecorded mix won’t be ready in time.

*sigh* First Paris Hilton, then Kim Kardashian, and NOW Kylie? If only this was a joke, but unfortunately The SLS Las Vegas and Foxtail Nightclub are “proud” to be hosting the untalented Kylie Jenner at their nightclub as she makes her official DJ debut during Memorial Day Weekend. Let’s just keep it 100 right now. Why is she even bothering to pursue a DJ career all of a sudden? What is she going to play? Tyga’s greatest hits? (lol). It makes no sense! After her fail attempt of trying to rap with Burberry Perry & Lil Yachty, and even dropping the N word (Kanye check your sister-in-law ASAP), she lost whatever credit she had with people, if any. She needs to stay FAR away from anything music related. That’s our word!

Stick to Instagram and Snapchat, Kylie! Leave the music to the people who are willing to dedicate their lives to it. 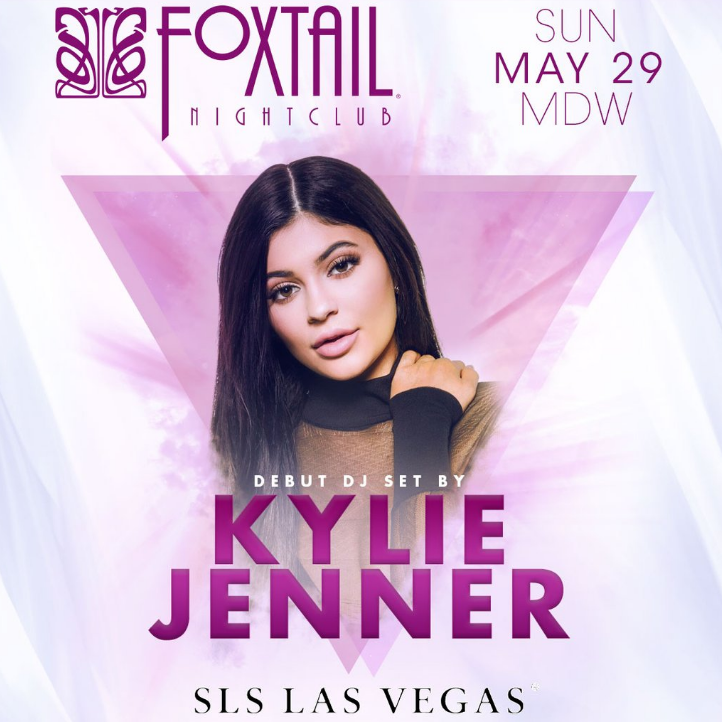