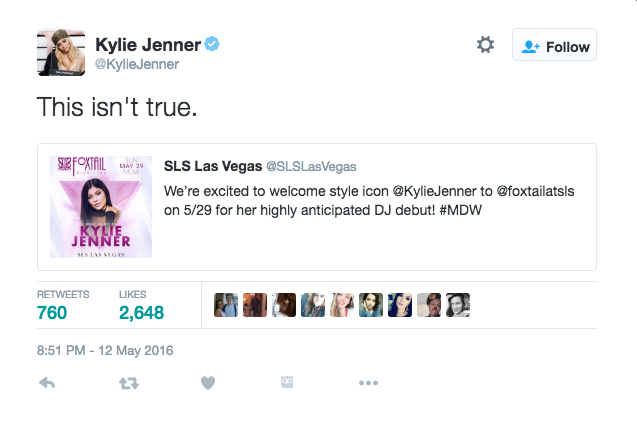 Thank goodness it’s safe to say that Kylie Jenner will not be debuting her first DJ performance inside Foxtail Nightclub at SLS Hotel in Las Vegas during Memorial Day Weekend. An SLS representative confirmed that the whole thing was false although the hotel did promote the event across all their social media. Whoever planned this hoax knew what they were doing because it was reported there was a signed contract with someone who claimed to represent Kylie Jenner. It was obvious the whole scenario was a lie when Kylie took to Twitter to say it wasn’t true. Well now we don’t have to worry about another Paris Hilton-like DJ or anymore Kardashian nonsense.

Damn, Deadmau5. You too? We dodged a bullet there! 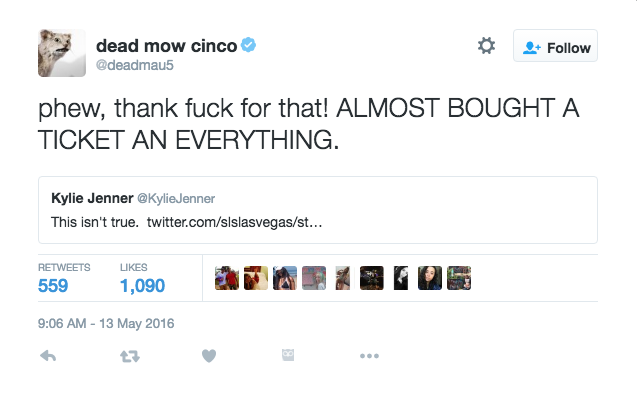 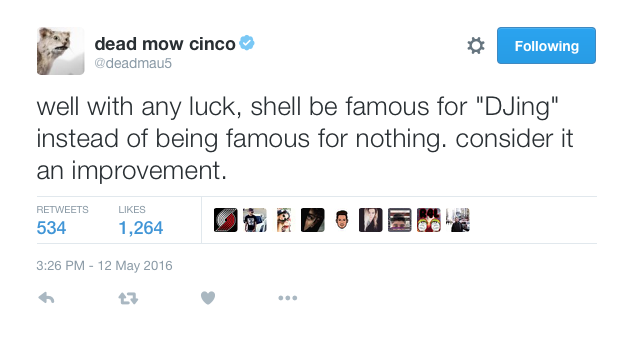