Someone on the internet uncovered a picture of a piece of paper listing Kaskade’s set list with timestamps. Some times do match the exact times on the sheet, but as pointed out by Kaskade’s director of Visuals Mike Burakoff, the paper references was made to help the team “practice mp3 that Ryan mixed so we could get our heads around the massive 2.5 hour set. Ryan does it all old school” with their visual transitions for the show. As Burakoff notes, there were variances in the YouTube recording of the set that was slated to be “Proof” that the set was recorded beforehand, attributed to the DJ’s adaptability to the crowd. While this doesn’t make the visuals team’s life easier, it quells the all too popular thought that most DJs don’t care to do anything but wave their hands around.

“We had a LOT of fireworks going off inside and we needed to time these out so no one gets hurt. I grew up as a musician and appreciate that even though Ryan has an idea of where he is going, still improvises all the time based on the crowds reaction.” 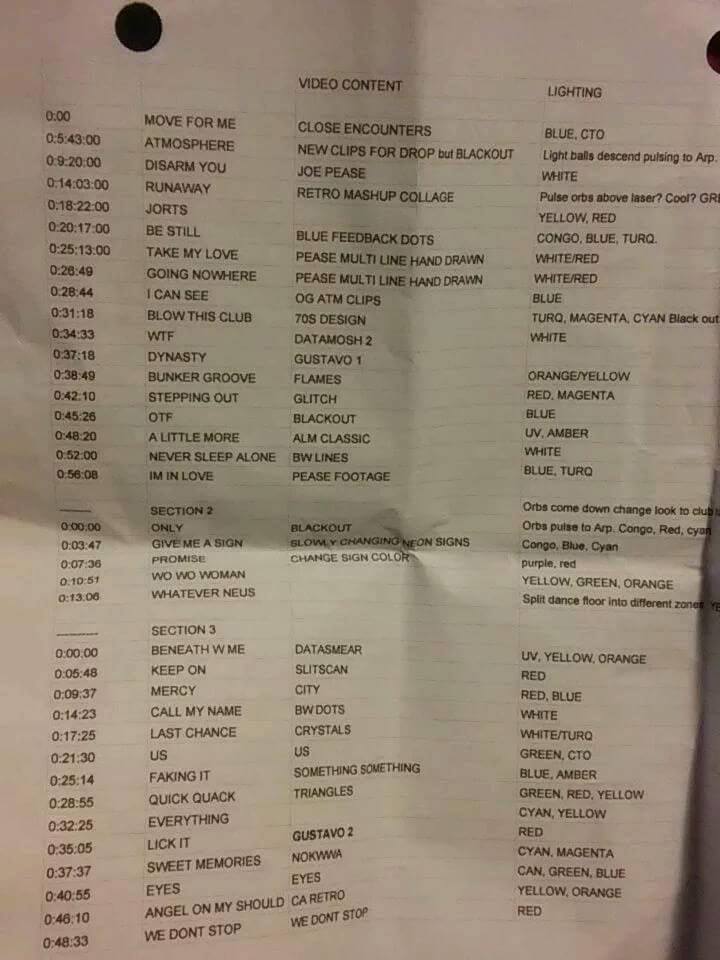