“They’re coming back to a festival that’s gone from 30,000 [attendees per day] to more than 50,000,” says Craig Nyman, LIB’s head of music and live performances. “It was two days the first year and we probably had 40 acts. Now we’ve grown to a three-day festival with 75-plus artists, an ideas and comedy program and art murals that are Downtown all year. It’s incredible to think about what’s happened in six years, and I think it will be fun to have these artists come back and see that growth.” 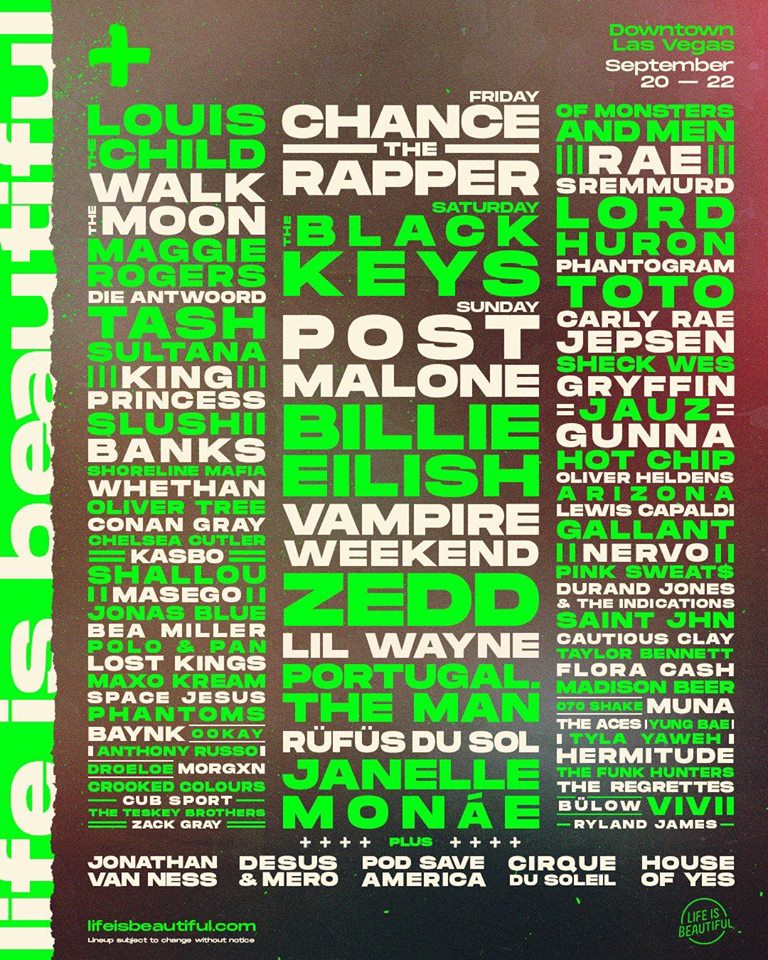