Home
News
Life is Beautiful Music and Art Festival has released the soundtrack that will fill the stages of Downtown Las Vegas with a powerful and diverse lineup that crosses generations during the multi-day festival, September 23 – 25.
Festival goers will be introduced to more than three-dozen of the world’s most celebrated music artists set to perform over the three-day weekend. This year’s artists include GRAMMY® winner Mumford & Sons, award-winning hip-hop star J. Cole, legendary rock-band Jane’s Addiction, Platinum recording artists and folk rock-band The Lumineers, American dance music artists Major Lazer and more.
The 2016 lineup was introduced in true Vegas fashion with Life is Beautiful 2016 trailer. The energy-charged short video is an ode to the city and celebrates its past and present with reenactments of scenes from “Casino” and “Fear and Loathing in Las Vegas,” as viewers venture through landmarks such as Fremont Street Experience, Neon Museum, High Roller Las Vegas and more. The whole city got together to create the video including celebrities such as Penn & Teller; Absinthe’s Gazillionaire and Penny Pibbets; Oscar and Mayor Carolyn Goodman; Elvis; the UNLV Student Section and others, bringing the announcement come to life.
General on-sale tickets for the three-day festival will be released on Friday, May 20 at 10 a.m. PDT on LifeisBeautiful.com. Regular General Admission 3-day tickets will be available for $285; and Regular VIP 3-day tickets will be available for $655. A limited number of advance tickets will be available on a first-come, first-serve basis. Once the advance tickets sell out, Regular General Admission and VIP pricing will apply.
Last year, more than 100,000 fans took over the streets of Downtown Las Vegas for the all-ages cultural experience as they explored incredible art installations, savory culinary creations and inspirational learning sessions.
BUY TICKETS HERE 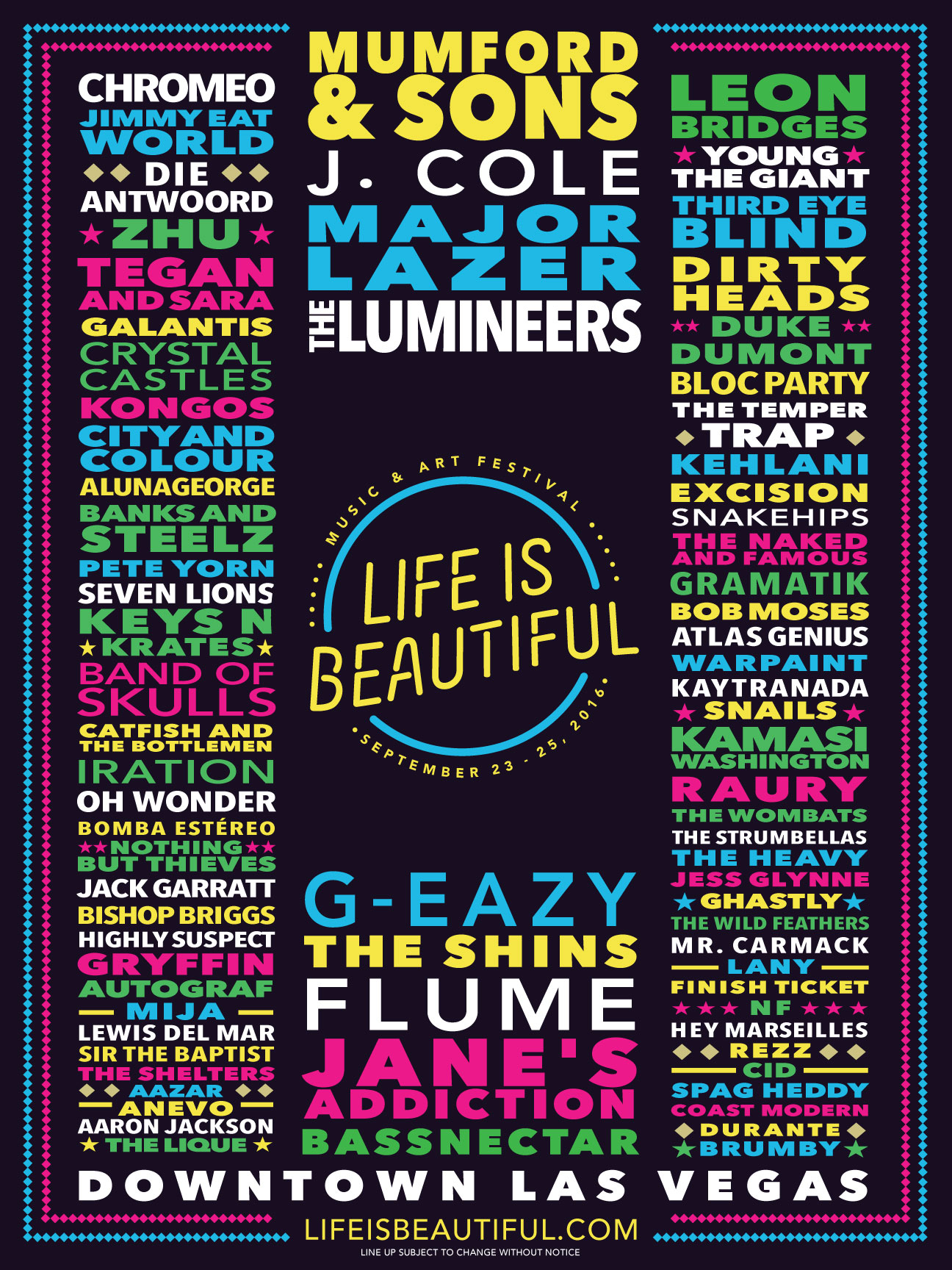