Following SFX’s big and sudden fall from grace, one of the biggest things the dance music community misses is Tomorrowworld. The Weekender had all of the production value, prime location, great camping and amazing lineup that Tomorrowland in Belgium had but was located in the states. While LiveStyle has come to prominence now, not too much word has cycled through about the return of Tomorrowwold that was promised.

“We [LiveStyle] continue to work with our partners to bring Tomorrowland to new territories outside Europe and to return to the USA and Brazil.” 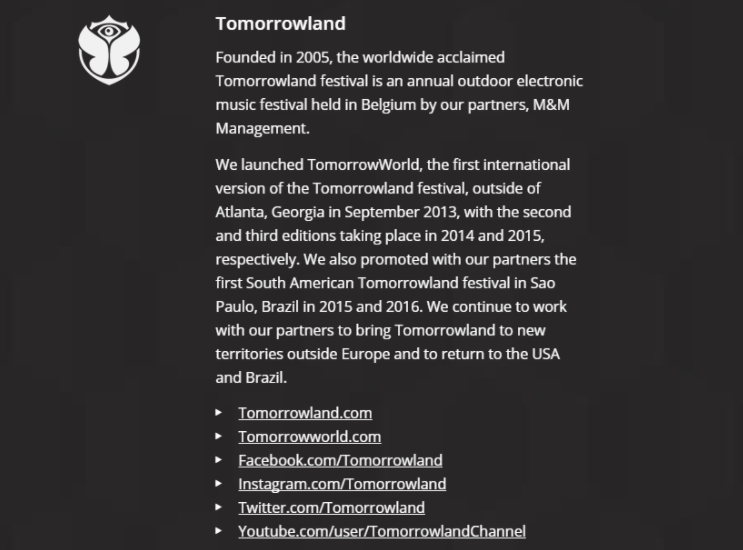 With a new team (including HARD founder Gary Richards) on board with the rebuilding of TomorrowWorld, we know that it’s going to come back better than ever…be it in Georgia, the East Coast, or even somewhere in the West (perhaps where One Tribe was supposed to be??)