The Weeknd, Bruno Mars, Jack White, and Arctic Monkeys top the lineup for the 2018 edition of Lollapalooza, which promoters announced Wednesday.

White’s headlining spot represents a return for the revered rocker, who closed Lollapalooza’s 2012 installment with an energetic set. Meanwhile, Arctic Monkeys and the Weeknd have been upgraded to headliners since they last played the festival, in 2014 and 2015, respectively. And Lollapalooza staged something of a coup in booking Mars, who rarely plays festivals and will embark on another leg of his 24K Magic arena tour in September.

Beyond the headliners, Vampire Weekend’s appearance will be their first full show since a June 2014 Bonnaroo gig and comes as the band continues to tease their eagerly awaited fourth album. Muse, the Killers, Chance the Rapper, and Arcade Fire topped Lollapalooza’s bill in 2017.

See this year’s full lineup below! 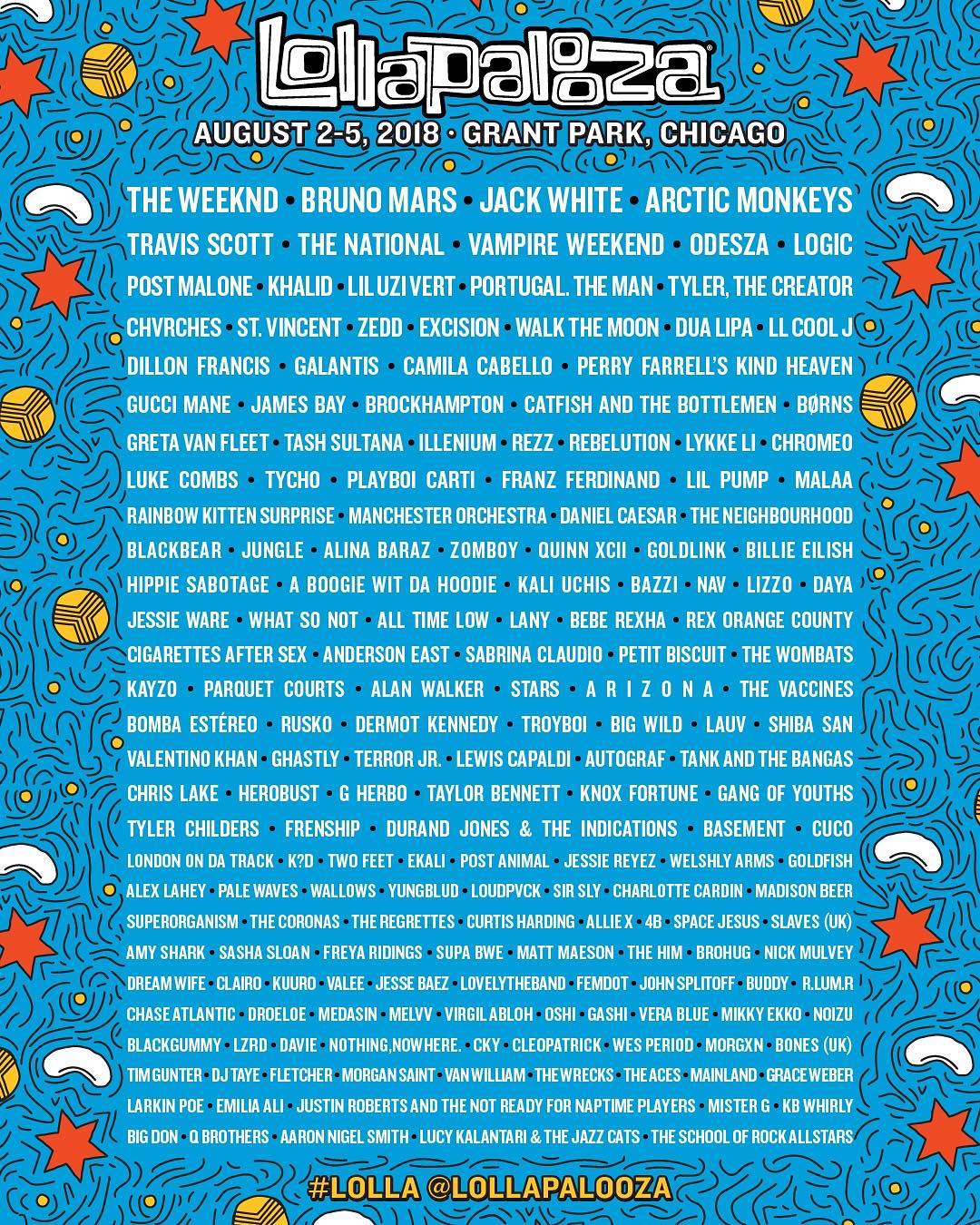