With an image that’s sure to throw you off the trail of finding his(her?) identity, Malaa has announced a tour through the states to side with the release of his new Illegal Mixtape. The tour begins in Vancouver at the end of April, running through Las Vegas, Santa Ana, LA, and ending in New York on May 5th. The mixtape itself is dropping April 17th; for those itching to hear more new tunes from his own studio, this is a tour you should put on your to-do list for those fun nights between festivals. Till then, listen to his recent Ultra Music Festival Miami set down below.

Tickets to the tour are now on sale! 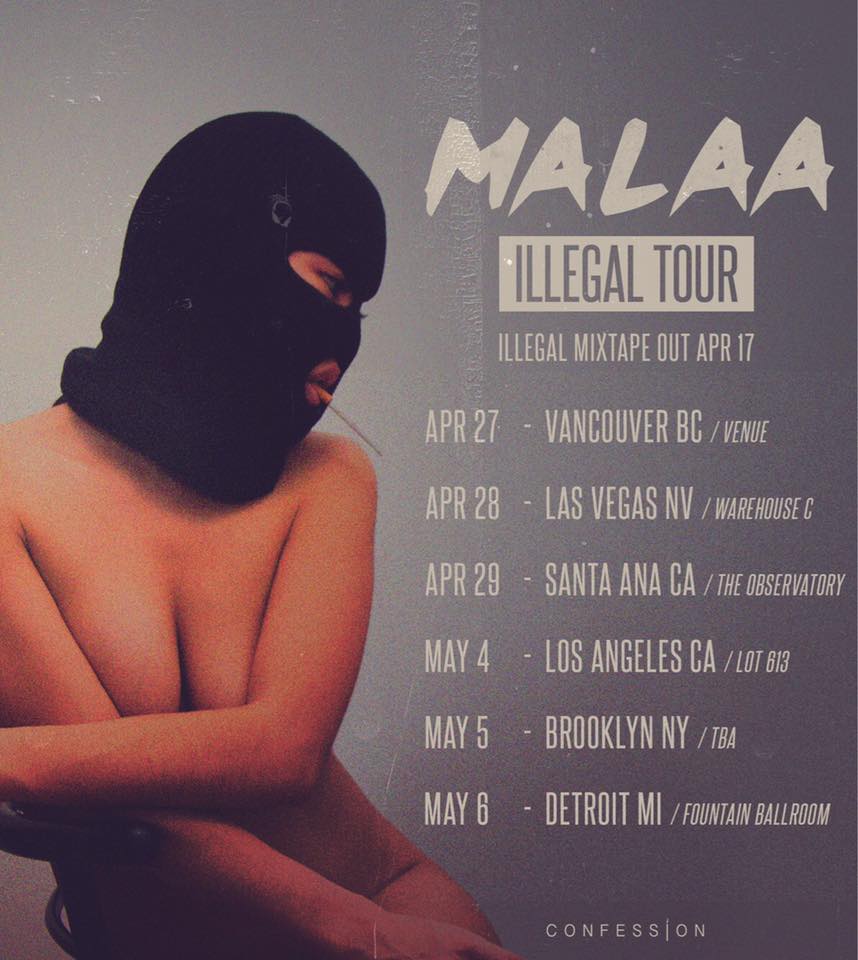