Insomniac announced the return of North America’s longest-running dance music festival, Nocturnal Wonderland 2016, to Southern California on Labor Day Weekend. For the second year in a row, the festival will span three full days, September 2, 3 and 4, at the San Manuel Amphitheater & Grounds. Headliners from all over the world will come together to immerse themselves in a celebration of music, art, creativity and community.

Headliners will also have the opportunity to camp on the lush green grounds of the venue for up to four nights. Late night Disco parties, early morning yoga, exclusive food options, creative activities and many surprises will be exclusive for campers sleeping under the stars in the Nocturnal Wonderland campgrounds. Brand new VIP “glamping” options will be announced in the coming weeks for those looking to join the positive spirit of the camping community with a turnkey experience.

Last year, Nocturnal Wonderland hosted 85,000 attendees for the festival’s historic 20-year anniversary. Spanning three days for the first time, guests enjoyed over 115 artist performances, a campground tripled in size, complete with a Water Park and Silent Disco, virtual reality activations and the fan-favorite YoYo carnival ride. Each night was highlighted by a six-minute nostalgic intermezzo full of fireworks, pyro and confetti at the Labyrinth stage. 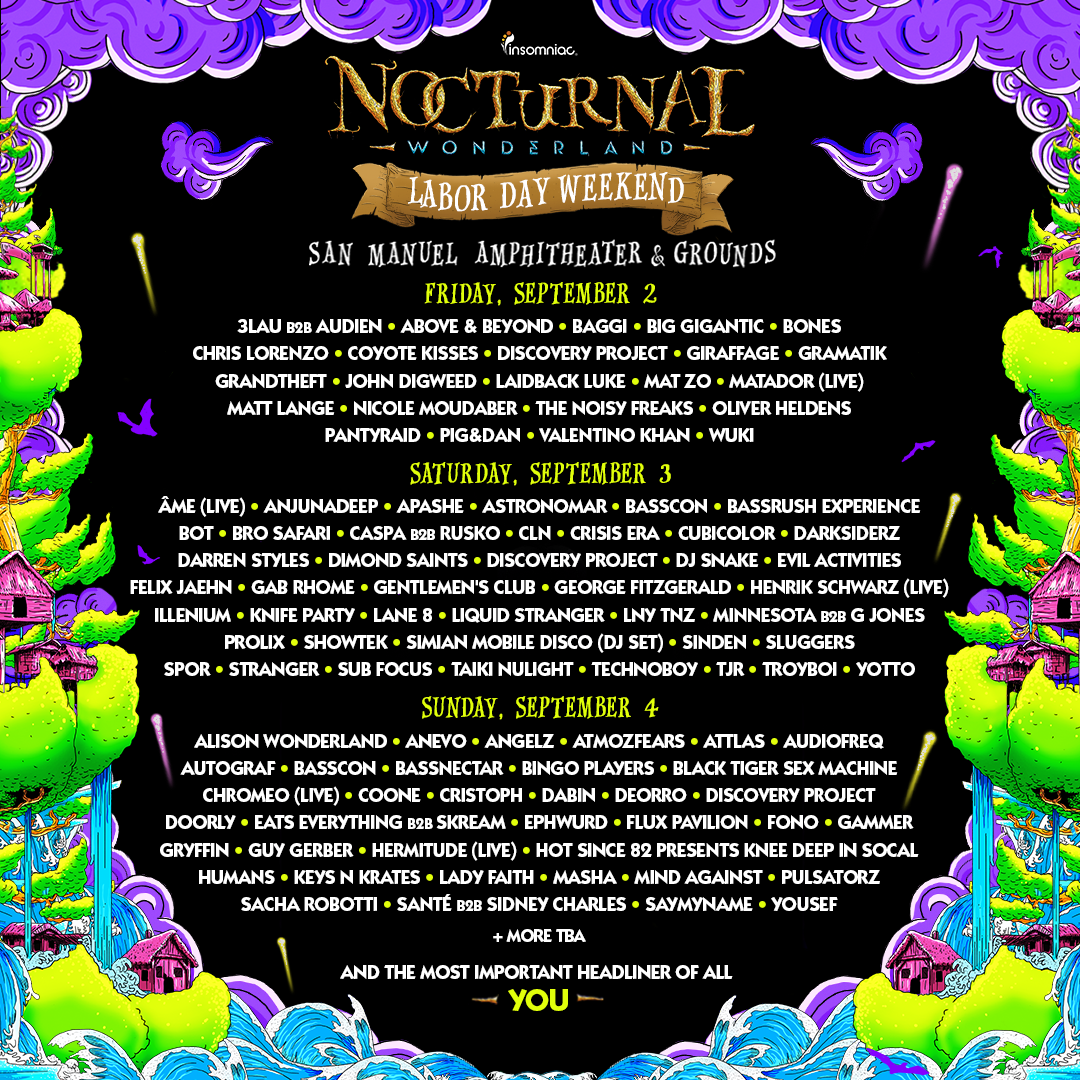