Deadmau5, Malaa, Sian, Seven Lions, 4B and more are set to play Nocturnal Wonderland 2021 This Fall.

Nocturnal Wonderland, North America’s longest-running dance music festival, will feature DJs flexing on a number of dance music genres as they lay the beats that create the soundtrack of Headliners’ voyage through the festival grounds. Attendees will enjoy Insomniac’s top-of-the-line production paired with blacklight-inspired art installations and of course roaming theatrical characters unique to the Nocturnal universe. As with last year’s Nocturnal Wonderland, Headliners will have the option of camping with their fellow festivalgoers in expansive campgrounds that features a number of activities such as yoga, arts & crafts, and a silent disco with amenities including showers, bathrooms, and food and beverage options.

Tickets for Nocturnal Wonderland 2021 go on sale Friday, July 16th at 12pm PT. Head over to their website for more details and to grab tickets 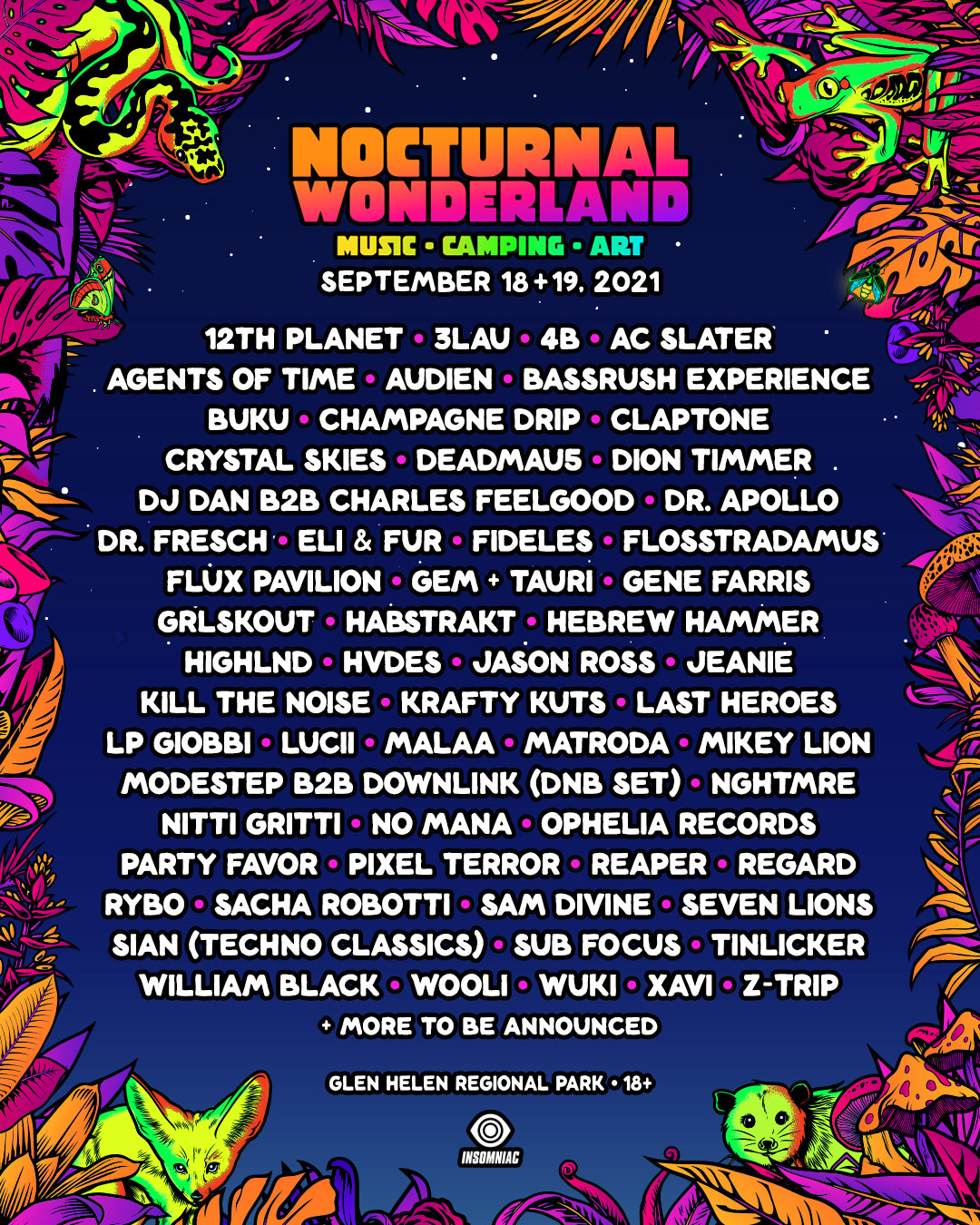